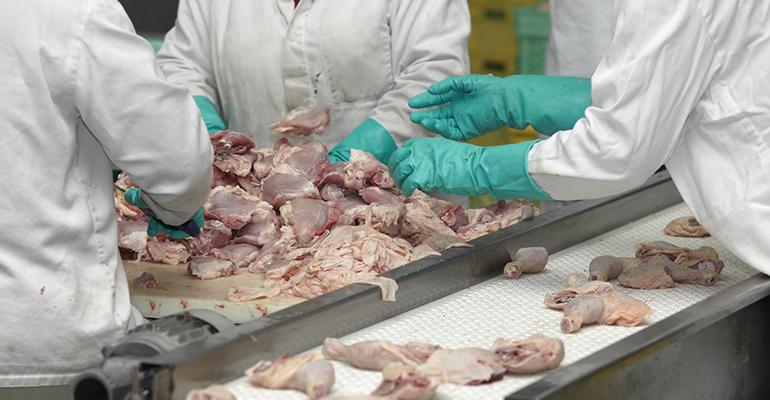 OSHA to start process to protect workers from extreme heat

The federal government will create a heat standard to protect employees from extreme heat, which can cause serious injury or even death, the Biden administration announced Monday. The new rules, which will be developed by the Occupational Safety and Health Administration, will protect people who work both outdoors and indoors, The Counter reports. With the administration's support, the rules could go into effect in less than four years, a former OSHA staffer says. So far, only certain states have provided heat protection for workers.

The union representing Nabisco employees in five states announced on Saturday that members approved a new four-year contract, ending a weeks-long strike. The contract includes a retroactive wage increase, new workplace policies and more, according to The New York Times.

PepsiCo sets goal to reduce its use of virgin plastic

Much of the talk about reducing the use of plastics has involved recycling the plastic we already use. Recently, PepsiCo announced it plans to reduce the company's use of virgin plastic 50% and increase to 50% the amount of recycled plastic used in all of its product packaging. Greenbiz.com reports on this and other corporate efforts to reduce plastic use.

Can everyone on Earth live with paved roads, hospitals, schools, decent housing and clean water—without driving greenhouse gas emissions beyond the stratosphere? A new paper, published in the Environmental Research Letters journal, says it can happen. Grist explains the study and its results so more of us can understand it.

David Welch, chief scientific officer and co-founder of Synthesis Capital, says public uncertainty about GMO foods took hold before the scientific community was ready to respond. "There’s an opportunity for the industry to work closely together to make sure that the science is communicated in a non-confusing way," and it's important for the industry, governments and academics to develop a common language to avoid confusion, he tells The Spoon.