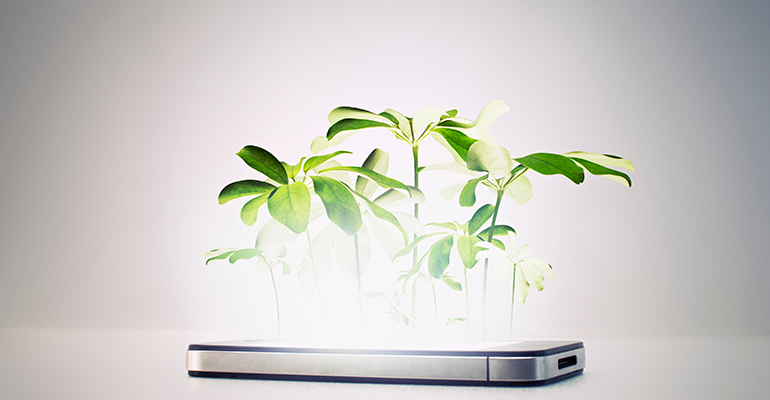 Scientists receive $25M to learn to talk with plants

The emerging field of plant communication just got a hefty dose of cash: A new grant from the National Science Foundation will go toward creating a center that will study what researchers are calling “digital biology.” Digital biology is focused on creating technologies that can enable two-way communication between humans and plants. That will involve figuring out how plants interact with their environments, and then further figuring out a way to collect and interpret those interactions. Theoretically, researchers could then use that data to provide whatever the plant is “asking” for. Modern Farmer reports.

New Jersey-based meat producer Do Good Foods is poised to roll out its first product after securing a $169 million investment from asset-management giant Nuveen; the company uses recycled food waste to make its supplemental animal feed. Basically, it collects excess groceries that can’t otherwise be donated from a network of supermarkets, hauls them to a nearby facility and converts the food into feed. Thanks to the recent investment, Do Good expects its chicken to hit supermarket shelves in January, with other types of meat to follow. Bloomberg has the lowdown.

Kellogg employees remained off the job Wednesday, Oct. 6, a day after going on strike as a result of an impasse regarding vacation, health care, holiday compensation and more. Eater writes that Kellogg’s has threatened to send additional jobs to Mexico if workers don’t accept the company’s proposals. If you ask Kellogg's, however, the company maintains that the workers’ pay and benefits “are among the industry’s best,” with average salaries of $120,000 a year.

As climate change-fueled extreme weather events such as storms and droughts become more frequent and intense, farmers and others in the agriculture community across the country are increasingly feeling the brunt and contemplating a dark future. Beyond the inherent stress of farming, they face anxiety, depression, and grief linked to a fast-changing natural environment on which they’ve staked their livelihoods—at a time when few mental health-related resources are available to them. Civil Eats delves into their stories.

Busy urban professionals and families now have the option, from a bevy of startups, to receive groceries in an hour or less. Most recently, startups are vying to bring shoppers food in 15 minutes. But is that business model too good to be true? Vice points out that it would be difficult for any company to turn a healthy profit by delivering food in mere minutes for no additional cost without making life miserable for workers. As of right now, venture capitalists appear to be footing the bill for the majority of them.