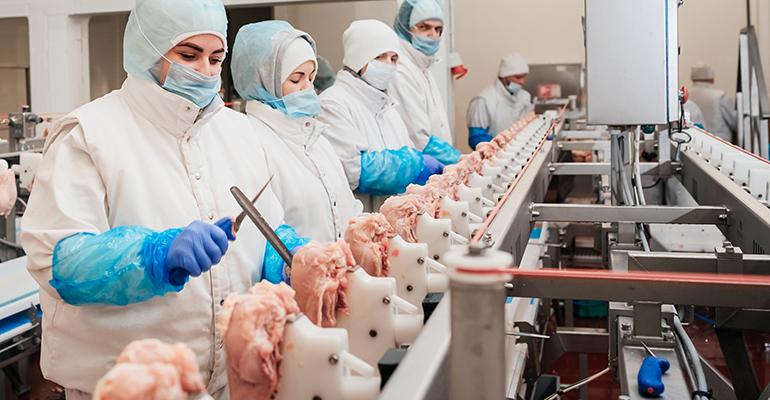 Organic or conventional, poultry processed at the same plants

Using a proprietary app and crowdsourcing, ProPublica tracked where chickens in different stores across the country are processed. Turns out, brand names and labels leave a lot of information behind the curtain of consolidation. Organic chicken from Whole Foods and conventional chicken from Kroger might have been processed in the same plant. Conversely, poultry with the same label could have been handled at different facilities, which might have different levels of salmonella.

Climate change: A look at food and farming's role

How to build a fair and just 'blue economy'

Islands and coastal communities already suffer the consequences of rising seawaters and crashing ecosystems—and it's too late to fix what is happening. We must think differently and let those communities be the leaders as we build a resilient blue economy "that uses ocean resources sustainably and promotes social and economic justice," Laura Deaton, executive director of Multiplier, writes in Greenbiz.com.

Greta Thunberg: Autism disorder forces her to live her values

Climate activist Greta Thunberg, 18, remembers hearing about the climate crisis when she was a young girl. She then spent time reading and understanding the issue. "And based on the things that I read, I drew the conclusion that was very, very serious," The Washington Post quotes her in a newly published interview.