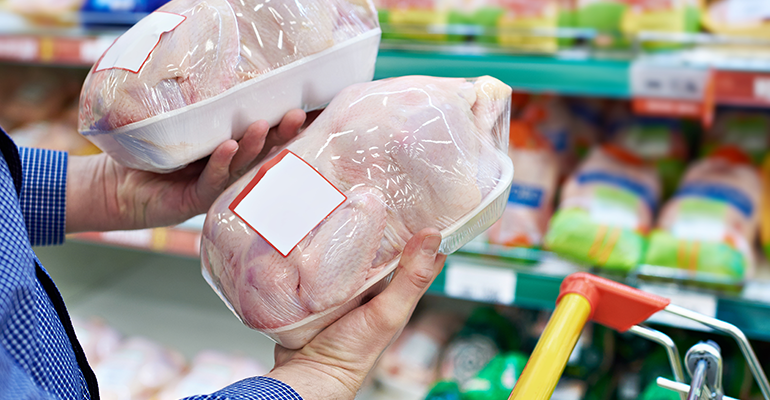 The Global Animal Partnership plans to toughen standards, effectively lowering the number of chicken breeds that meet its animal welfare guidelines, per The Food Institute. The partnership, which has a five-step process for certifying animal welfare, is promoted by Amazon and several other major food companies; experts note that it will be nearly impossible for the 90% of breeds that currently make up U.S. production to comply with the new animal welfare standards, which are expected to be released in coming weeks.

Hunger continues to plague Americans. Here's why, and what to do about it

Food insecurity was a sizeable nationwide problem prior to the pandemic, and although federal assistance programs had a positive impact on it during COVID-19, the future of such policies remain in limbo. Civil Eats delves into the key impact of federal assistance programs (among them the SNAP program and the Special Supplemental Nutrition Program for Women, Infants, and Children) when coupled with cash and cash-like resources that became more commonplace during the pandemic (such as P-EBT cards and stimulus checks). Emergency feeding networks are also an important piece of the puzzle, because these operations reduce food waste in addition to feeding hungry families.

Consumers eating at home leads to higher sales for Kroger

Despite sustained high sales, Kroger and other food retailers are recording lower profits, partly because they say they are spending more on sourcing and delivering products. Companies say they continue to wrestle with persisting shortages across a range of items such as pet food and beverages, and are spending more on freight, warehousing and labor to keep shelves stocked, according to The Wall Street Journal. That being said, consumer spending remains strong and grocery sales are higher than they were before the pandemic, as people continue to work remotely and cook more at home.

Maryland’s attorney general has officially sued Monsanto, which at this point is basically Bayer, in an effort to receive payment for an extended period of environmental damage. Modern Farmer notes that the lawsuit seeks damages from Monsanto’s sale of polychlorinated biphenyls, or PCBs, of which the company was the exclusive North American producer between 1930 and 1977. PCBs are incredibly persistent in the environment and are highly toxic to humans, animals and ecosystems in general. They were banned in 1978, and disposal regulations were written in 1979, but their damaging impact has lasted until the present day.