[email protected]: Startups get creative with food sampling | Shoplifting spikes in US 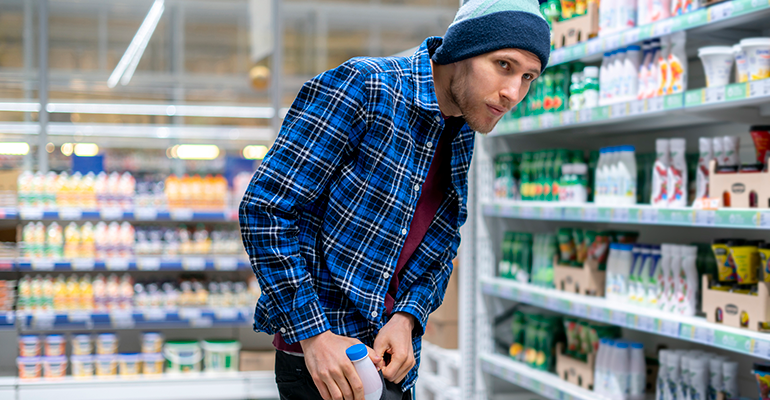 Startup food brands are getting creative with sampling

In-store sampling is on hold for the forseeable future, but that doesn't mean emerging brands have given up on getting prospective customers and retailers to sample their products. As Modern Retail explains it, brands are partnering with restaurants and cafes or giving away free samples of their products with existing orders. For instance, one alternative milk brand made from pistachios is partnering with coffee shops and chains to boost its consumer awareness.

Shoplifting spikes in US amid increasing desperation as pandemic drags on

Unemployment and food scarcity rates in the U.S. are a an historical high, so it comes as no surprise that a growing number of Americans are turning to shoplifting to feed themselves and their families. Data show that shoplifting has increased this year in areas with sustained spikes in unemployment. Staples like bread, baby formula and pasta are some of the most-shoplifted items as reported by stores. Forbes reports.

Retailers requiring shoppers to wear masks are facing an enforcement dilemma. Employees who by and large aren't being compensated for their essential service during the pandemic (while big-box retailers reap enormous profits) are now being expected to argue with ardent anti-maskers who refuse to wear the facial covering. These customers have become both verbally and physically abusive toward employees. Vice expands on the lack of federal guidance that got retailers into this sensitive situation.

How 90s nostalgia took over the snack aisle

Brands that are taking a better-for-you approach to beloved 90s snacks (think sugary cereal and chicken nuggets) are finding major success among the millennial crowd. Nostalgia, according to Inside Hook, helps startups break through the competition by creating an "inherent familiarity, a sense of mutual understanding and identity" on shelf.

Biden’s choice to lead USDA is sparking a broad backlash. Here’s why

Environmental advocates, Black farmers, food safety champions and critics of corporate agribusiness are pointing to Tom Vilsack's centrist policies as an indication of how little he will advance important issues in the agriculture space. Employees have alleged that Vilsack ran out the statute of limitations clock on many discrimination complaints and skewed data to hide the decline in Black farming. Vilsack has also been accused of knowingly allowing the decades-long culture of sexual harrassment at USDA's Forest Service to persist and refusing to hold perpetrators accountable. The Counter delves into the disappointment.