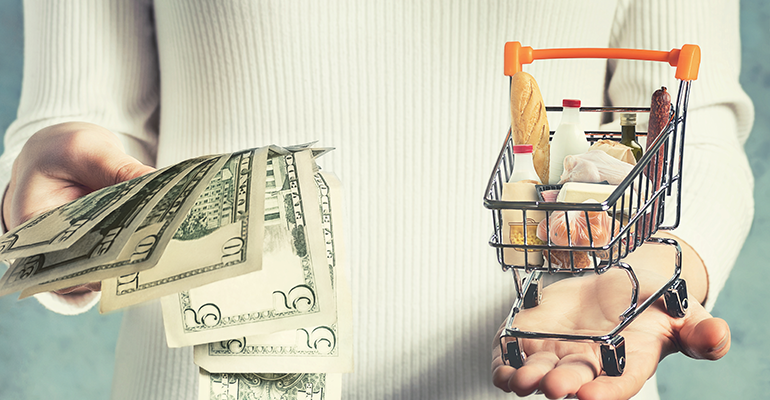 Experts say that the supply chain backlogs wreaking havoc on retailers' and brands' holiday season plans won't ease up until well into 2022, if not not 2023. A shortage of truck drivers, congestion at rail yards, lack of warehouse capacity and an inability to get empty containers back to where they’re needed all indicate that the situation will only get worse in the coming weeks. One expert interviewed by The Food Institute points out that this so-called "everything shortage" is likely to turn into an "everything surplus" as a result of the supply-side overshooting demand, which brings with it its own challenges.

Food prices are being pushed to historic highs, but what is the main driver behind this phenomenon? Actually, what economists call "real" prices of food have been steadily increasing since the year 2000 despite global efforts, effectively making nutritious food less accessible for everyone. According to Modern Farmer, something that deserves attention is the number of times since the year 2000 “unpredictable” and “unfavorable weather” has been reported by the FAO to have caused "reduced harvest expectations" and "production decrease." Barring any radical changes, the current climate breakdown will continue to reduce international access to imported food.

Factory farms of disease: How industrial chicken production is breeding the next pandemic

Chinese virologists are highlighting evolving avian flu variants in the country in an effort to curb the next world-shattering pandemic, writes The Guardian. The WHO suspects, but cannot state definitively, that COVID-19 can be traced back to the intensive breeding of animals in the region's many barely regulated wildlife farms. Basically, the overuse of antibiotics, overcrowding and the genetic similarity between animals provide ideal conditions for many bacteria, viruses and other pathogens to merge, mutate, spread and then infiltrate human bodies. And it isn't just poultry and pigs; scientists now believe that the intensive breeding of any animal increases the risks of animal-to-human infection.

Winemaking involves an intimate knowledge of climate in one's growing region, which is why today's climate change is throwing these and all agribusinesses for a loop. Eco-friendly methods such as drip irrigation are no match for wildfires and warmer temperatures sweeping the globe, plus all of the pests and diseases that come into play with warmer climates. One solution being put into practice is growing grapes at higher elevations and further north, which is why some California wineries are moving operations to Washington state. Another unknown is how these changes will affect the taste of the wine and by extension its appeal to wine-loving consumers. The Counter has the scoop.

The flood of climate disasters has the food system reeling. It's time to act

As you might imagine after reading the above articles, the stakes for our food supply chain as it relates to climate change have never been higher. And the worst thing about this problem is that yes, the food system is being rocked by climate change, but it also plays a huge role in engendering it. Big farming operations and food corporations are scrambling to revamp their supply chains and position themselves as instrumental to recovery, although Civil Eats contends that small-scale farmers and ranchers will be the true heroes of this particular challenge. The food system problem also lies at the intersection of individual and systemic action, with everyone having a hand in how it all unfolds.