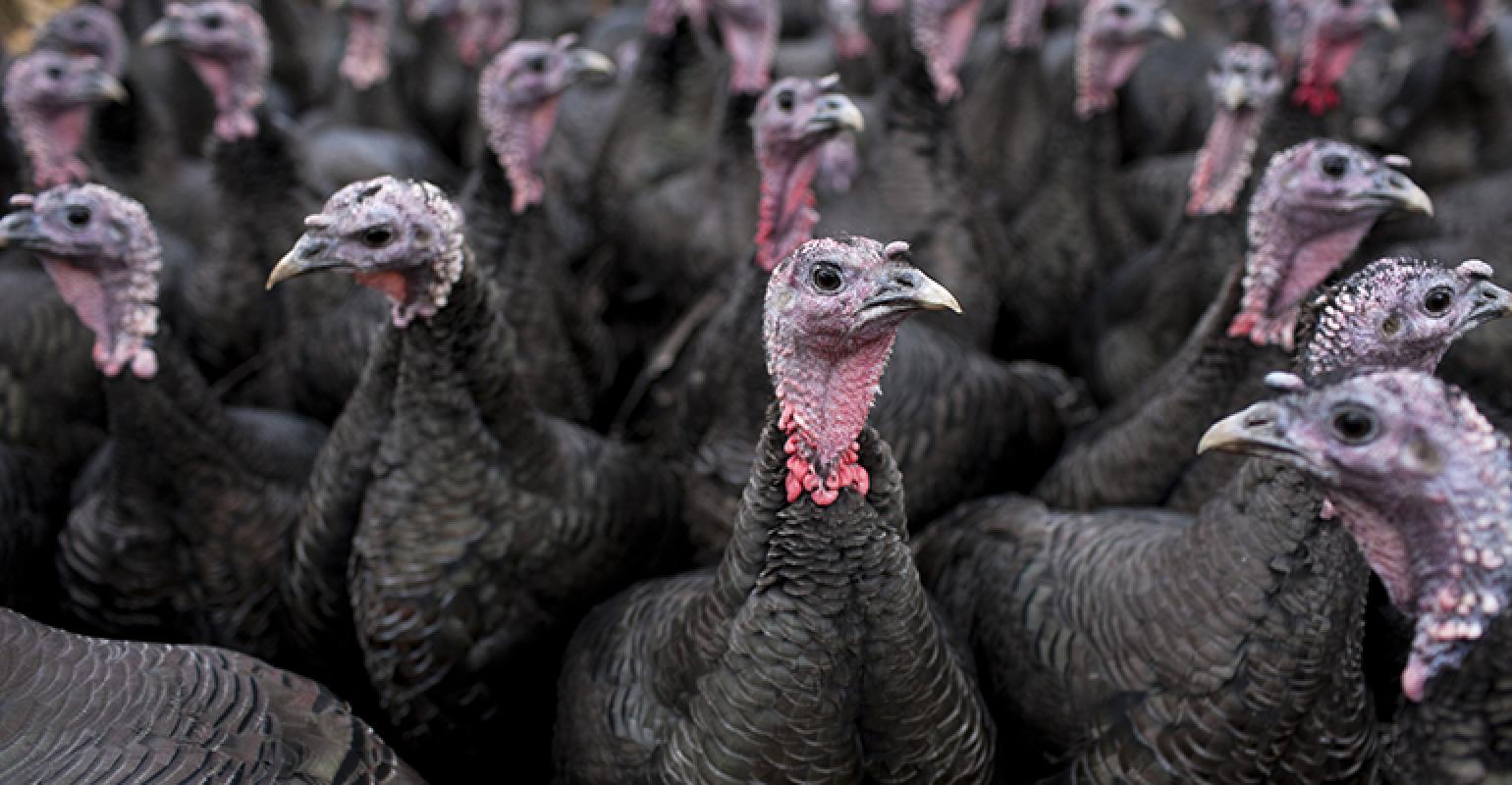 In search of a 'regenerative' Thanksgiving turkey

While herbivorous ruminants have taken center stage with regard to the conversation surrounding regenerative agriculture, some poultry farmers are attempting to get in on the movement by raising their animals on pasture with other species in a rotational grazing system. Other farmers are making an effort to either partner with a neighbor that grows grains or produce enough feed from their own land and use the nutrients the turkeys produce to fertilize it. And one notable new farming method for poultry uses a silvopasture model that relies on carbon-sequestering perennial trees and shrubs that also provide shelter from predators. Civil Eats reports.

COVID-19 made our food system more vulnerable. Turns out it also generated massive amounts of waste

A new report shows that 2020's meat plant closures caused farmers to destroy no less than 29,000 tons of pork and millions of pounds of chicken meat. This highlights the inherent problems of the massive consolidation within the global meat industry at the expense of small- and midsized operations. The authors state that even the crops that were used to feed these animals should be considered food waste as well, because that land could have been used for crops that humans eat. Food waste at a time when millions of Americans are going hungry is especially problematic, prompting several politicians to push for legislation to break up food monopolies. Get a deeper look into the issue at The Counter ...

A hypothetical DIY meal kit that grows steaks from human cells has been nominated for "design of the year" by the Design Museum in London. Scientist Andrew Pelling, artist Orkhin Telhan and industrial designer Grace Knight embarked on the project as a means of critiquing the lab-grown meat industry's dubious ethics when it comes to animal cruelty (it mainly relies on fetal bovine serum to produce animal cell cultures). Read more at Fox News ...

Chocolate makers are having a hard time cutting down on sugar

Low-sugar chocolate candy has historically failed to impress consumers, and companies are still struggling to slash the sweet stuff even as government mandates to reduce consumption of it go into effect. This is because sugar affects its texture, how quickly it melts and how big the chocolate product is. Some companies are innovating in allulose, a natural sugar found in figs and raisins, while others are replacing it with ingredients like soluble corn fiber. Head to The Wall Street Journal for the scoop.

Both Walmart and Home Depot posted earnings reports that emphasized how profitable the pandemic has been for them last week. Disposable income that once went toward eating out, going to concerts or traveling has been shifted to at-home endeavors. And with a new round of lockdowns imminent across the nation, the consistent stockpiling behavior is expected to hit new highs. Learn the latest at Bloomberg