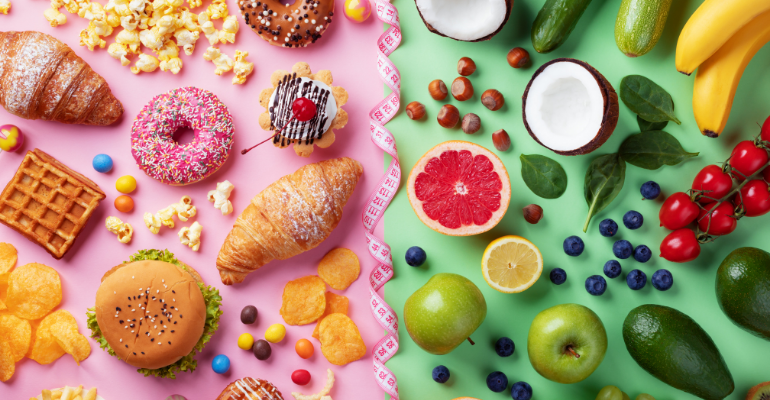 Diet-related diseases pose a major risk for COVID-19. But the US overlooks them

Other countries have recognized the deadly role diet-related health conditions play in the fight against COVID-19 and begun instituting policies to crack down on unhealthy diets. However, there has been no similar wake-up call stateside. The mainstream sentiment has long been that any government intervention in one's diet is an "assault on American liberty," per Politico, but this is contrary to science that shows once humans reach obesity status it can be nearly impossible for them to lose the weight without significant support. Agriculture Secretary Tom Vilsack is one of the only Biden administration officials who broaches the subject, noting often that the government now spends more treating diabetes than the entire budget of the USDA.

The lack of clear standards over definitions and labeling could prove to be a serious obstacle for plant-based brands over the next few years, reports Green Queen. Consumer confusion surrounding the difference between terms such as "plant based" and "vegan" will feed into this, plus a lack of nutritional equivalency guidance between real animal products and their plant-based alternatives. One expert included in the article noted that FDA and and USDA will be scrutinizing plant-based brands under a microscope to ensure consumers are protected from a health and safety standpoint in the marketplace.

Coca-Cola buys full control of Bodyarmor for $5.6B in its largest-ever brand acquisition

Coca-Cola announced Monday it has bought full control of sports drink maker Bodyarmor for $5.6 billion, which touts its products as healthier than market leaders such as Powerade. This move marks Coca-Cola's largest brand acquisition to date and is part of its larger strategy to increase variety within its beverage portfolio and kill brands that aren't doing well. Owning Bodyarmor will help the company gain market share in the sports drink category, although PepsiCo’s Gatorade is far and away the market leader with roughly 70% market share. The brand’s retail sales this year are expected to be more than $1.4 billion, up about 50% in 2021. Learn more at CNBC.

Why chefs are ditching avocado

Chefs are creating alternatives to classic beloved dishes (think guacamole) that are void of everyone's favorite unsustainable fruit, the avocado. They've been called the "blood diamonds of Mexico" because of the negative effect the avocado supply chain has on Indigenous peoples in South America. They're challenging to replace, but there are sustainable alternatives that lend that same creamy, protein-rich flavor; one such alternative ingredient is the fava bean, and one chef interviewed by The Guardian promises that his blend of pistachios, pine oil, cucumber juice and fermented gooseberries is indistinguishable from conventional guacamole.

According to Ohio State News, shoppers aren't going to be deterred by higher prices as a result of sugary drink taxes unless there is a label on those products explaining that the price is higher and why. A new study indicates that price tags should mention the tax, but omit the amount it adds to the overall cost, because consumers tend to overestimate how much the tax is. The study also found that these labels did not hurt sales for stores, because shoppers were likely to just substitute the beverage for a healthier product such as water or other low-calorie beverages.