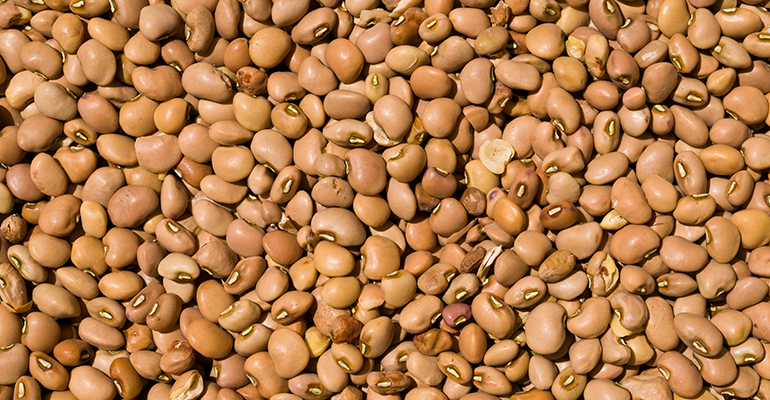 Beans may be the 'food of the future,' but US farmers aren't planting enough

Beans are amazing. They're shelf-stable (which is why sales skyrocketed for the category amid lockdowns) and nutrient-dense, not to a far more carbon footprint-friendly source of protein compared to beef. This all being the case, Civil Eats digs into why American farmers aren't upping the production of beans. Market forces and extreme weather events, oftentimes related, played a hand, but every industry source contacted for the article reported that a major increase in prices for commodity crops was the biggest factor affecting supply.

Food banks have it rough this holiday season: They're grappling with both increased demand from consumers sidelined by the pandemic and surging food prices. The Food Institute writes that higher costs and shortages mean some families may get smaller servings or substitutions for staples such as peanut butter. Donated food also more expensive to move now as a result of increased transportation costs and bottlenecks at ports. However, many of these operations are expanding following the glaring need that arose out of COVID-19.

Brick-and-mortar stores dedicated to Instagram-popular DTC-forward brands are popping up across the country, per Eater. They cater to consumers who aren't necessarily after gourmet fare, simply what's cool and new. And they're finding major success through this blend of familiarity and trendiness; one such retailer, Foxtrot, recently announced it plans to open 50 stores over the next two years. Plus, the mid-priced, fancy-yet-unfussy nature of these stores means oftentimes affordable natural-leaning products get a huge boost, too.

Food and agriculture takeaways from the COP26 climate conference

It's been a hectic two weeks chock-full of climate discussions, and now Modern Farmer is highlighting some important food- and agriculture-related COP26 info to note as countries begin to put climate plans into action. Firstly, hundreds of governments agreed to incorporate the food industry into their climate plans as part of the Glasgow Food and Climate Declaration. Secondly, the U.S. committed to reducing its carbon emissions by half over the next decade, and also pledged $1 billion in a joint initiative toward sustainable agriculture solutions. Notably, USDA would not commit to lessening meat production or consumption.

A global protein transition is necessary to keep warming below 1.5 degrees Celsius

Despite what USDA has to say about the subject, Good Food Institute pushes the narrative that it will be impossible to meet the goals of the Paris Agreement without a global shift in protein production (see above: beans!). Alternative proteins can play a leading role in the global protein transition by significantly reducing food system emissions while freeing up considerable amounts of land for additional climate mitigation strategies, food security and protection of biodiversity. However, until they reach price and taste parity, these products will stay niche.