[email protected]: What a meatless future would mean for farmers | Can we solve America's food appropriation problem? 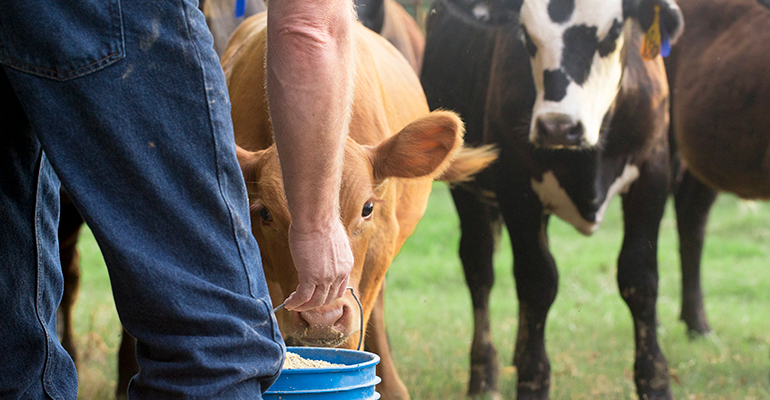 What a meatless future could mean for farmers

Is the demise of animal-derived products nigh? The future appears bleak for both conventional meat and dairy, and while environmental activists are thrilled at this prospect there are several groups whose livelihoods will be thrown into question as a result. This was the premise behind a recent report that surveyed 37 experts on the challenges ahead for a potential plant-based future and found three types of people whose livelihoods could be most vulnerable: farmers who grow soy and corn for animal feed, contract farmers who grow pork or poultry for Big Meat and meatpacking plant workers. Vox notes that there are a number of experimental projects underway to help animal farmers transition to crop production, but results have been mixed thus far.

Can we fix America's food-appropriation problem?

This Grub Street article explains why many news outlets' approach to the backlash over small business owner Karen Taylor's assertion that she (a white woman) is the "Congee Queen" and made the Asian breakfast staple palatable for American consumers failed to really grasp the extent of the problem at hand. Most Asians are not offended by white people cooking and selling slow-cooked rice, but the way this kind of appropriation works is that it links Westernization and whitewashing with sophistication and value, while deeming nonwhite cultures to be less refined. This is the angle Taylor took when marketing her products, and she also presumed that congee hasn't been innovated upon in myriad ways by many cultures over the decades—brands in China, for instance, use untraditional ingredients such as blueberries, apples and cinnamon frequently.

A mega-dairy is transforming Arizona’s aquifer and farming lifestyles

Small- to mid-sized dairy farmers nationwide are accustomed to milk prices below the cost of production, which has culminated in an industry-wide economic crisis. But another growing problem looms: mega-dairies, or dairy CAFOs (concentrated animal feeding operations). The Counter interviews people in Minnesota and Arizona whose local industry and resources have been monopolized by a deep-pocketed entity that has no regard for the massive amounts of pollution these kinds of facilities engender. These states also don't have regulations surrounding how much water farmers can pump in rural areas, which has led to aquifers drying up in these regions.

You can now buy OmniPork, Asia's most popular vegan meat, at 200 US Whole Foods stores

Asian alternative protein company OmniFoods just made its U.S. retail debut in 200 Whole Foods Market stores nationwide. The company announced that consumers will now be able to buy their 100% vegan OmniPork Ground and OmniPork Strip in the fresh food aisles of the specialty natural foods grocer. While alternative beef and chicken products have gained traction stateside, plant-based pork has been slower to emerge on the scene. The move means that OmniFoods products are now present in over 20 markets around the world, including the U.K., Malaysia, Thailand, Singapore and mainland China. Green Queen reports.

Two recent observational studies looked at the cardiovascular health of people who incorporated more plant-based foods into their diets and found that a nutritionally rich plant-centered diet is beneficial for cardiovascular health (we know, shocking!). However, this counterintuitively doesn't entail going entirely vegan; experts told Medical News Today that choosing minimally processed fare (even if it's animal products such as yogurt or fish) is key here, and it doesn't matter how gradual the shift to this manner of eating is or what stage of life consumers are in when they elect to do it. Plant-based power!