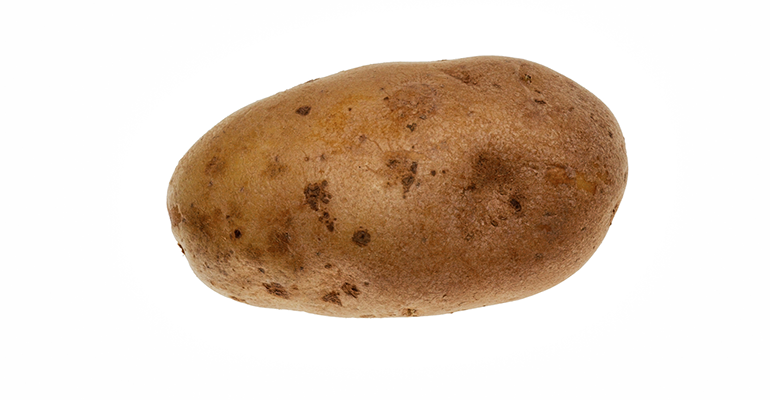 Potato milk might be the most climate-friendly dairy alternative yet

First we chose oatmilk over almondmilk because it requries less water to produce. Now an unexpected dark horse has emerged: milk derived from potatoes, which uses way less water than both oatmilk and almondmilk in the (still secret) production process. Food and Wine describes how the creator of potato milk, Swedish food researcher and Lund University professor Eva Tornberg, found a way to turn ordinary potatoes into a rich and creamy milk-like beverage by blending them with rapeseed oil and heating that combination. The resulting product is now on shelves; it is called DUG and comes in Original, Unsweetened, and a Barista version.

The hard seltzer category is in flux, but the next generation of hard kombucha brands has closed impressive funding rounds over the past few months. JuneShine recently wrapped a star-studded seed round for an undisclosed amount, while Jiant just closed a $2.3 million seed round. “Consumers are increasingly looking ‘beyond beer’ for alternatives that are gluten-free, low calorie and don’t have a ton of sugar,” Jiant co-founder Larry Hartel Jr. told Forbes. “Hard seltzer carried the banner for these consumers but the recent softening of that category is representative of what we’ve known all along—hard seltzer is the new light beer. As in, people drink it but they don’t like it. It gets the job done.”

Is 10 minutes the new gold standard for delivery?

Remember when getting food delivered in under an hour was novel? More delivery service companies than ever are now touting delivery windows in the 10 minute range, according to The Food Institute. These delivery startups are popping up worldwide thanks to skyrocketing expectations for online shopping and delivery throughout the pandemic. As a result, investors have seized the opportunity and are backing companies that will deliver a wide range of products, from pizza to baby products. One standout in this space is Turkey-based Getir, which received a valuation of $7.6 billion in July.

This colorful diet is linked to better brain health and memory

Yet another reason to eat your fruits and vegetables: Emerging research indicates that compounds found in an array of colorful produce play a role in protecting against cognitive decline. The team of scientists was “somewhat surprised at the strength of the association” between flavonoids and protection against cognitive decline “even with diet several decades before the assessment of cognitive function." But what specifically should we be eating? The list on Inverse includes strawberries, oranges, grapefruits, bananas, pears and celery. Yum!

There are 9.2 million job openings and 9.5 million unemployed in the U.S., with workers quitting their jobs at a near-record rate as companies seek to fill a record number of open positions. But it isn’t just older workers walking away from the labor market, nor is it only low-paid service workers; many people have gotten accustomed to the flexiblity that working from home provides and will more likely than not resign once offices are opened back up, or they used the pandemic as an excuse to launch their own small businesses. Doubts are also growing regarding whether the millions of moms who dropped out of the workforce to take care of their children will return in September. Market Watch has more details.