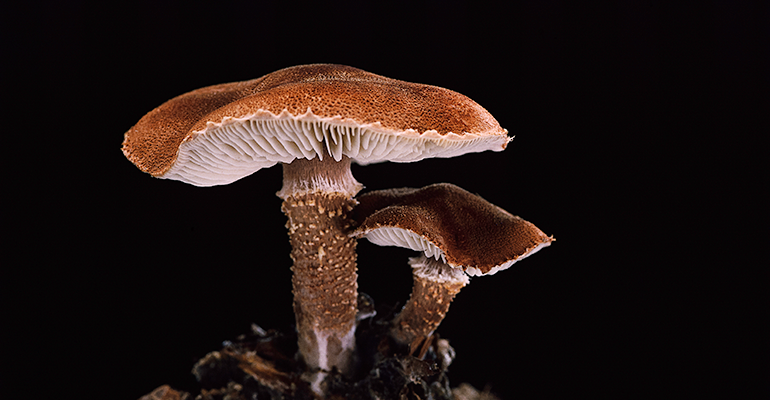 Food claiming to have 'wild mushrooms' rarely does, study finds

Truly wild mushrooms are incredibly expensive and require a high level of expertise to ensure one isn't selecting deadly species. However, because there is minimal oversight and regulations around the harvest and sale of wild fungi, many brands can and do get away with using cultivated fungi in their place while misleading customers through marketing and label claims. Reported on by Science Daily, a new study used DNA barcoding to show that 16 food products labeled with wild mushrooms mostly contained cultivated fungi (and a few poisonous mushrooms to boot!). Yikes.

The transition to solar- and wind-powered energy could be a reality in the U.S. in just a few short years. Right now the only missing puzzle piece is a clean electricity standard, which would be “the biggest change in our energy policy since the lights went on,” Minnesota Sen. Tina Smith told Vox in an interview last month. But it's inching closer to reality: The U.S. House of Representatives on Tuesday approved the outlines of a $3.5 trillion budget that includes at least $150 billion for a clean electricity standard, although every Senate Democrat will now need to agree on the clean electricity standard if they want to push it through the process known as budget reconciliation.

Budweiser Brewing Group is rolling out updated packaging after retailers in the U.K. reported that its alternate, eco-friendly cardboard packaging was "disintegrating" and causing unexpected waste. The brewer had removed plastic rings from four packs of Budweiser and Stella Artois cans last October in a move expected to save 250 tons of plastic each year. A spokesperson from the brewer’s U.K. and Ireland business told Better Retailing that while the company "carried out robust testing on our updated packaging and took all reasonable steps to make the packs as secure as possible, the removal of the plastic wrapping on the primary and secondary packaging has meant that additional care must be taken when handling."

Why Biden wants to break up the powerful US beef industry

The Guardian delves into the means by which today's uber-powerful meatpacking companies clawed their way to near-total dominance of the industry. Many believe that reducing the consolidated power of these big players is critical, not only to keep consumer prices low and ranchers in business, but to protect food security as well. This led to a recent executive action signed by the president that aims to increase competition in the beef industry, with the White House noting that, over the past five years, “farmers’ share of the price of beef sales has dropped by more than a quarter–from 51.5% to 37.3%–while the price of beef has risen."

It takes more than food to fight hunger

Hunger is a symptom of poverty, racism and inequity, so it's going to take more than food assistance to have a transformative impact on food-insecure families. This is why raising awarenses around the new Child Tax Credit—which can be much as $250 to $300 a month for many families—as well as urging Congress to extend it past December, are more helpful routes to addressing the root causes of hunger. This Civil Eats article raises a good point to mull over: "If anti-hunger advocates don’t make the case that it’s not enough just to feed people, who will?"