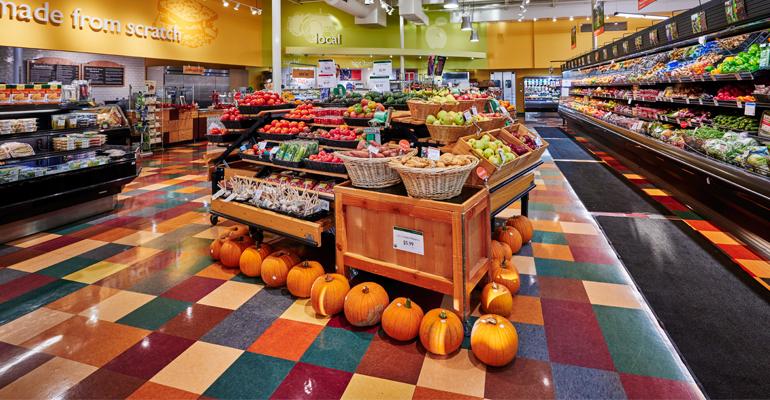 National Co+op Grocers recognizes co-ops across the country that made significant year-over-year improvements in their social, environmental and local economic impacts.

Introduced in 2014, Co+efficient is a sustainability program NCG designed to benchmark and improve co-ops’ social, environmental and local economic impacts. The Co+efficient Sustainability Star Awards—now in their third year—spotlight co-ops that made the greatest year-over-year improvements.

Concord Food Co-op (Concord, N.H.) set a goal to reduce energy use by 5 percent in one year and exceeded it with a 7 percent reduction. The co-op partnered with a local group on a program that works toward a more inclusive workforce. It also donated 1,000 hours of volunteer time in its community.

Orcas Food Co-op (Eastsound, Wash.) reduced its energy use by an estimated 5 percent in one year. The co-op addressed inclusion by providing its membership application in Spanish as well as English. Its Sustainable FARM Fund has supported innovative projects at six local farms in just two years.

The Merc Co+op (Lawrence, Kan.) completed installation of 330 solar panels that will save $1 million over 25 years. Nearly three-fourths of co-op staff participated in community outreach volunteering programs, and the co-op provided $15,000 in assistance for healthy food access.

“We congratulate these co-ops for their tremendous efforts in improving their communities and the planet,” said C.E. Pugh, interim chief executive officer, National Co+op Grocers. “They not only undertook multiple, meaningful endeavors, they also carefully documented and tracked their progress. These efforts will go a long way in helping other co-ops and organizations learn from and implement their own initiatives. Their work is incredibly valuable and greatly appreciated.”