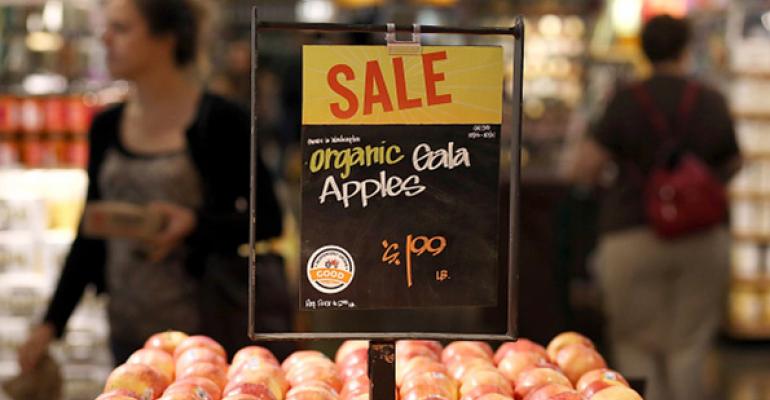 The pending merger is, however, expanding opportunities for natural and organic brands, industry watchers say.

The structure of the natural products industry could limit how much Amazon is actually able to reduce prices at Whole Foods Market, as many observers believe it will try to do once its pending $13.7 billion acquisition is finalized.

While the price differential between natural/organic and mainstream products has been narrowing, and many retailers, including Whole Foods, have expanded lower-cost private label lines, the lifeblood of the industry remains many of the smaller producers that operate with high standards and production costs.

The acquisition might provide Amazon with new insights about these cost structures, said Michael Movitz, founder and managing partner at The Movitz Group, a Lincolnshire, Ill.-based consulting firm.

“This industry philosophically operates on standards, so there are lines that won’t be crossed,” he said. “There are probably learnings that Amazon will gain—at some point you have to value the product and the stakeholders in bringing the product to market.”

Movitz noted that Walmart helped mainstream CPG companies introduce more efficiencies into their supply chains, but it remains to be seen if Amazon can do the same in the natural product space.

Bob Ferrari, a supply chain consultant and executive editor of the blog Supply Chain Matters, noted that the natural products industry operates with higher supply chain costs and so needs to be priced higher than conventional products to reflect those costs and maintain the profitability of the suppliers.

“That stated, we all know that Whole Foods has gained the reputation of being very high priced, so it seems to me that when Amazon does step in, they will want to moderate that reputation a little bit,” he said. “Hopefully they will preserve the margins of those suppliers as much as possible.”

Meanwhile, the pending merger is already having an impact on e-commerce opportunities for Whole Foods’ product vendors, according to Tony Olson, CEO of Chicago-based consulting and analytics firm SPINS.

“News of the merger is already opening new channels of distribution for natural and specialty brands—but not just with Amazon,” he said. “Retailers across the supply chain are stepping up to e-commerce. We see tremendous innovation coming from e-tailers like Thrive Market, empowering consumers to be healthy despite distance from traditional stores, and Natural Commerce, a Direct Eats company breaking down the barriers to entry for brick-and-mortar retailers to get their committed shoppers—and new ones—shopping online with their stores.”

The pending merger, Olson said, “has ignited new vigor for brands and retailers everywhere to engage consumers both online and offline.”

In an interview with LivingMaxwell.com, John Foraker, who recently stepped down as president of organic foods brand Annie’s Inc. to work with an unidentified “disruptive start-up” in the organic space, said the acquisition would be “a total game-changer for the organic industry,” especially for smaller, emerging organic suppliers.

“Organic over-indexes dramatically in online purchases, and this should allow organic brands to reach every corner of the country, and eventually the world,” he told LivingMaxwell.com. “This is particularly important because getting onto the shelf at retailers nationally is both very challenging and expensive.”

One of the biggest questions about the merger revolves around what will become of Whole Foods’ current distribution model, which relies on third parties, including United Natural Foods Inc. and KeHE Distributors. Ferrari said he believes that model will remain in place—in the short term, at least.

“I expect things are going to change there eventually,” he said, noting that both companies will need to focus at first on the integration of practices, decision-making, technologies and other matters before they tackle the distribution piece.

“Later on,” he said, “Amazon has a history of being very astute in its distribution practices and its logistics practices as well. They have a lot of expertise that they bring to this.”

The role of Whole Foods’ third-party distributors will also come into play as the two companies work to provide fulfillment of online customer orders, said Movitz.

“Amazon’s fulfillment method is different, so it will be interesting to see how distributors will be affected, and how fulfillment will change,” he said.

Ferrari said he believes that Amazon will eventually open highly automated “mini fulfillment centers” inside or adjacent to current Whole Foods locations for the distribution of its Amazon Fresh delivery service.

Independent grocers can take on Amazon with these big-box strategies
Nov 24, 2014