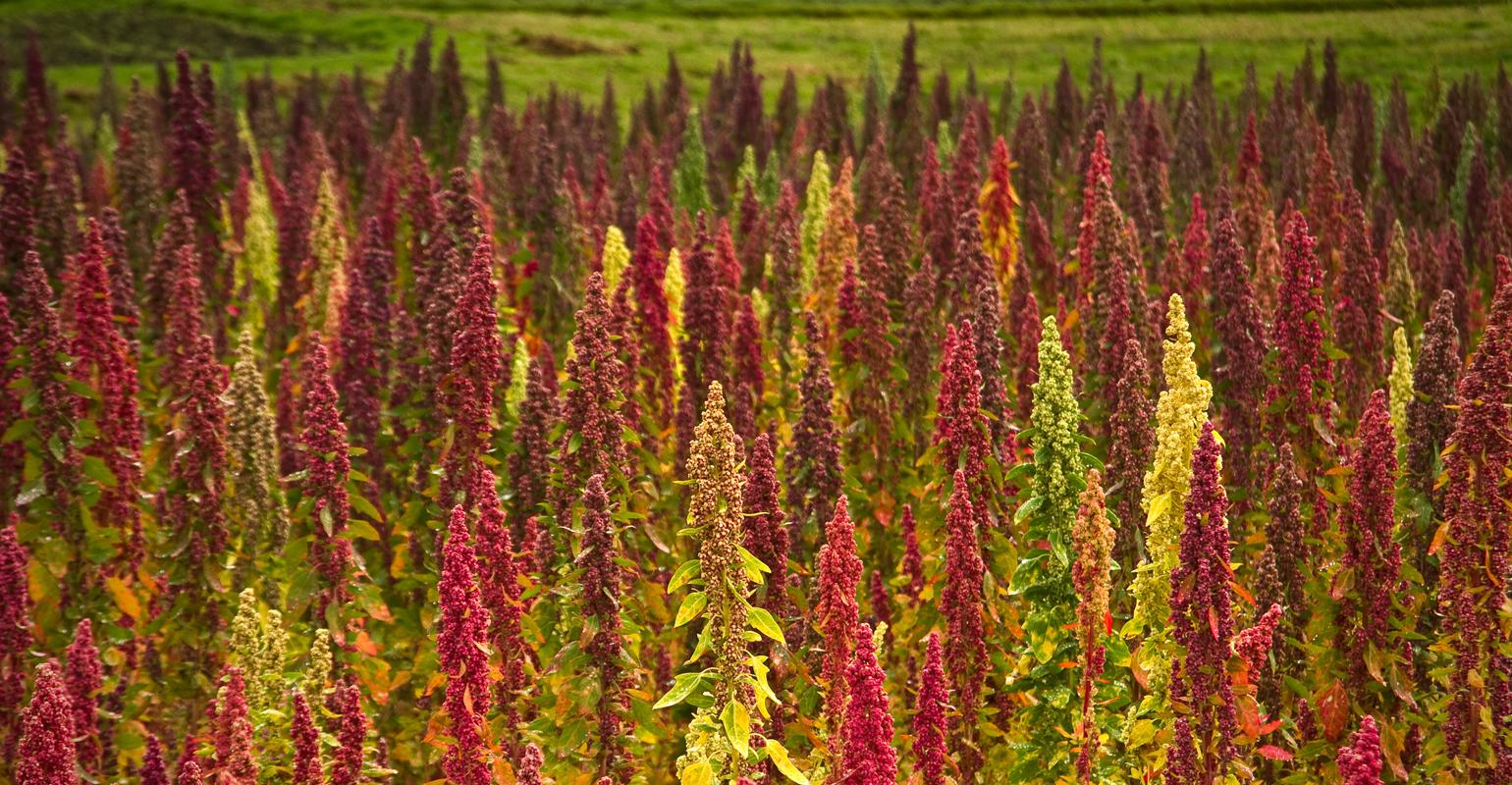 Quinoa has taken the natural products industry by storm likely because the celebrated traditional South American grain seems like the perfect food: gluten free, high in protein, plenty of fiber, the works. And while South America brought quinoa to the world, U.S. farmers now grow the grain with nationwide reach.

Kevin Murphy, Washington State University assistant professor and quinoa breeder, said California, particularly Humboldt County, grows a large bulk of domestic quinoa, but it’s also grown in parts of Idaho, Oregon, Washington and Colorado. He and others have bred different varieties of quinoa that grow well in local conditions, and he says about five to seven varieties are grown at scale around the country today—and just about all of it is sold simply as packaged, ready-to-cook quinoa. He estimates that like imported quinoa, about two-thirds of the U.S.-grown crop is organic. So where to find it?

Lundberg Family Farms has managed to source its entire quinoa line from the U.S., working with farmers in California, Oregon and Washington. Lundberg sells two varieties of quinoa, tri-color and antique white, in branded packaging as well as in bulk sections at Whole Foods Market, Sprouts Farmers Market, Natural Grocers by Vitamin Cottage and other retailers and coops. Lundberg’s Todd Kluger said its quinoa is expanding to other channels as the ancient grain gains acceptance and popularity. And Idaho-based Clark Seed Co. has been ramping up its quinoa business, which is built on production in Idaho.

Murphy knows of no brands using domestic quinoa in processed foods, but that could change. He said there are 28 existing varieties that could be grown here—and he emphasizes that a key goal is to not only expand production but diversify the varieties grown, with some bred for specialized end uses. While there are all kinds of varieties of wheat for different end products, such as soft white for bread or durum for pasta, “that’s not really known in quinoa,” he said. “As we release these varieties, we’ll tell growers what they’re best suited for in the end use market for consumers or maybe for processors.”

He projects that in about two years, his team may be ready to release four to six new varieties that are adapted to different areas and have different characteristics—some better for fresh eating, for example, while others will be better for processing, and there’s even a sticky quinoa in development, a quinoa equivalent to sushi rice.

The USDA’s Organic Agriculture Research and Extension Initiative recently awarded a nearly $2 million grant to Murphy and colleagues to study quinoa for another four years, focusing on crop yield assessment and pricing and helping growers turn a profit.