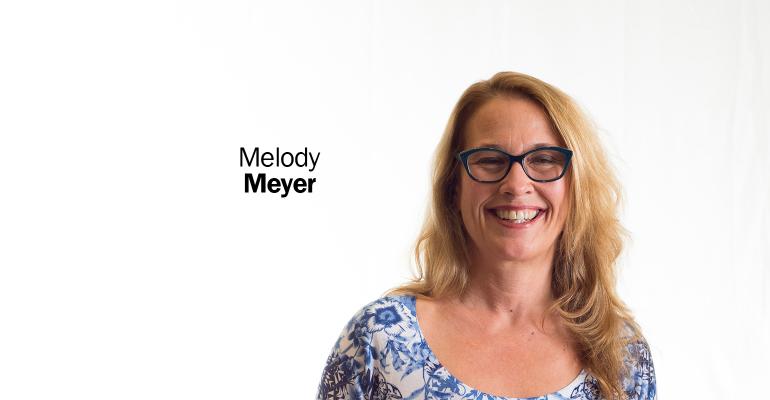 The National Organic Standards Board is weighing several issues that producers should be aware of.

It was typical spring weather in the Mile High City for the National Organic Standards Board spring meeting last week. A day of piercing sunshine was followed by wind and sputtering rain that cascaded off the Rockies. The unsettled climate mirrored the tone of this biannual meeting. A cloudburst of uncertainties was gathering that could decidedly affect farmers and ranchers, manufacturers and consumers all with the swift vote of this 15-member board. While the lion’s share of this meeting was set aside for discussion, it provided a glimpse of the board’s predilections on future recommendations.

A primer on the NOSB

The NOSB is a federal advisory board made up of 15 dedicated public volunteers from across the organic community. Originally established by the Organic Foods Production Act, it is governed by the Federal Advisory Committee Act. The NOSB considers and makes recommendations on a wide range of issues involving the production, handling and processing of organic products. They also have unique responsibilities weighing in on the National List of Allowed and Prohibited Substances.

Welcoming a new board

Related: Of hope—and how you can help—organic and sustainable agriculture

This meeting welcomed five new members that needed a bit of education and initiation into the policy and politics of the matters at hand.

At this meeting, two materials were being petitioned to be added to the national list of approved substances. A parade of 35 materials up for sunset was discussed to better inform the board when it votes on them next fall. It is worth reviewing these materials if you are a producer or handler to see how it could affect your business.

The conundrum surrounding biodegradable mulch was once again addressed. Biodegradable mulch was determined by the NOSB to be an allowed tool for organic farming and was added to the National List in September 2014. However, a follow-up memo from the National Organic Program to certifiers essentially prohibited its use by requiring that it be 100 percent bio-based, which is not commercially available. If you are one of the many growers who would like to use this mulch and remain certified, you should weigh in.

Organic seed guidance was discussed, and the board agreed it was going to be difficult for organic producers to access 100 percent organic seed. Regionally adapted and special varietal seeds often aren’t commercially available organically. Certain promiscuous plants that by nature are wanton with their pollen are becoming increasingly contaminated by genetically engineered DNA. This genetic seed contamination remains a challenge for the entire organic industry. The Crops Subcommittee requested more comments from stakeholders before they move forward on a recommendation. If you are a producer, this is a topic you should weigh in on.

Public comments are the main reason for these meetings, and the subterranean ballroom was packed with impassioned stakeholders eager to speak. The question of whether organic bioponics (container grown, hydroponic and aquaponic and aeroponic production) could remain certified organic was the most widely discussed topic. I estimate that 80 percent of the 12 hours of public comments were around this subject, either being for or against allowing them to be certified.

The arguments against bioponic certification:

Members of the organic community that were opposed posited that the original intent of the Organic Foods Production Act is a soil-based standard. One commenter adamantly proclaimed that feeding plants with liquid nutrients is a gross betrayal of the organic movement.

The absence or very low levels of soil does not provide the majority of nutrients to the plants. Most of the nutrients are provided by an enriched water solution, not from biological processes in the soil.

The growing medium in these systems is often peat moss, which is a finite resource potentially extracted from environmentally sensitive areas of the world. These systems represent an artificial environment where plants could not survive on their own. They conceded that while there are certainly arguments for improved sustainability, these systems may have a lower nutritional value because they aren’t soil-based systems.

Eliminating the competition coming from these systems will potentially help small farms benefit from higher prices based on restricted supplies.

The arguments in favor of bioponic certification:

Speaking in favor were the many producers that have been certified for years, building vigorous businesses supplying consumers with an increasing supply of organic food. Sales of organic cucumber, tomatoes and peppers are growing at 16 percent year-over-year, and 30 to 40 percent of all these come from greenhouse production–many bioponically grown. If the NOSB decertifies these growing methods, where will consumers get the products?

Organic bioponic production is dependent on a delicate balance of biological activity. All organic systems share microbiology—be they in soil or containers—and they all are appropriate organic methods depending on the growing conditions specific to that site.

Soil-based organic production requires substantial seasonal inputs of nutrients to successfully produce a crop, usually delivered through water. How is that different than organic bioponic production?

Lastly, the inclusion of these systems is important to the future of innovation in organic; it can contribute to local food systems in urban areas. Proponents urged the NOSB to define biodiversity on a broader expanded context that incorporates many aspects of the growing systems.

The board weighed in with conflicted trepidation

In the final hours of the meeting, members of the Crops Subcommittee who wrote the discussion document that called for eliminating these systems presented the basis for their document and invited feedback from all board members individually. The entire NOSB vowed to work together to reach a friendly consensus on this contentious issue. Many expressed the conflicted notion that organic is primarily about the soil, but these systems seemed to have an important place in organic.

Going forward the board will work on proposals to define each of the bioponic systems: hydroponic, aeroponic, aquaponic and container growing. Definitions and proposals will be forthcoming perhaps as early as the fall meeting. Organic producers on both sides of the argument should take the time to weigh in before the fall meeting.

For growers who use these methods, the NOSB specifically requested more information on:

Twice a year the NOSB approves or denies inputs and materials, and recommends changes to the organic regulations. If you are an organic producer or are an organic consumer, it serves you to pay attention and be engaged in this process. Organic is the most transparent and highly vetted food system in the world. It’s up to you to be part of that process.

The next meeting will be held October 31 through November 2 at the Omni Jacksonville Hotel in Jacksonville, Florida. Find out more here on how you can participate.

Welcome to Expo East: Even though change is difficult, it often leads to progress
Sep 27, 2022