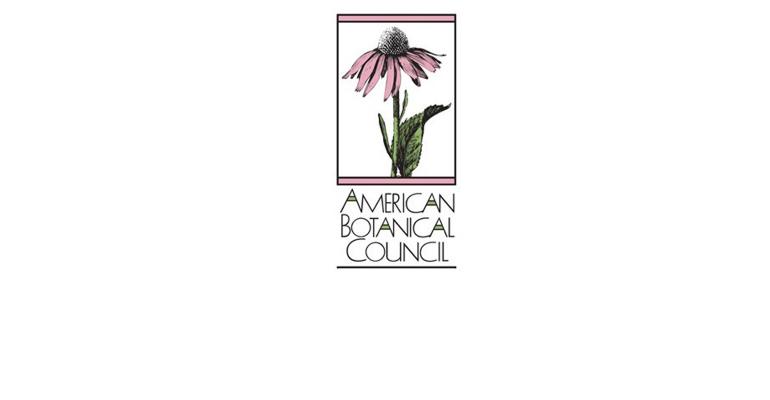 Romm is a midwife, herbalist, author and Yale-trained physician who champions integrative medicine and women's wisdom.

The American Botanical Council (ABC) recently presented the second annual ABC Fredi Kronenberg Award for Excellence in Research and Education in Botanicals for Women’s Health to Aviva Romm, MD, a midwife, herbalist, author and Yale-trained physician who is a recognized expert in botanical medicine.

The award is named in honor of distinguished researcher, educator and longtime ABC Board of Trustees member Fredi Kronenberg, PhD, who passed away in April 2017. Kronenberg dedicated her professional life to the study of medicinal plants and phytomedicines for women’s health conditions and was particularly interested in phytoestrogen-containing botanicals, such as black cohosh (Actaea racemosa), for the treatment of menopause symptoms.

Kronenberg was a champion of integrative medicine and co-founded the former complementary and alternative medicine (CAM) center at Columbia University–the first CAM program at an Ivy League school and the first government-funded CAM research and educational center. For 10 years, she also co-directed an onsite five-day continuing education course for physicians and other health care providers interested in botanical medicine.

“In a larger medical culture in which women’s wisdom has historically been suppressed, women healers and scholars marginalized, and in which men of science have been considered king, modern herbal medicine is a culture that is distinctly unique. Women’s wisdom, knowledge, tradition, and skills are honored and respected,” Romm said in a recorded acceptance speech.  “It’s as part of a legacy of women in science and herbal medicine that I am profoundly honored to be a part of, that I accept [this award].”

For more than three decades, Romm has focused on providing herbal medicine options for women and children that are based on a combination of traditional knowledge and modern scientific and clinical data. In her practice, she uses a holistic approach to health that takes into account an individual’s environment, diet, lifestyle, and many other factors to address the root causes of chronic health conditions. Previously, Romm served as both the president of the American Herbalists Guild and medical director of the American Herbal Pharmacopoeia.

“Fredi was brave in both her life and her death,” Romm said. “As a scientist, she charted territory in medicine that can only be called pioneering. Her work was part of creating recognition for herbal medicine, which paved a pathway that has allowed herbal medicine to have a place on the modern map of health care.”

Like Kronenberg, Romm has been actively involved in herbal medicine curricula for students and practitioners. She is the co-founder of the Yale Integrative Medicine Curriculum and has created online professional training programs in integrative and herbal medicine. Romm is also on multiple advisory boards, a botanical industry consultant, and a sought-after speaker. She is the founder of DharmaMoms, a nonprofit that works to reduce maternal mortality in the United States and high-risk countries.

“ABC is pleased to recognize Dr. Romm for her excellent work in the area of botanicals and women’s health with the ABC Fredi Kronenberg award,” said ABC Founder and Executive Director Mark Blumenthal. “Aviva’s interests, expertise, and passion in this area are wholly in line with those of Dr. Kronenberg, making her a natural choice for this award.”

Romm is the author of seven books on natural medicine, including the Botanical Medicine for Women’s Health (Elsevier, 2010), which received the ABC James A. Duke Excellence in Botanical Literature Award in 2010. The second edition of the textbook was published by Elsevier in 2018. In addition, Romm is the author of The Adrenal Thyroid Revolution (Harper One, 2017) and a contributing author of the American Herbal Products Association’s Botanical Safety Handbook, 2nd edition (CRC Press, 2013). She has written dozens of articles for major publications, including USA Today, The Boston Globe, and Prevention, and has shared her botanical knowledge as a returning guest on “The Dr. Oz Show.”

Last year the inaugural ABC Fredi Kronenberg Award was given to Tieraona Low Dog, MD, a leading expert in integrative medicine and women’s health. Dr. Low Dog said of Dr. Romm’s receiving the award this year, “A warm and heartfelt congratulations to Aviva Romm, MD, a dear friend and colleague, on receiving the ABC Fredi Kronenberg Award. Aviva has the rare gift of being a gifted clinician, teacher and writer. Her book Botanicals and Women’s Health was a major contribution to the field, as were her many years leading the American Herbalist’s Guild. Dr. Kronenberg would be delighted.”

Both Dr. Romm and Dr. Low Dog were guest editors of the just-published special issue of ABC’s peer-reviewed journal HerbalGram dedicated to Dr. Kronenberg, focusing on botanicals in women’s health.

The 2018 award was presented at the 14th Annual ABC Botanical Celebration and Awards Ceremony on March 5, 2019, in Anaheim, California. The event, for ABC Sponsor Members, occurred during Natural Products Expo West. Dr. Romm’s video acceptance of the Kronenberg award is available here.