Behind the Monsanto Protection Act 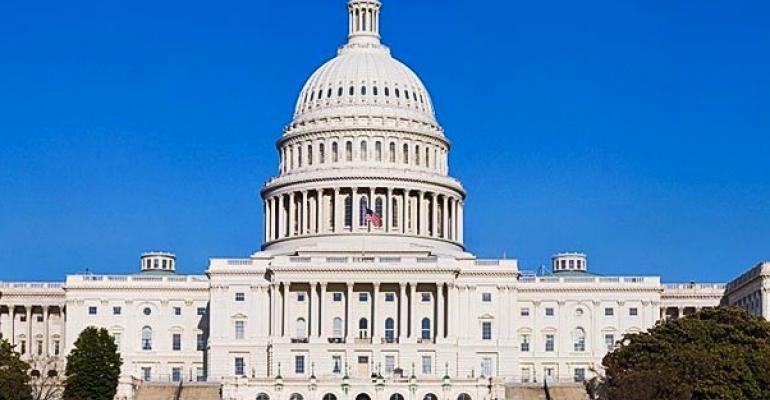 Organic Connections, the magazine of Natural Vitality, takes a behind-the-scenes look at the Monsanto Protection Act.&nbsp;

Recently an event occurred that has had food activists howling from the rooftops: legislation was covertly written into the six-month government spending bill that enables Monsanto and other biotech companies to bypass any court-ordered stoppage on planting of GMO crops. While this is cer­tainly a coup for the biotech indus­try, it is for­tu­nately only a very temporary coup and is likely to cause lit­tle over­all dam­age to agriculture.

“The Monsanto Protection Act, as it has been dubbed by many, was a back­door policy rider that was included in a recently passed gov­ern­ment spend­ing bill called the Consolidated and Further Continuing Appropriations Act, 2013,” Colin O’Neil, Director of Government Affairs for the Center for Food Safety (CFS), told Organic Connections.“It is in essence corporate welfare that seeks to undermine fed­eral enforcement for safe­guard­ing farm­ers and the envi­ron­ment from unlaw­fully approved and poten­tially haz­ardous genet­i­cally engi­neered crops.”

The rider comes into effect if, during the six months the bill is in force, a federal court strikes down a USDA approval of a genetically modified crop and places an injunction against plant­ing of the crop. If, after such an action, the USDA is peti­tioned by any­one in the biotech industry, the USDA “shall immediately” (exact language used) approve permits for planting or issue a partial deregulation. “Essentially what this does is lift the cap that federal courts have put in place to pre­vent any dam­ages from occurring while the USDA is conducting a court-ordered review,” O’Neil explained.

“For the past half dozen years, reports from the Government Accountability Office, the Inspector General within the USDA, the National Academy of Sciences, as well as fed­eral courts have sharply criticized USDA approvals of genet­i­cally engi­neered crops for fail­ing to ade­quately review their envi­ron­men­tal impacts,” O’Neil added. “Courts also crit­i­cize their lack of review of the eco­nomic impacts—namely the cross-contamination of organic or conventional crops through pollen drift or seed dis­per­sal. So, fed­eral courts have struck down a num­ber of genet­i­cally engi­neered crop approvals by the USDA as unlaw­ful.” This rider is a way for biotech com­pa­nies to bypass such rulings.

Snuck into the Bill—by whom?

The rider, very qui­etly added to the spend­ing bill, came as a com­plete sur­prise to CFS and other food advo­cacy groups. “It was snuck in there,” said O’Neil. “For many days dur­ing the peak of the tur­moil about the ‘Monsanto Protection Act’ no one was even accept­ing that it was their doing; this was in the bill and no one knew how it got there.

Slowly news began trick­ling out, and even­tu­ally we found out that the two ring­lead­ers behind it were Senator Roy Blunt from Missouri—Monsanto’s home state—and then also the late Senator Daniel Inouye from Hawaii, who was the pre­vi­ous chair­man of the Senate Appropriations Committee. It’s impor­tant to note that the pro­vi­sion itself actu­ally orig­i­nated on the House side in an Agricultural Appropriations Bill a year ago, but that bill never made it to the floor; we didn’t really see that pro­vi­sion come back to life until it was included in the recently passed spend­ing bill.”

Immediately upon dis­cov­er­ing the hid­den rider, CFS sprang into action. “CFS very quickly orga­nized over a hun­dred orga­ni­za­tions and busi­nesses,” O’Neil related. “We sent a joint let­ter to Senator Barbara Mikulski, the chair­woman of the Senate Appropriations Committee—as well as to the rel­e­vant subcommittees—to express our opposition.

“We worked very closely with a num­ber of grass­roots orga­ni­za­tions, includ­ing our own mem­ber­ship of over 300,000 peo­ple. Many groups engaged their mem­bers and their grass­roots net­works to call and e-mail their mem­bers of Congress as well as to get the news out.”

Despite a pro­posed amend­ment to the bill from Senator John Tester that would have stripped the rider from the bill, the bill passed with the rider intact. Nevertheless, the actions of CFS have already had a pos­i­tive effect.

“As a result of all the grass­roots action, shortly after the bill passed, Senator Barbara Mikulski issued a state­ment say­ing that she opposed the pro­vi­sion,” O’Neil con­tin­ued. “She said that she would be work­ing with the Agriculture Subcommittee to ensure that this pro­vi­sion is not included in any future bills, as the pro­vi­sion is only law for the six-month period of this spend­ing bill.”

How much damage can happen in six months?

How much dam­age could be caused dur­ing the six months the leg­is­la­tion is in effect? “That was a big ques­tion for us and I think a big ques­tion for a lot of peo­ple,” O’Neil answered. “At the time, there were fears about some of the genet­i­cally engi­neered crops that are await­ing approval by the USDA—for exam­ple, Dicamba and 2,4-D-resistant crops. But on Friday the USDA announced that they will be con­duct­ing full Environmental Impact Statements for these crops, some­thing that we’ve been call­ing for ever since the USDA announced that it was begin­ning the approval process for them. We see that as a major vic­tory, and obvi­ously any legal chal­lenge to the USDA’s deci­sions would be put off for many years.

“In the­ory there are still a cou­ple of other crops that could be approved dur­ing this win­dow, but we may or may not see this rider trig­gered. It only takes into account the USDA approval of a crop, the chal­lenge to the approval, and then a court strik­ing down that approval. So, we may not see this ever hap­pen or the rider used. With that said, it does set a very dan­ger­ous prece­dent for how Congress inter­venes with the inde­pen­dent judi­ciary. We’re very con­cerned about the mes­sage it sends.”

Keeping it permanently off

The work CFS and other orga­ni­za­tions are now doing is designed to ensure that this rider does not make it into any per­ma­nent legislation—but it will take all of us with a con­science to help bring that about.

“The best way for peo­ple to help is to con­tinue to push their rep­re­sen­ta­tives and their sen­a­tors to oppose this pro­vi­sion, as well as any other pro­vi­sions that would gut or erode the over­sight and reg­u­la­tion of genet­i­cally engi­neered crops,” O’Neil con­cluded. “In last year’s House Farm Bill we saw three pro­vi­sions intro­duced that would have severely eroded the USDA’s abil­ity to ade­quately assess and reg­u­late genet­i­cally engi­neered crops. There was a fair amount of pub­lic oppo­si­tion to those provisions.

“Last week the House and the Senate com­mit­tees released their draft Farm Bills. I’m happy to report that those pro­vi­sions from last year’s Farm Bill are not in the base bills. At this point we’re not sure if there will be any amend­ments offered, how­ever; so it’s very impor­tant for peo­ple to be call­ing their mem­bers of Congress to express the need for more regulation—not less—and to say that these vital safe­guards that pro­tect the envi­ron­ment, farm­ers and con­sumers shouldn’t be on the chop­ping block.”

To take action on this and other food safety issues, please visit the Food Safety Action Center on the Organic Connections website.

GMO labeling: Will grocery chains decide the issue?
May 02, 2013