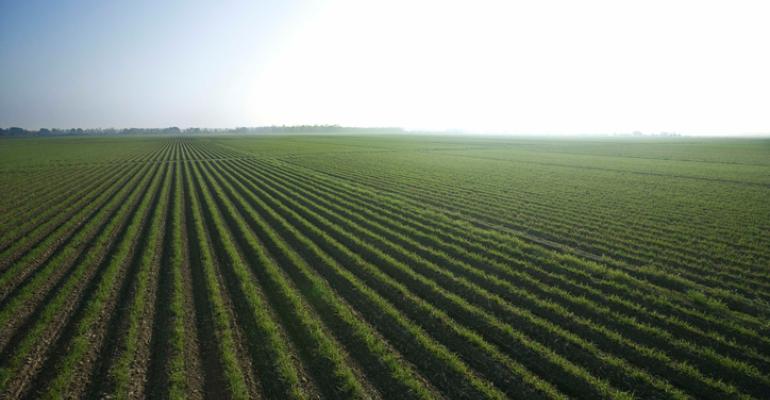 Why we must change the way we farm to change the projectory of climate change.

“A truly regenerative agriculture is one in which all the natural resources we use to produce food get renewed in the process of using them.” -Fred Kirschenmann

Demeter’s vision is to heal the planet through agriculture. That’s a bold statement, because the very act of farming worldwide is responsible for at least 15 percent of global greenhouse gas emissions—the leading cause of climate change. That is more than the transportation industry, and when you add in the distribution of food—from seed to shelf—it is the number one man-made contributor.

Related: Biodynamic a blueprint for a healthier food future

The Food and Agriculture Organization (FAO) of the United Nations has named October 16 World Food Day, and their message resonates with the themes of New Hope and the Esca Bona conference in Austin, Texas: “Climate is changing. Food and agriculture must too.” The FAO is calling on countries to address food and agriculture in their climate action plans, which will be addressed at the next UN Climate Change Conference, COP 22, to be held in November in Marrakech, Morocco.

It is important to first understand how agriculture produces these high emissions. One way is through farming activity itself: plowing fields releases carbon dioxide from the soil into the air. Industrial livestock operations maintain huge numbers of animals on confined feed lots that are force-fed hay and oats, as opposed to grasses that these animals would forage if allowed to free range. This results in the emission of large quantities of methane. Conventional farming uses fossil fuels to make fertilizers, and when those fertilizers are applied to soil, they disrupt a plant’s ability to process carbon from the atmosphere and build soil. Agriculture also involves land-use changes: mono-crops replace biodiversity, forests are cut down, fragile grasslands turn to desserts. These changes alter the earth’s ability to absorb and reflect heat and light.

Fundamentally, too much of the carbon that was stored in the earth’s soil has been released through farming, changing it from a solid into a gas. Joined by methane and nitrous oxide, these "greenhouse gasses" form a shield between earth’s atmosphere and the sun, trapping the sun’s heat and warming the planet.

So the question becomes, how do we both reduce the amount of these greenhouse gasses we are producing, while pulling the carbon that has already been released back from the atmosphere and into the soil where it belongs? The answer, ironically so, is through farming: regenerative farming. And the best tool we can utilize to help us pull that carbon out of the air is already hard at work all around us, at least while the sun is shining: photosynthesis.

In the process of photosynthesis, light energy from the sun is absorbed along with carbon dioxide from the air by trees and plants. The oxygen is released back into the atmosphere, and the carbon is processed into sugar, transforming it from a gas to a liquid. Some of this liquid carbon is utilized by the plant, and the rest flows down into the root system, where it is released into the soil. Next to our oceans, soil is the biggest carbon sink on the planet.

And here is where things get really interesting. There is this beautiful symbiosis going on beneath our feet, where the liquid carbon transforms into a solid, and is taken up by the microbiota—bacteria and fungi—that make up healthy soil. In a handful of soil there are more microbes than there are humans on the face of the earth. This microbiota returns the favor, releasing minerals and trace elements that feed the roots, encourage worm activity and build soil by creating carbon-rich humus. Building soil humus means the soil can then capture and store more water. The plant-microbial bridge delivers the trace minerals to our food that our bodies need to stay healthy and to ward off disease.

Conversely, the presence of synthetic fertilizers discourages plants from pulling the carbon they need from the air. That beautiful exchange between root and microbes is broken, and the composition of the soil deteriorates. Plowing fields does added damage. When soil loses carbon, it becomes hard and compacted, and its ability to absorb and retain water is dramatically impacted. You can’t get nutrient dense food from nutrient deficient soil.

This understanding is awakening our scientists, environmentalists and food advocates to a fundamental truth: we cannot change the projectory of climate change if we don’t change the way we farm. The time has come to re-envision agriculture, not as a contributor to climate change, but as one of the remedies for it. The time has come to reimagine farming.

The answer to the future of farming may lie in its past. Demeter passionately believes that the Demeter Biodynamic Farm Standard offers a comprehensive agronomic blueprint for achieving these goals of regenerative agriculture and carbon sequestration. First conceived of in the late 1920s as an agricultural method offered as a response to the industrialization of farming, and still to this day promoted through an international collaboration of more than 20 countries, this tried and true standard offers coherent principles and easy-to-follow, common-sense practices that encourage farmers to be ecologists. Carbon farmers, if you will.

Here’s how. The basic concept of biodynamic agriculture is that the farm should be viewed as a self-sufficient, integrated whole. A living organism. Indeed, even the word "organic" comes from this biodynamic ideal. In order to create a farm as a closed system, solutions for that farm’s vitality—fertility, soil health, disease and pest control—must arise from the farm itself and not be imported from the outside. This self-reliance provides living proof of the concept of regeneration.

Biodynamic farming includes organic certification prohibitions against the use of synthetic pesticides and fertilizers. But, maintaining that idea of the farm as an integrated whole, the entire farm must be certified (versus a particular crop or field allowed in organic certification). Farmers must devote at least 10 percent of total acreage to wilderness habitat—for example oak groves, waterways and meadows.

Low tillage, if not no tillage, is encouraged. Integrating livestock, building compost and utilizing cover crops generate on-farm fertility. Holistically managed cattle grazing develops perennial grassland. Disease and insect control is created naturally through botanical species diversity and predator habitat. Vegetative cover like legumes return nitrogen to the soil. The use of eight biodynamic preparations made from materials found on the farm enhance soil, compost and the very act of photosynthesis. All of these practices result in and depend on healthy and vibrant soil. Carbon-sequestering soil.

Demeter remains the oldest ecological certification organization in the world. Its farm standard has always been a regenerative agriculture standard, and certified Biodynamic farms have been sequestering carbon for almost 100 years. But we want to do more.

Starting in January 2017, Demeter certification is going to include soil testing for carbon sequestration. When an inspector visits a farm during its annual renewal process, soil samples will be collected and sent to a lab for testing. This will provide a valuable tool to measure progress that a farmer is making in building biologically active soil, and allow Demeter to further assist the farmer on their path of continual improvement. Aggregating this data will give voice to power about the impacts of this regenerative farming system in our quest to help people re-imagine farming. In doing so, we join with the FAO, New Hope, food advocates and regenerative farmers around the world in pursuing our vision of helping to heal our planet through agriculture.