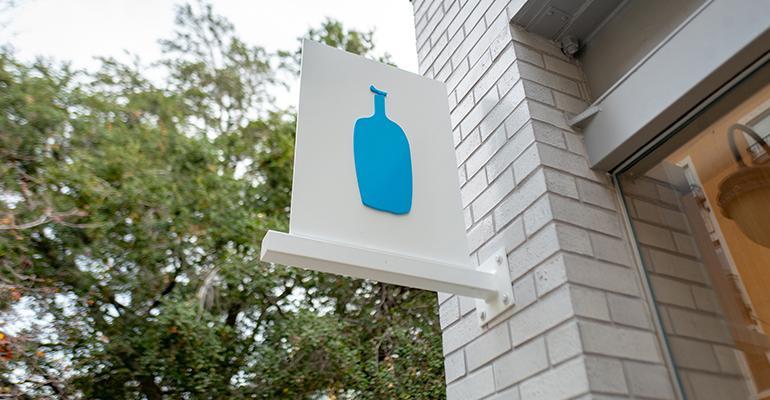 California-based Blue Bottle Coffee vowed that all of its cafes will become zero waste by the end of 2020. According to a blog by Blue Bottle CEO Bryan Meehan, that means making sure 90% of the company’s waste is diverted from landfill.

In addition, Blue Bottle will begin testing its zero single-use cup program in the San Francisco Bay area. The company will allow customers to bring their own cups or use one of theirs. Blue Bottle also plans to sell its whole-bean coffees in bulk instead of single-use bags and its grab-and-go items in reusable containers.

San Francisco Chronicle reports that “climate change prompted Meehan’s quest to eliminate single-use cups and other disposable packaging from Blue Bottle.” The article also points out that Blue Bottle goes through an estimated 12 million disposable cups every year in the U.S.

Blue Bottle Coffee helped make single-pour cups of coffee a trademark of cafes across the country. But Monday, the Oakland company announced plans to do away with single-use cups at two Bay Area cafes as it prepares to go zero waste at its nearly 70 U.S. locations by the end of next year.

Instead, customers will either need to bring their own mug, order drinks for-here or put down a deposit for a reusable cup they can exchange for a clean one on their next visit or return for their deposit. That’ll start early next year at a new unnamed San Francisco location and an existing cafe in the East Bay, though Blue Bottle declined to announce the specific locations. If these pilots are successful, Blue Bottle plans to spread the single-use cup ban to other cafes.

How the coffee bean can help shift the climate conversation from doom to solutions
Mar 15, 2019