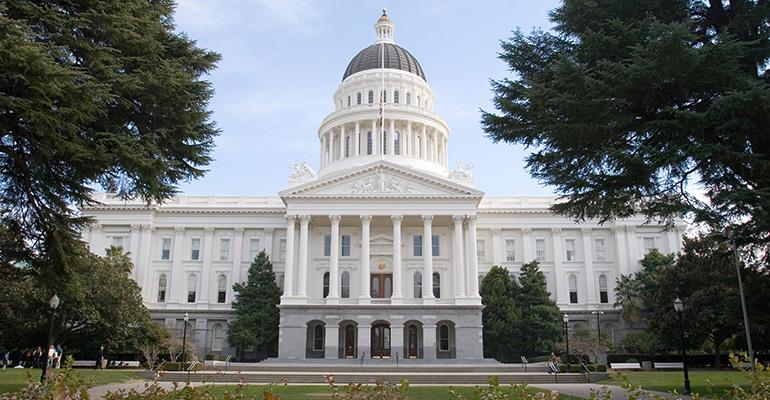 Gov. Newsom says restricting sales of weight loss supplements based on age would be beyond the scope of the state health department's capabilities.

California Gov. Gavin Newsom this week vetoed a bill that would have prohibited the sale of weight loss supplements and over-the-counter diet pills to anyone younger than 18 without a prescription.

In his written veto message to lawmakers, Newsom noted that the California Department of Public Health (CDPH) would have been tasked with determining what products are subject to AB 1341, a bill championed by Assemblywoman Cristina Garcia, who represents a district in southeastern Los Angeles County.

I commend the work of the author, as this bill raises an important public health issue related to the safety of diet or weight loss pills that can result in injury," Newsom wrote. "However, dietary supplements for weight loss are not considered drugs and, therefore, this measure would require CDPH to evaluate every individual weight loss and dietary supplement product for safety, which is beyond the scope of the department's capabilities."

Without a veto by Sept. 30, a staff member of the California Legislature confirmed to Natural Products Insider, AB 1341 would have automatically become law. That would have made it the first bill in the U.S. to impose age restrictions on the sale of weight loss supplements. Over the summer, the New York Legislaturepassed a similar bill, but it has not been signed by Gov. Kathy Hochul.

"It dumbfounds me that kids' health and safety was not prioritized by the governor," Garcia, a Democrat who represents California's 58th Assembly District, said in a press release reacting to the veto. "This was a common-sense bill that aimed to protect minors."

Garcia described AB 1341 as "a compromise between diet pill manufacturers and sellers that is the least restrictive to any individuals over 18 wishing to purchase these products while restricting the access minors will have to them."

Several trade associations withdrew their opposition to the bill and became "neutral" on it following discussions with Garcia's office. On the other hand, the Natural Products Association (NPA) in Washington, D.C., remained opposed to the legislation, citing an absence of adverse event reports at the FDA linking eating disorders to supplements.

"We need to do everything we can now, not later, to protect our youth from the harmful effects caused by weight loss supplements and over-the-counter diet pills," Garcia added. "With the current easy access, our youth are subject to eating disorders and many other health implications. We need to stand up to an industry that puts profit over people, and the governor has failed to do that with his veto. I am disappointed that Governor Newsom vetoed this bill and is missing a real opportunity to have California lead the way for the nation to protect children."

In his written message, Newsom directed CDPH to create a work group comprised of academic and medical experts to craft public policy recommendations on the best ways to address the purported hazards of weight loss supplements.

"CDPH is prepared to work with the legislature next session to address sales age limits and other potential legislative actions to address the responsible sale of dietary supplements for weight loss and over-the-counter diet pills that do not require the state to undertake lengthy and costly pharmacological studies on the many supplements on the market today," Newsom wrote to lawmakers.

A prominent group advocating for AB 1341 and similar bills across the U.S. reacted to the veto via Garcia's news release.

"The scientific research on the dangers of using weight-loss supplements is as incontrovertible as it is chilling: These products have been found again and again to contain a toxic brew of undisclosed ingredients linked to heart palpitations, cardiac arrest, stroke and even liver damage so extensive as to require organ transplant or resulting in death," said Bryn Austin, founding director of the Strategic Training Initiative for the Prevention of Eating Disorders (STRIPED). "Knowing what we know today about these products, how can we continue to let the manufacturers and retailers who profit from them play Russian roulette with the children of California?" Austin is a professor of social and behavioral sciences at the Harvard Chan School of Public Health and a professor of pediatrics at Harvard Medical School.

In an email in March to Natural Products Insider, she addressed NPA's assertions that the FDA's MedWatch adverse event reporting system would identify supplement products linked to eating disorders, if such a problem existed. MedWatch "is not designed to capture mental health diagnoses and captures only adverse events that would be treated typically in an emergency department, like tachycardia," Austin said.

"It would be like saying you looked in the phone book to find out the names of all the planets, but they weren't there so you conclude the planets don't exist," she added.

"When we had conversations with the public department of health, Cristina Garcia's staff and other staff members, every time they point to a specific product, it's an over-the-counter drug, not a supplement," Turk said in the joint interview with Fabricant. "They have no idea and frankly refuse to understand drugs and supplements are not the same thing."

The Council for Responsible Nutrition said that while it opposed the initial version of AB 1341, it worked for over a year to amend the bill and narrow its scope. The amended version, CRN said, required CDPH to assess products individually instead of imposing an unqualified restriction on dietary supplements.

"CRN had multiple conversations and a good working relationship with bill author Assemblymember Cristina Garcia and her staff," Julia Gustafson, vice president of government relations with CRN, said in a statement. "We appreciate her willingness to include practical measures in the final version of her legislation that limited its scope and removed behind-the-counter restrictions."

This initial version of AB 1341 also would have limited direct customer access to all products covered under the bill to prevent their "misuse or abuse." That provision was not included in the final bill passed by the California Legislature.

CRN said it withdrew its opposition to AB 1341 "and took a neutral position" when the bill passed the state Senate with amendments.

"We expect this bill or similar proposals to be reconsidered during the next legislative session," Gustafson said. "CRN stands ready to work with the lawmakers to ensure this legislation is reintroduced in a way that responsibly balances consumer safety with public access to dietary supplements."

Carlos Gutiérrez, vice president of state and local government affairs with the Consumer Healthcare Products Association (CHPA) said his organization "takes very seriously the rare occasions of misuse of weight loss supplements and diet pills by the teen population, but we also find it critically important to preserve the over-the-counter availability of these products for adults who use them to support their overall health and wellness."

"After months of work with Assemblymember Garcia on this legislation, CHPA moved its position to neutral," Gutiérrez said in an emailed statement. "We appreciate California's commitment to public education and look forward to working closely with the California Department of Public Health as they move forward on Governor Newsom's directive to formulate policy recommendations to address this matter in the future."

The American Herbal Products Association (AHPA) said in a statement that it worked "closely and directly" with Garcia over the last two years "to present the interests of consumers and the responsible sports nutrition industry."

"AHPA will continue its active engagement in any legislative developments on this matter," the trade group added.

A version of this piece originally appeared on Natural Products Insider, a New Hope Network sister website. Visit the site for information on ingredients, product development and regulatory issues.

This story was re-edited after new information was made available.
TAGS: Regulatory
0 comments
Hide comments
Related