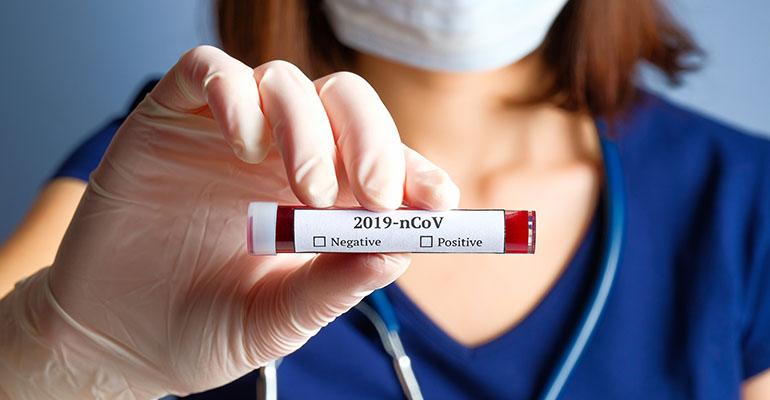 The coronavirus outbreak is already impacting business travel for the supplement industry, but some insiders say companies should be prepared for an extended supply chain disruption.

The coronavirus outbreak in China carries potentially enormous implications for the dietary supplement industry, but a rapidly changing situation has not made it easy for companies to plan a response.

With such a large percentage of ingredients originating in China, dietary supplement brands could be especially vulnerable to trade disruptions and companies that engage in business travel there are already responding.

NOW Foods CEO Jim Emme said the company is looking at business travel and safety of employees “first and foremost” and that “pre-buying” ingredients in response to the Trump administration’s trade war may have left them in a good position for raw materials. The outbreak’s epicenter in the city of Wuhan is in an area where brands source amino acids and vitamin C, Emme said. Ingredient supply has not been an issue for his company, but that will likely change, he said. Coronavirus will be “disruptive,” Emme said, “it’s just a matter of how disruptive.”

Len Monheit, CEO at the Trust Transparency Center, said he has been told manufacturing plants have already been shut down and that companies may need to plan for long-term disruption. “I don’t believe in fearmongering for fearmongering’s sake, but you have to know this is a significant business risk right now,” Monheit said.

Hours before the ban was announced, Emme explained that NOW employees returning from China have been asked to work from home for two weeks following their return. He also said international travel was on hold for “two or three weeks.” The impact is already being felt.  “We have one of our QC who’s stuck there,” Emme said. “He’s not able to get out.”

US-China Health Products Association Executive Director Jeff Crowther said February events have already been canceled in China and the outlook could be doubtful for planned events for March and onward. His organization may lose speakers for Natural Products Expo West. “I’ve got five speakers, two of whom are coming from mainland China. At this point, we’re not sure if they are going to come or not.”

The next 10 days will be crucial, Crowther said. Chinese authorities extended Chinese New Year vacations to minimize travel while they evaluate the virus’ spread. That means many manufacturing plants have already been shut down and the immediate impact of the virus on raw materials supply has been blunted.

But that extension ends Feb. 8, Crowther said, which could increase the risk of a pandemic. “You’re going to have millions of people on the subways, planes and trains trying to be back home.”

If the virus spreads further, more areas could be quarantined and more shutdowns would be expected. That’s when the impact on the supply chain could be amplified, but at that point few industries would escape impact.  “If we see a huge increase in cases popping up all over, China and the rest of the world is going to be shut down into the summer,” Crowther said.

Beyond the immediate crisis and consequences that could extend well into the year, Monheit said the dietary supplement industry should be prepared for a more indirect impact. U.S. consumers are largely not aware that many of the ingredients are sourced from China, a country with a less-than-stellar reputation for quality. If the coronavirus stays in the news and supplement prices or supply are affected, consumers could make the connection in a way they had not before, Monheit said. “This is that unpredictable crisis that could expose a very complicated and convoluted supply chain.”

Bob Capelli is watching the situation but said he is not overly alarmed. Capelli is the vice president of global marketing at Algae Health Sciences, which has facilities in China. Capelli said the company has not experienced problems yet and is not going to react until it knows more. He pointed to the severe acute respiratory syndrome (SARS) outbreak in the early 2000s that was heavily reported but had little impact on the industry. It’s very possible the same thing could happen again, he said. “It could peter out to nothing very quickly,” Capelli said.

Until something changes, Capelli said, the plan for Alage Health Sciences is “ business as usual.”

John Vernardos, who traveled in China for Herbalife during the SARS outbreak, also said the industry should not overreact. Vernardos who recently left BodyBuilding.com to form the CBD Association said there is no sign that ingredients could be contaminated with the virus, which means whatever trade disruption that happens would be temporary. Shipments would be delayed but not destroyed.

A more immediate risk, Vernardos said, is that the “bottom feeders” will exploit the crisis. “Some supplement company is going to get out there and say ‘Take this product to make you immune.”