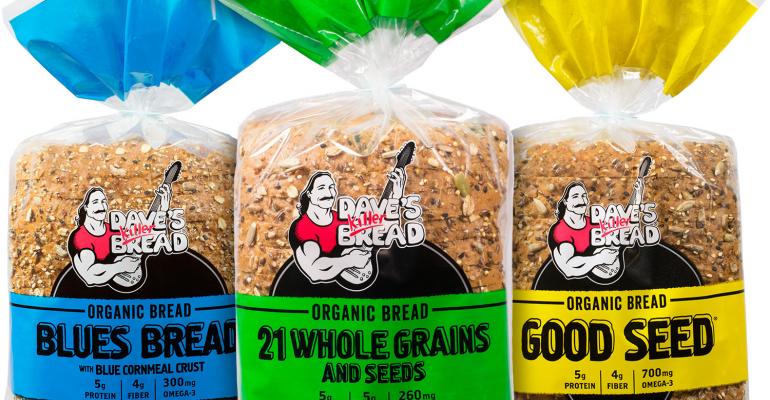 Dave&#39;s Killer Bread plans to accelerate distribution as an independent subsidiary of Flowers Foods, which also owns Wonder and Nature&#39;s Own breads, among others.

Dave’s Killer Bread today announced it has reached an agreement to be acquired by Flowers Foods (NYSE: FLO), the nation’s second largest baking company. Pending regulatory approval and customary closing conditions, the transaction is expected to be completed early this fall.

Flowers has nearly 100 years of history and baking experience, dating back to 1919 when the Flowers family opened its first bakery in Thomasville, Georgia. Today, Flowers operates 47 bakeries and its fresh bakery products are available to more than 80 percent of the U.S. population.

Adding Dave’s Killer Bread to Flowers’ product offering will allow the Milwaukie bakery to accelerate distribution and keep up with hungry consumers demanding its killer organic loaves. When the acquisition is complete, Dave’s Killer Bread will operate as an independent subsidiary and is expected to continue expansion of its Oregon operation where more than 300 employees fuel the brand’s success. Dave’s Killer Bread also will remain steadfast to its belief in the potential of its people, committed to not only hiring but advocating for the employment of people with criminal backgrounds through its foundation and sponsorship of the Second Chance Summit, a gathering of nonprofits, government officials and business leaders scheduled for October 16 in Portland, Ore.

As CEO John Tucker shared in a post to fans on Facebook: “Ten years ago, after 50 years in business as a small regional bakery called NatureBake, we took a little, experimental product to the Portland Farmer’s Market: Dave’s Killer Bread. It was the first of its kind—healthy, delicious, nutrition-packed, 100 percent organic bread, seeded all the way around and through for killer taste and texture. To our surprise, the bread was an instant hit. We’ve been working our butts off ever since trying to keep up. There’s no way we could have predicted how much people would fall in love with our product and our mission. In fact, as word has spread and demand grown, we’ve had trouble keeping up. It takes a special bakery to bake the Dave’s Killer Bread way—you’ve got to have the right equipment, the right people and the right heart. That’s why the partnership with Flowers Foods couldn’t come at a better time.”

Flowers Foods’ President and CEO Allen L. Shiver echoed Tucker’s enthusiasm for the pending acquisition: “We recognize the opportunity for growth in organic bread and have full intention to maintain what makes Dave’s Killer Bread powerfully different and unique: organic, whole grain and non-GMO ingredients. We have a long history of producing whole grain breads and a deep understanding of the unique process that’s required to bake a bread like Dave’s. It’s a very complementary partnership with a lot of shared values.”