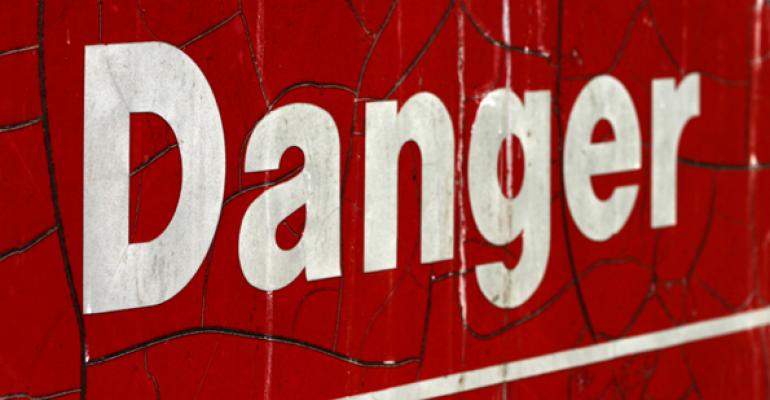 After toxicology tests on two U.S. soldiers who died of cardiac arrest turned up traces of DMAA, the military ordered a recall of Jack3d and other DMAA-containing products in all military exchanges worldwide. Could a geranium oil ban be far behind?

The U.S. Army is investigating the deaths of two U.S. soldiers possibly linked to the popular pre-workout supplement Jack3d from USPlabs. Toxicology tests performed on the bodies revealed the presence of DMAA (1,3 dimethylamylamine) in their blood, according to an article in Stars and Stripes. DMAA—aka methylhexaneamine (MHA); aka geranium oil/stem/extract—is the infamous, supposedly natural, active ingredient in Jack3d, and has been linked to possible risk of liver damage and heart failure.

The two soldiers were stationed on a base in the southwestern United States. Both died of cardiac arrest—one during a PT run this summer, and the other this fall after collapsing and being hospitalized for a month.

DMAA recall first of its kind

The string of related incidents prompted the military to pull all DMAA-containing products from the shelves of GNC shops inside all Army and Airforce Exchange Service and Navy Exchange stores worldwide. The recall is the first of its kind in the United States, as the U.S. Food & Drug Administration (FDA) still considers DMAA to be a dietary supplement ingredient and a natural component of geranium stems. Economics suggest otherwise, however—industry knowledge has it that the amount of DMAA purportedly produced from geraniums worldwide would increase retail prices as much as twentyfold.

Canada chooses to identify the substance as a drug. In June 2011, Health Canada issued a recall of 1MR, a pre-workout blend from BPI, for containing “DMAA, which is considered a drug substance under FDR [Canadian Food and Drugs Act and Regulations],” according to its recall listings.

The Health Canada decision remains relatively obscure, but this massive recall by the U.S. Military is apt to finally push the geranium debacle into the consumer spotlight. Not only are DMAA products popular among bodybuilders and on military bases, but high school athletes are keen on pre-workout products as well.

Industry has begun to distance itself from the growing geranium extracts scandal, while USPlabs has become further entrenched, putting up its defenses. The company issued a statement denying the possibility of a connection between the soldiers’ deaths and Jack3d, pointing to a string of recently-published safety studies. A sponsored trial from the University of Memphis, the Jack3d safety study was published on Dec. 6 in the journal Nutrition and Metabolic Insights. The study followed seven healthy men taking Jack3d once a day for two weeks, and it concluded that the supplement had no impact on resting heart rate or blood pressure.

Anthony Almada, industry expert and CEO of sports nutrition company GENr8, takes issue with the study, pointing out the fact that not one of the authors was a cardiovascular toxicology expert. “It showed no long-term evidence of safety, it was a tiny population and there were no EKG tracers,” he added. “Let’s call a safety study a safety study, and call a pilot, preliminary, top-of-the-iceberg assessment of tolerability what it really is.”

“The wrong individual, the wrong product: It’s potentially disastrous,” said Almada, who sees eerie reflections of the Ephedra scandal of 2003.

All this in time for the run-up to the 2012 Summer Olympics in London—a time-period historically rife with doping scandals linked to sports nutrition supplements.

Industry experts expect more exposés on DMAA. One of the key issues is whether or not anyone can ever prove that DMAA is a constituent of geranium. Answer so far: No, save for one much-disparaged study out of China, the infamous Ping Study.

Sources continue to point to a potential “mushroom-cloud event” for DMAA in the near future. What does a mushroom-cloud event look like? One could assume it looks like tragic deaths, followed by a product ban. Looks like a DMAA ban is on the horizon.

The next nightmare: geranium extracts
Mar 21, 2011