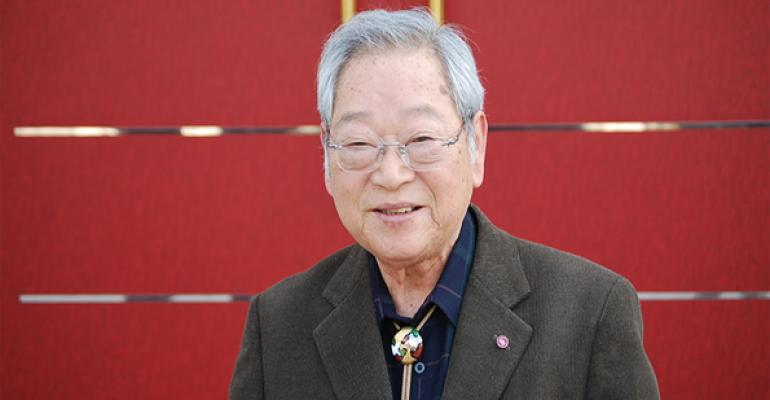 On March 1, Iichiroh Ohhira, Ph.D., developer of Dr. Ohhira’s Probiotic® Formulations (known as OM-X in Japan), passed away after a brief illness. He was 80 years old.

“This is extremely sad news for everyone at Essential Formulas. I had the privilege of working with Dr. Ohhira for many years and considered him not only a brilliant scientist but also a friend. He was a visionary in the field of microbiology and biochemistry and his pioneering research developed the first clinically controlled natural fermentation process, thus setting the gold standard for probiotic supplementation worldwide,” said Michael Schoor, CEO and president of Essential Formulas Inc. “Dr. Ohhira was a true humanitarian who made it his life’s work to positively impact the health of millions of people, thus becoming a champion for a generation who were seeking naturally viable health alternatives.”

In 1974, Dr. Ohhira founded Bio Activity Research & Development Center in Okayama, Japan, later known as BioBank. Through his research he discovered Enterococcus faecalis TH-10, a strain whose proteolytic power is 6.25 stronger than other lactic acid bacteria (LAB) known to science. This strain became the foundation of Dr. Ohhira’s award-winning formulations. This discovery, along with his research in lactic acid bacteria, earned Dr. Ohhira a series of prestigious awards. He received the “Presidential Citation from Philippine Medical Association” and was named a “GUSI Peace Prize” winner, often referred to as the Philippine’s version of the “Nobel Peace Prize.”

Dr. Ohhira once stated, “Each capsule is filled with our passion and hope for bringing health and long life to all 7 billion people on the earth. We make our product with not only proven scientific protocol but tender care through the power of fermentation, inspired through nature’s blessings and the mighty lactic acid bacteria.”

Continuing to lead the company is Chief Executive Officer Masumi Ohhira, lead research scientist and Dr. Ohhira’s protégé, Dr. Muneaki Takahata, Ph.D., and his team of researchers, and Hiroaki Takahata, who oversees marketing operations in Japan and other regions.

For the time being, we would like to reflect upon Dr. Ohhira’s life and express our gratitude to an exceptional man who gave everything to his company and his passion. According to his utmost wishes, the company will continue to pursue and expand the exciting adventure that he initiated in 1974.

For a full list of Dr. Ohhira’s accomplishments, visit www.essentialformulas.com/efi.cgim?template=beta-dr._ohhira