HomeNewsThe 'Dr. Oz effect' is no longer a positive
Recent
Latest
4 tips to get ahead of chemical concerns in packaging
May 20, 2022
7 CBD favorites in the increasingly popular gummies format
May 20, 2022
Mission MightyMe helps parents introduce allergens to babies
May 20, 2022
UNFI's Eric Dorne to step down as chief operating officer
May 20, 2022
Trending
Whole Foods' honors 30 companies with 10th annual Supplier Awards
May 18, 2022
Sponsored Content
The rise of sustainable business – eGuide
Sponsored Content
Getting ready for 2023: Trends for brands to consider
May 17, 2022
Sponsored Content
Unboxed: 7 plant-forward ice creams to stock this summer
May 10, 2022

The 'Dr. Oz effect' is no longer a positive 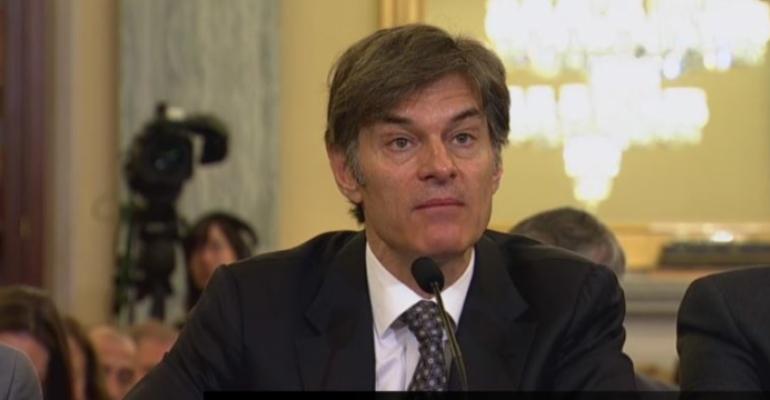 A group of doctors is asking Columbia University to dismiss Dr. Mehmet Oz from the faculty. This is bad news for Oz, but it might also be bad timing for the supplement industry.

Dr. Oz can’t stay out of the news. That used to be a good thing for a born-for-the-camera doctor with bonafide credentials.

But the headlines for the daytime TV host have flipped. This week it's a group of doctors asking Columbia University to dismiss Dr. Mehmet Oz from the faculty. The letter reportedly calls out Oz for his “disdain for science and for evidence-based medicine.” It goes on to state: "Thus, Dr. Oz is guilty of either outrageous conflicts of interest or flawed judgments about what constitutes appropriate medical treatments, or both. Whatever the nature of his pathology, members of the public are being misled and endangered, which makes Dr. Oz's presence on the faculty of a prestigious medical institution unacceptable." One of the doctors in the letter has been quoted calling Oz “fake and a charlatan."

Not so long ago, the “Dr. Oz effect” referred to the sudden spike in sales a supplement company might see when its product was mentioned on the TV doctor’s show. We wouldn’t be surprised if those sudden boosts can still happen, but the “effect” for many may be an impulse to recoil and distance themselves from the Dr. Oz brand. Last summer’s Senate hearing debacle pried open cracks in the Oz façade, and the resulting takedown by comedian John Oliver pushed the story to audiences that may not have paid attention to the doctor’s disastrous public face plant. Other headlines have included a study on green coffee beans he touted at the Senate hearing being retracted by the authors.

This is not a good time for the supplement industry to see a media champion fall from grace so quickly. In the wake of the New York attorney general’s investigation, industry insiders have been talking about the need for a high-profile, medically credible spokesperson to defend the history. Not so long ago, that could have been Oz.

They will have to keep looking to find that person now. And they will need to vet them rigorously before the reputation of the supplement industry can be linked to a single high-profile personality.