HomeNewsEarth Fare going out of business
Recent
Latest
3 reasons natural retailers are inflation-friendly shopping destinations
May 25, 2022
Sponsored Content
Organic agriculture and its impact on ingredients and the planet – webinar
Sponsored Content
The goodness wrapped in a certified organic seal – video
Podcast: What brands need to get on shelf at Fresh Thyme Market
May 24, 2022
Trending
Getting ready for 2023: Trends for brands to consider
May 17, 2022
6 tips to promote consumer understanding of Certified Organic
May 18, 2022
The Planting Hope Company aims to prove gender equity leads to success
May 23, 2022
Natural beauty market trends
Jun 16, 2021

Earth Fare going out of business 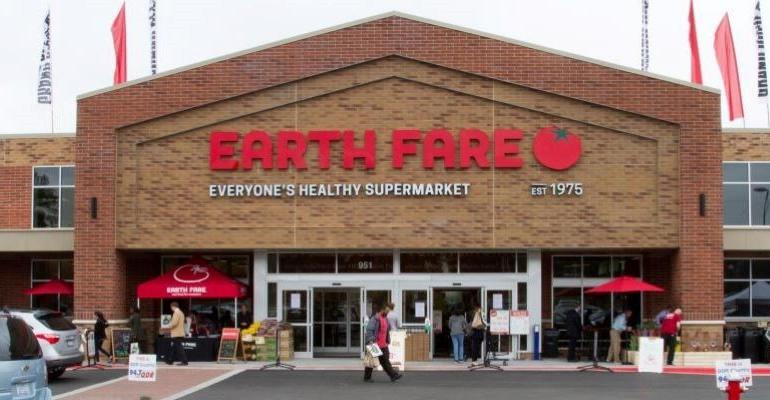 The Asheville, North Carolina-based chain said Monday that liquidation sales will begin at all of its stores as the company seeks to sell its assets “in whole or in parts.” Employees have been notified that the stores and corporate office will be closed, according to the retailer.

A spokeswoman for Earth Fare said the stores are expected to be shut by the end of February. The company hasn’t filed for bankruptcy, she said.

"Earth Fare has been proud to serve the natural and organic grocery market, and the decision to begin the process of closing our stores was not entered into lightly. We'd like to thank our team members for their commitment and dedication to serving our customers, and our vendors and suppliers for their partnership," Earth Fare said in a statement.

Earth Fare is announcing its plans to shut down just over a year after marking the opening of its 50th store, in Charlotte, North Carolina, and unveiling what it called “aggressive goals for growth” during the next several years, including new locations in Florida and North Carolina. At the time, CEO Frank Scorpiniti told The Charlotte Observer that Earth Fare aimed to open another 50 stores over the next five years. 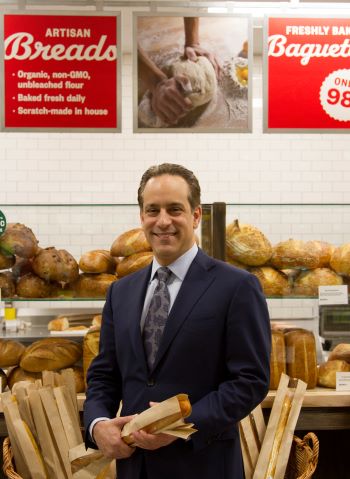 Frank Scorpiniti has served as Earth Fare's CEO since 2014. He previously was CEO of Canadian drug chain Rexall and, before that, led the pharmacy operation at New York City drug chain Duane Reade. (Image courtesy of Earth Fare)

But in its statements on Monday, Earth Fare noted that current retail market conditions and its debt load hampered its ability to operate, despite “numerous strategic initiatives aimed at growth and expansion and enhancing the customer experience.”

“While many of these initiatives improved the business, continued challenges in the retail industry impeded the company's progress as well as its ability to refinance its debt,” the company stated. “As a result, Earth Fare is not in a financial position to continue to operate on a go-forward basis. As such, we have made the difficult but necessary decision to commence inventory liquidation sales while we continue to engage in a process to find potential suitors for our stores.”

Scorpiniti joined Earth Fare as CEO in October 2014, coming over from Canadian pharmacy chain Rexall, where he was chief executive. At Earth Fare, he took over as CEO from Jack Murphy, who had left the previous month to join Fairway Market as CEO.

Earth Fare began in 1975 as a single, health-focused store called Dinner for the Earth, located in Asheville, North Carolina. The natural and organic foods retailer adopted the Earth Fare banner in 1994 after expanding from a specialty store to a full-service store.

Describing itself as a healthy foods industry leader, Earth Fare embraces what it calls its “Food Philosophy,” ensuring that all products sold are free of “unacceptable” ingredients, such as added hormones, antibiotics, high-fructose corn syrup, and bleached or bromated flour, as well as with no artificial fats and trans fats, sweeteners, preservatives, colors or flavors. The chain also has a Boot List of hundreds of ingredients and chemicals that it deems harmful. In line with the focus on “clean food,” the stores feature products and programs to make it easier for shoppers to incorporate a better-for-you eating strategy into their lifestyles.

Reports surfaced late last month that both Lucky’s Market and Fairway Market had filed or were planning to file for bankruptcy. Then just days later, New York-based Fairway announced it had filed for Chapter 11 and planned to sell all of its 14 stores. And less than a week after that, Niwot, Colorado-based Lucky’s affirmed that it had filed for Chapter 11 and fielded bids for 11 stores from Aldi and Publix Super Markets. The next day, the chain announced that its founders submitted bids to buy seven stores. Overall, plans call for 32 of Lucky’s 39 stores to be closed.