HomeNewsExperts move in to defend Vermont’s GMO labeling law
Recent
Latest
Podcast: What brands need to get on shelf at Fresh Thyme Market
May 24, 2022
Natural Habitats releases Palm Positive+, A Reference Guide
May 24, 2022
The Planting Hope Company aims to prove gender equity leads to success
May 23, 2022
4 tips to get ahead of chemical concerns in packaging
May 20, 2022
Trending
Whole Foods' honors 30 companies with 10th annual Supplier Awards
May 18, 2022
Getting ready for 2023: Trends for brands to consider
May 17, 2022
Sponsored Content
The rise of sustainable business – eGuide
Sponsored Content
Natural beauty market trends
Jun 16, 2021
Natural Vitality
brought to you by 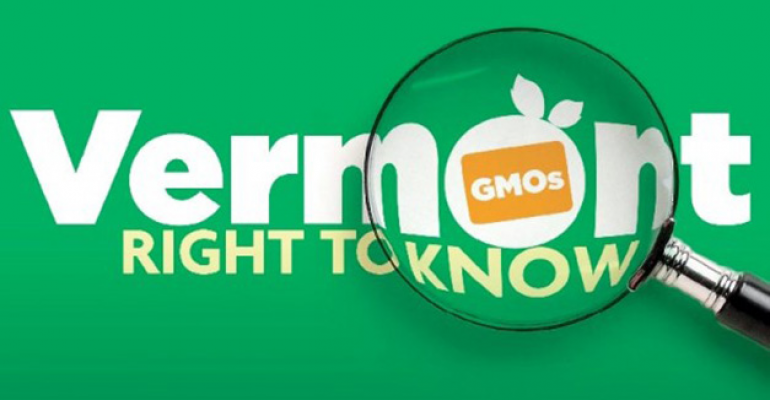 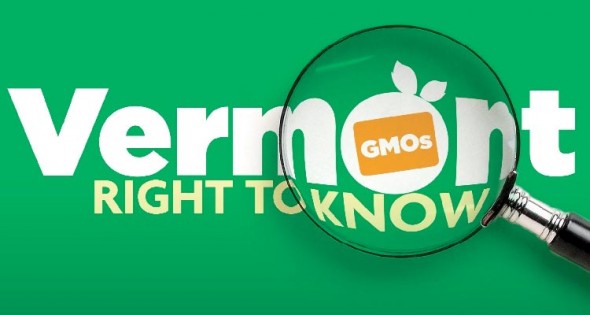 Vermont Public Interest Research Group (VPIRG) and Center for Food Safety (CFS) formally moved to defend Vermont’s genetically engineered (GE) food labeling law, Act 120. The groups filed legal papers to intervene on behalf of the State of Vermont in order to assist in defending Act 120 from a legal challenge brought by the Grocery Manufacturers Association (GMA) and other food industry trade associations. They are represented jointly by counsel from CFS and Vermont Law School’s Environmental and Natural Resources Law Clinic (ENRLC). Act 120 was signed into law on May 8, 2014. GMA, which represents the country’s largest food manufacturers and has poured tens of millions of dollars into anti-labeling campaigns in other states, sued Vermont just over a month after the law was signed.

“Corporations don’t get a veto in the state of Vermont,” said George Kimbrell, senior attorney for Center for Food Safety. “We will vigorously defend this legally sound and important law, which is critical to our members and our mission.”

“Vermonters take their food seriously, and this law gives them the information they need to make informed purchasing choices,” said Paul Burns, executive director of the Vermont Public Interest Research Group. “VPIRG will do whatever we can to defend the GMO labeling law from corporate bullies who would rather keep consumers in the dark about what’s in their food.”

“With this filing, we’re very proud to be taking our first step in defending Vermont’s law. We’ve seen Act 120 this far and aren’t going to give up now – it’s a strong law that deserves protection,” said Laura Murphy, associate director of the ENRLC, which represented VPIRG throughout Act 120’s legislative process.

The Vermont law is scheduled to take effect in July 2016. Two other states, Connecticut and Maine, passed GE food labeling laws with effective dates contingent on other states passing similar legislation. Oregon also has a ballot initiative on GE labeling in November 2014.  There are currently 64 countries with labeling laws and 70 state bills were introduced in 2013-2014, in 30 different states.

Act 120 was carefully considered by several committees before the Vermont legislature passed it and the governor signed it into law. The GE food labeling law received the support of a strong coalition of citizens groups such as VPIRG and the Vermont Right to Know GMOs coalition, which includes Rural Vermont, NOFA-Vermont, and Cedar Circle Farm. VPIRG and The Vermont Right to Know coalition were essential, spearheading statewide policy and grassroots campaign efforts for several years. Similarly, CFS has a long history as a leading champion for GE labeling and Act 120. CFS has led U.S. public interest efforts to secure the labeling of GE foods for nearly two decades, across the country.

GMA represents the country’s largest food manufacturers, which already label GE foods all over the world, but have forcefully fought efforts to label here in the U.S. For example, GMA spent over 13 million dollars to oppose 2012 and 2013 GE labeling ballot initiatives in California and Washington. GMA has also supported a bill in Congress that would preempt states from pursuing labeling laws, even in the absence of a federal standard. To help implement and defend its law, Vermont included in Act 120 a voluntary “food fight fund” provision to solicit public donations.

Outlook promising for Colorado's GMO labeling bill to get on November ballot
Aug 05, 2014