HomeNewsExpo West 2015 speaker David Perlmutter goes for the gut of brain matters
Recent
Latest
4 tips to get ahead of chemical concerns in packaging
May 20, 2022
7 CBD favorites in the increasingly popular gummies format
May 20, 2022
Mission MightyMe helps parents introduce allergens to babies
May 20, 2022
UNFI's Eric Dorne to step down as chief operating officer
May 20, 2022
Trending
Whole Foods' honors 30 companies with 10th annual Supplier Awards
May 18, 2022
Getting ready for 2023: Trends for brands to consider
May 17, 2022
Sponsored Content
The rise of sustainable business – eGuide
Sponsored Content
Natural beauty market trends
Jun 16, 2021
Natural Foods Merchandiser
brought to you by 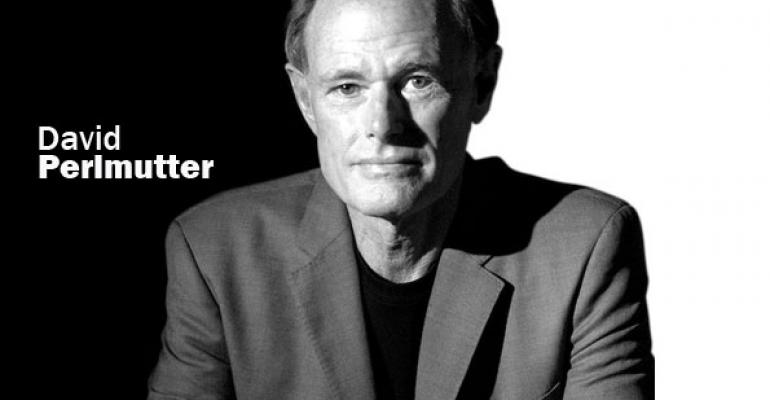 Grain Brain author David Perlmutter will address the gut of health issues as he sees them at Natural Products Expo West. He spoke with NFM about his ideas and what&#39;s next for him and gut-brain health. 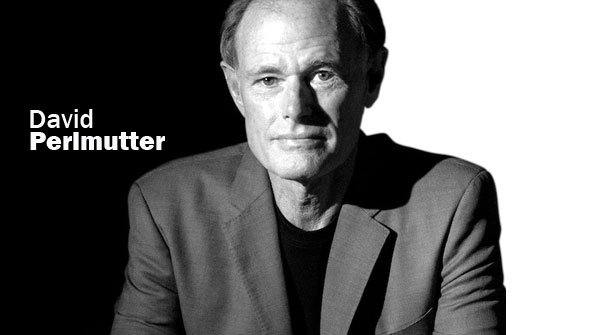 David Perlmutter, MD, is one of the biggest names in the holistic treatment of brain disorders. President of the Perlmutter Health Center in Naples, Florida, Perlmutter’s 2013 book Grain Brain: The Surprising Truth about Wheat, Carbs, and Sugar—Your Brain's Silent Killers became an international bestseller, and his follow-up, Brain Maker: The Power of Gut Microbes to Heal and Protect Your Brain—for Life, is due out in April. Now, during his Friday, March 6, keynote address, Perlmutter will explore how gut bacteria impacts the nervous system, and detail ways that natural retailers can help spread his new approach to brain health.

NFM: Why do gut bacteria have such a major impact on the nervous system?

David Perlmutter: Gut bacteria are intricately involved in the nervous system through a number of mechanisms. Gut bacteria actually manufacture many of the “neurotransmitters” that regulate brain activity. The balance of gut bacteria plays a role in metabolism and affects energy utilization of every cell in the body. More importantly, the gut bacteria play a critical role in maintaining the integrity of the gut wall. With changes in the complexion of the good bacteria, increased bowel wall permeability, or “leaky gut,” manifests, and this paves the way for inflammation, the cornerstone of various neurodegenerative conditions including Alzheimer’s disease and Parkinson's disease. Further, this breach of security of the gut lining enhances autoimmunity, the cornerstone of such devastating conditions as multiple sclerosis. Finally, the gut bacteria regulate the provision of short chain fatty acids which are fundamentally important for cellular metabolism throughout the body. Imbalances of gut bacteria can favor increased levels of propionic acid which provides a toxic environment for nerve cells.

NFM: Why do you think your message has resonated with so many people?

DP: Overall, I believe the general public is now acutely aware that medical science has fallen short when it comes to providing meaningful treatment for our most devastating neurological disorders including Alzheimer’s disease, autism, depression, ADHD, headaches, multiple sclerosis and so many more. With the mainstream popular press now highlighting the importance of the human microbiome in various health and disease states, the general public has really grasped on to this idea, and with good reason as the science is now fundamentally sound.

NFM: How do you respond to people who claim the ideas in Grain Brain aren’t supported by enough hard science?

DP: Grain Brain is the manifestation of my review of more than 200 leading-edge, peer-reviewed, scientific studies. As a matter of fact, the specific dietary recommendations found in Grain Brain were just validated as being demonstrated to actually reverse Alzheimer’s disease in research published by UCLA in the journal Aging. I believe that the most important way that we judge the validity of any statement or notion is to refer to the latest and most well-respected science, and this was what was used to write this book.

NFM: It’s not easy to change long-established diet and lifestyle patterns. What advice do you give people wanting to make such changes?

DP: Generally, when people are on the fence or hesitant to make these very critically important lifestyle changes, I point to statistics that indicate, for example, that the risk of Alzheimer’s disease is 50-50 in Americans who live to be 85 years or older. This is a sobering statistic, especially in the context of the fact that we now know that Alzheimer’s disease is a preventable situation when these lifestyle changes are adopted. And, it is a disease for which we currently have no meaningful treatment whatsoever.

NFM: What should natural retailers be doing to help people re-establish healthy microbiomes?

DP: We are just beginning to see profound traction in the area of both probiotics as well as prebiotics. I believe moving forward, we will see data indicating that GMO food, for example, may play a significant role in altering the gut microbiome and, as such, this will represent a significant push for organically raised food sources.

NFM: What are some of the novel interventions for re-establishing healthy microbiomes that you are most excited about?

DP: Fecal microbial transplantation, FMT, is now widely accepted as a powerful treatment for clostridium difficile infection. Indeed, this is a procedure now being performed in more than 150 hospitals here in America. In addition, however, we are now seeing FMT being performed not only for this infection, but for other diseases related to inflammation and autoimmunity, as well as preliminary evidence that FMT may prove helpful in various neurological issues like multiple sclerosis and even autism. Less aggressive, and certainly more palatable for the general population, is the utilization of probiotic enemas. This is actually a very simple technique in which rather than providing probiotics orally, they’re given in the form of an enema. This is not to say that there is not a place for oral probiotics as new research is demonstrating profound effects of from orally administered probiotics in a variety of clinical situations.

Special diets on the rise as gluten-free, paleo and others gain followers
Apr 15, 2014