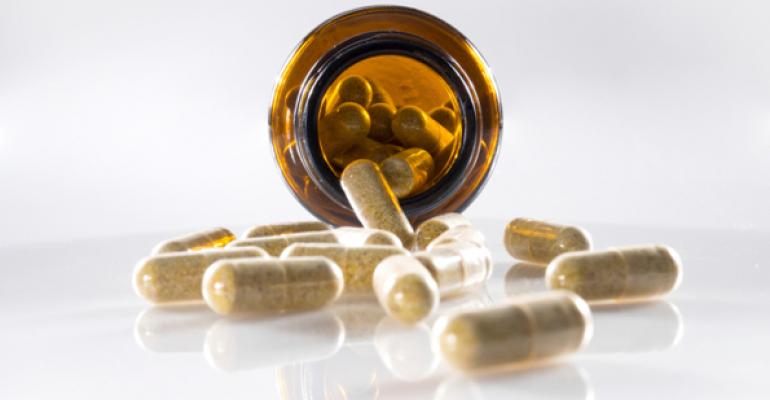 FDA Commissioner Scott Gottleb spoke of working group that could seek "new authorities" over supplements, forcing trade associations to pledge cooperation but the real cooperation may need to come between the associations themselves.

In the gray area between established regulations and actual enforcement, the supplements industry has long been forced to read between the lines. Now, however, the assigned reading includes a set of hastily scribbled notes in the margin, as FDA Commissioner Scott Gottleib raises eyebrows and blood pressure readings with remarks about a “dietary supplement working group” already formed within the agency.

It came in a few words delivered at a Food and Drug Law Institute Wednesday morning, and they hit the industry without warning. Gottlieb spoke about “problematic conduct” and “dangerous and illegal" ingredients. Such remarks would not seem surprising or alarming but for the words that followed: “I’ve formed a Dietary Supplement Working Group within FDA to take a hard look at what more the FDA can be doing within our existing authorities, including re-examining our own internal operating structure and procedures – and what new authorities might make sense.”

There is a lot in there for the industry to worry about. The trade associations have long called for more enforcement, but with the authority that the FDA already has, not “new authorities.” And a working group that’s been formed with no announcement and a total lack of involvement with the industry comes out of the gate cloaked in suspicion.

The industry might be squinting at that space between the lines to see true intent and implications, but there’s nothing to squint at. What sort of enforcement one can expect from existing regulations is difficult to determine, but what you can expect from new regulations coming out of a working group with an agenda described in so few words with so few details is, plainly, impossible.

Trade associations are already stepping up to pledge cooperation. The Natural Product Association issued a statement. Steve Mister at the Council for Responsible Nutrition said his group “looks forward to engaging with FDA on this working group.”

That’s commendable–but it’d be nice to get an invitation, just to see who’s on it.

The timing makes that invite list especially important and interesting as Utah Sen. Orrin Hatch, the industry’s biggest champion and an architect of the Dietary Supplement Health and Education Act, is just days away from shutting off the lights in his Senate office. There’s been some whispered worries about who might be lining up to take shots at the industry with Hatch leaving the Hill. Gottlieb says the group exists “within the FDA,” but nothing in Washington happens in a vacuum. Outside influence is practically a given.

The industry might not have the luxury of knowing what it’s responding to before planning a response. That response should include the same engagement the NPA and CRN are pledging, but engagement between CRN and NPA and every other trade association seems urgent and is likely occuring at a deeper level than the conversations happening now.

Gottlieb’s working group could turn out to be nothing. The chances of wringing new authority out of the incoming congress in a Washington as fractured as it is would seem minimal, but coming up with a plan to engage with a divided government and, perhaps more importantly, with consumers, is a worthy mission whether Gottlieb said anything or not.

If Hatch’s departure leaves an opening and Gottlieb’s words are heard as an echo of what was said by FDA Commissioner David Kessler in his pre-DSHEA attacks on supplements, the industries and every one of the associations will need to work together in a way they have not been forced to do in a generation.

Holding the rules up to the light to read between the lines is the curse of the industry, but the writing on the wall that says “COOPERATE” has never been easier to see.

Rick Polito is the editor in chief of the Nutrition Business Journal. The NBJ is currently offering discounts in an End-of-the-Year Sale. For information on purchasing subscriptions, market reports and data charts go to www.nutritionbusinessjournal.com or contact NBJ Business Development Manager Cindy Van Schouwen at  [email protected] (303) 998-9305