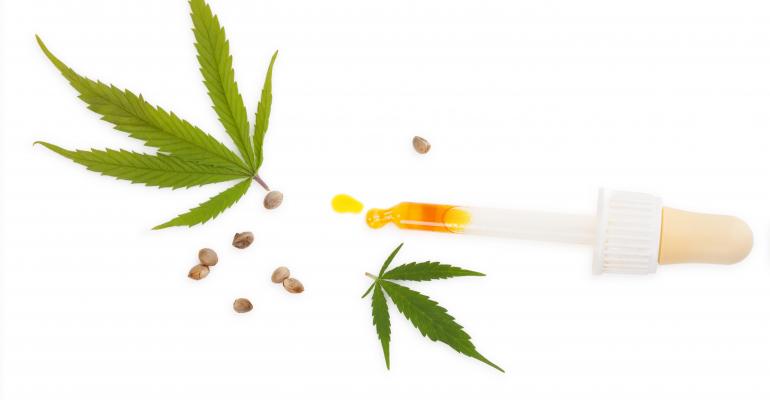 What the FDA, DEA and WHO are currently saying about CBD.

The World Health Organization earlier this year began to push for CBD to be an ingredient free from any government control. The U.S. Food and Drug Administration is preparing a response to that, because an international ruling that CBD is not a controlled substance would merit its removal from scheduling in the U.S. as well. And that would also remove the rationale put forward by the Drug Enforcement Agency to keep CBD in unsteady regulatory waters.

We're talking a serious domino about to fall.

"Prospects for unscheduled CBD look bright," the U.S. Hemp Roundtable said in an email. "More significantly, a recently released May FDA letter revealed that the agency also did not think CBD should be scheduled as a controlled substance."

It is important to understand that this scheduling discussion is limited to marijuana-derived CBD formulations such as the newly approved 100 percent CBD isolate pharmaceutical, Epidiolex.

"In our opinion," said the U.S. Hemp Roundtable, which is the hemp industry's national business association that represents more than 50 companies, "hemp-derived CBD is already exempted from the Controlled Substances Act in the 2014 Farm Bill's pilot program regime, and would be permanently and explicitly exempted from the CSA by the Hemp Farming Act, which we are very optimistic will be passed as part of the 2018 Farm Bill."

In an Oct. 30 letter to the FDA, the U.S. Hemp Roundtable also pushed the FDA to deschedule other low-THC cannabis extracts such as CBG.

"There is emerging scientific evidence suggesting that cannabinoids other than CBD provide health benefits," the Hemp Roundtable wrote to the FDA, "and formulations with low or zero THC lack psychoactive properties and have low abuse and dependence potential, similar to CBD."

The Hemp Roundtable also pushed the FDA to rescind its opinion that hemp-derived CBD does not qualify as a permissible dietary ingredient for foods or supplements.

The organization argued that CBD supplements the body's endocannabinoid system, thus qualifying as a dietary ingredient eligible for structure/function claims under the 1994 Dietary Supplements Health and Education Act (DSHEA).

It also questioned the FDA's rationale for disallowing CBD—that it is an active ingredient in an FDA-approved drug or has been investigated as a new drug with "substantial" clinical investigations that have been well-publicized.

"We contend that CBD does not fall under this preclusion," the Hemp Roundtable wrote, "because the clinical trials on CBD were extremely limited in scope and funding, and publication of these trials was also limited. In addition, we believe there is evidence that CBD was marketed as a food prior to the drug approval and the institution of substantial clinical investigations involving Epidiolex."

It is not known when (or if) the FDA will come out with its decision regarding scheduling of hemp-derived cannabinoids.