HomeNewsFiber food ingredients market poised for growth
Recent
Latest
4 tips to get ahead of chemical concerns in packaging
May 20, 2022
7 CBD favorites in the increasingly popular gummies format
May 20, 2022
Mission MightyMe helps parents introduce allergens to babies
May 20, 2022
UNFI's Eric Dorne to step down as chief operating officer
May 20, 2022
Trending
Whole Foods' honors 30 companies with 10th annual Supplier Awards
May 18, 2022
Getting ready for 2023: Trends for brands to consider
May 17, 2022
Sponsored Content
The rise of sustainable business – eGuide
Sponsored Content
Natural beauty market trends
Jun 16, 2021 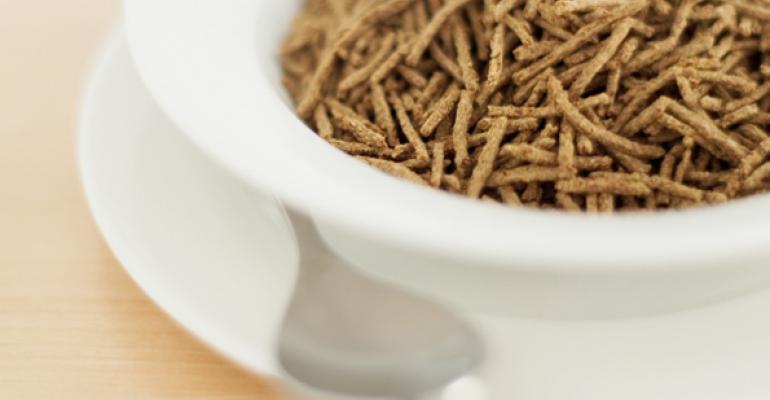 Digestive health is a top priority for Americans, yet most people consume only half of the daily recommended amount of fiber.

Chew on this: digestive health is a top health priority for Americans in 2012, yet most people still consume only about half of the daily recommended amount of fiber. To provide consumers with more ways to boost their digestive health, food manufacturers have initiated an ongoing introduction of new fiber-enhanced food products into a market segment that is still very much in its infancy and has room to grow, according to Fiber Food Ingredients in the U.S.: Soluble, Insoluble, and Digestive-Resistant Types, 2nd Edition.

More than 50 different fiber food ingredients are currently available to food formulators. Packaged Facts predicts that some fiber food ingredients will grow at a faster rate for reasons ranging from “being a more compatible ingredient to many applications” to “being a new player in the marketplace and one that has gained the attention of large food manufacturers,” notes David Sprinkle, the company’s research director. Still, few fiber food ingredients can compete with the widespread appeal and government support of grain-based products, especially those boosted by the inclusion of whole grains.

“The introduction of some fiber food ingredients, specifically many of those categorized as novel, has allowed for the development of entire new categories of fiber-enriched foods, which is helping drive the growth of specific fiber food ingredients. The strongest trend is with boosting the fiber content of grain-based foods, in particular those marketed as ‘made with whole grains,’” according to Sprinkle.

The growing emphasis on whole grains and other inherent sources of fiber can be traced back to the Dietary Guidelines for Americans, 2010, which included key recommendations that strongly centered on the consumption of dietary fiber. Also propelling the market is U.S. legislation that requires bakery items served in public schools to contain no less than 51 percent whole grain effective July 1, 2014. Already as of July 1, 2012, at least half of grains offered to students during the lunch week must be whole grain-rich. The impact on product development and reformulation efforts by food manufacturers—and in turn on the fiber food ingredient business itself—has been tremendous.

Cargill is one of several companies seeking to innovate in the fiber food ingredients market. Gaining a competitive edge spurred Cargill to open “innovation centers” in Brazil and the United States where employees work alongside clients to achieve specific formulation goals. Working with its client food companies, Cargill has targeted the requirements of the July 1, 2014 legislation and is searching for ways to provide the nutrition of whole grains in foods young people like to eat at costs low enough to appeal to institution food service. Two examples of these efforts were unveiled at the 2012 Institute of Food Technologies Food Expo in June. Blueberry snack bars with yogurt drizzle and pretzels, both with Oliggo-Fiber inulin (a line of natural soluble fiber ingredients) were developed to provide nutritious, good tasting, kid-friendly snacks that are a good source of fiber, in a low-fat treat. Packaged Facts considers such efforts by industry players as just the tip of the fiber-enriched product iceberg.

For more on fibers, including current market trends and future opportunities, check out NBJ/Engredea Monograph: Fibers.