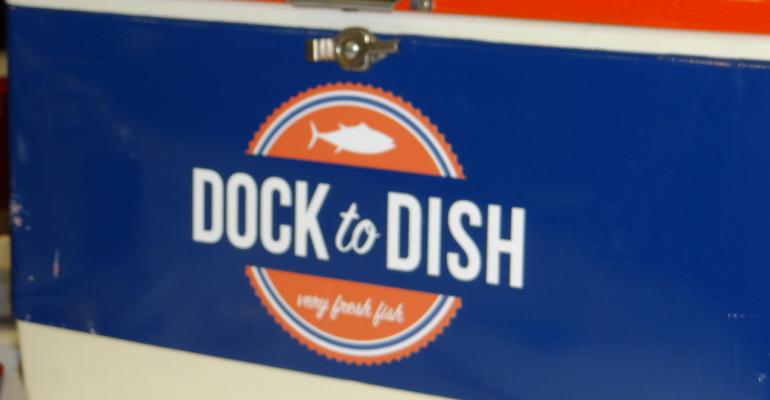 Florida is taking center stage in a new documentary that premiered at the 2015 Aspen Ideas Festival. A documentary series focused on the "Idea Economy" features Dock to Dish Key West, Florida's first Community Supported Fishery and Community Seafood Market, as one of three forward-looking enterprises.  Singled out by multi award-winning documentary filmmaker Alison Klayman, the company is focused on seafood sustainability, consumer health, and the livelihoods of Florida's commercial fishermen.

“We are extremely proud to have been selected by Klayman for the ‘Idea Economy’ documentary series,” D2D co-founder Tony Osborn said today. “Our inclusion proves that, together with our commercial fishermen, we do have the power to ‘rock the boat’ in the seafood industry. It’s exciting that a small company from a small town has the power to make a difference. This documentary provides our cause, mission and method with invaluable exposure on a national scale.”

HP Matter partnered with Klayman to develop a film series, “The Idea Economy”, that highlights the technology behind some of today's businesses that are disrupting and challenging the status quo in their respective industries. Each documentary explores the vision, passion and technological infrastructure of these companies that cultivates a need to change the world. In addition to D2D, the two other companies featured in the film series – which premiered on June 29th at the Aspen Ideas Festival – include Vimeo and One Kings Lane.

The Aspen Ideas Festival is the nation's premier, public gathering place for leaders from around the globe to discuss issues that shape our lives and challenge our times.

The documentary explores how D2D is disrupting the traditional fishing industry’s status quo and developing a sustainable system enabled by instant communication. Delivering fresh fish daily, according to the documentary, requires precise tracking of inventory and a communication platform for fisherman and customers. D2D’s model relies on the instantaneous sharing of information between fisherman and seafood market, seafood market and restaurant, and seafood market and consumer.

“Each day, individual members and restaurants receive texts and emails alerting them on the catch of the day for purchase,” Paul Menta said. “D2D’s model begins and ends with mobile communication- and it’s working.” Mr. Menta participated alongside the film’s director Alison Klayman and Hewlett Packard’s CIO Ramon Baez in a discussion panel with an invitation-only audience of 700 attendees.

In the six short months since its founding in February of 2015, over 200 individual and restaurant members have signed up to purchase seafood from the market. “We’re so excited to share locally caught, sustainable American seafood with our customers because it’s the safest and healthiest catch in the world,” co-founder Chris Holland emphasized. “By utilizing communication methods, we’re raising the quality of seafood sold in Florida. We’re also improving the livelihood of local fisherman, who are now provided with both consistent work and a higher per price per pound compared to the fishing conglomerates exporting our delicious Florida fish overseas.”

While D2D has experienced immense success in Florida, the documentary brings the state’s first community supported fishery and seafood market to national attention — a goal that Holland strives for. “I want sustainable seafood or, as we call it – sea-sustainability – to be at the forefront of everyone’s minds,” he said. “This documentary elevates our mission beyond what we’ve established in Florida.”