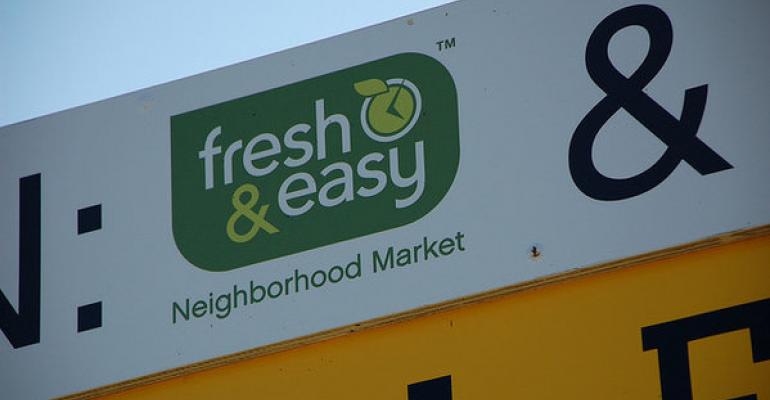 The future of Fresh &amp; Easy grocery stores is up in the air after parent company England-based Tesco said it will review the chain&#39;s performance.

Investor demands and market shortfalls might be leading Tesco to review its Fresh & Easy Neighborhood Market grocery store chain, according to a report in Bloomberg Businessweek.

That lack of differentiation appears to have hurt Fresh & Easy at a time when supermarket wars have intensified in the Bay Area with expansions in the grocery business from Whole Foods, FoodCo., Sprouts Farmers Markets, Trader Joe's, Walmart, Target and Safeway.

"Fresh & Easy made a lot of promises that raised consumers' expectations," Livingston said. "They tried to sell the consumer that they would have Whole Foods quality with Walmart pricing. That never came to pass."

Bloomberg reported that Tesco said several interested parties have approached the company to buy all or part of Fresh & Easy. Read the complete report here.