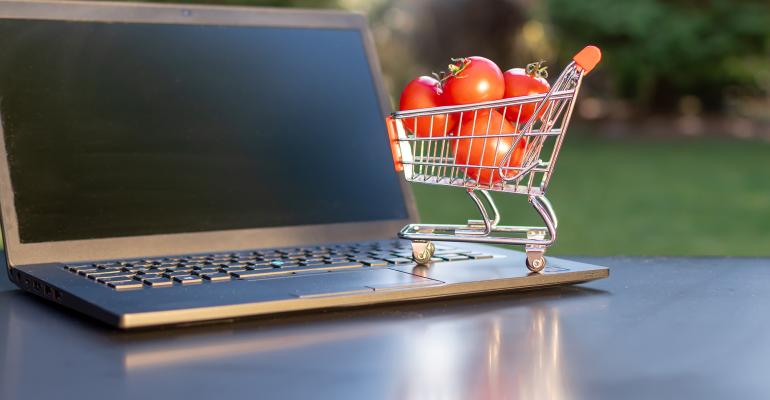 E-commerce sales are forecast to reach $321 billion in 2023—with the Asia/Pacific market leading the increase—according to a new report from Packaged Facts.

Global food e-commerce sales are forecast to nearly triple through 2023, rising to $321 billion and accounting for nearly 5% of total e-commerce revenues, according to Global Food E-Commerce, a new report from market research firm Packaged Facts.

The Asia/Pacific region is expected to account for the majority of absolute growth, primarily due to the rapidly expanding Chinese market. China dominates regional e-grocery activity in part because of the country’s large urban population and rapidly expanding middle class. In addition, much of China’s very large population has access to high-tech devices and the ability to shop online, due to the country’s position at the forefront of technological development and electronics, Packaged Facts found.

In 2018, more than 75% of food e-commerce revenues were concentrated in the top five markets: China, the United States, Japan, the United Kingdom and South Korea. In each of these countries, e-grocery spending is highest in large urban centers, where many retailers have focused their marketing efforts for home delivery or click-and-collect services.

Through 2023, demand growth in these countries will be driven by these five key factors identified by Packaged Facts:

The report covers the scope, size and growth of the global food e-commerce (i.e., online grocery or e-grocery) market including key trends in major regions and national markets. Historical data are provided for 2013 and 2018 with forecasts for 2023 and 2028.

Why new brands need both e-commerce and retail strategies
Nov 29, 2018