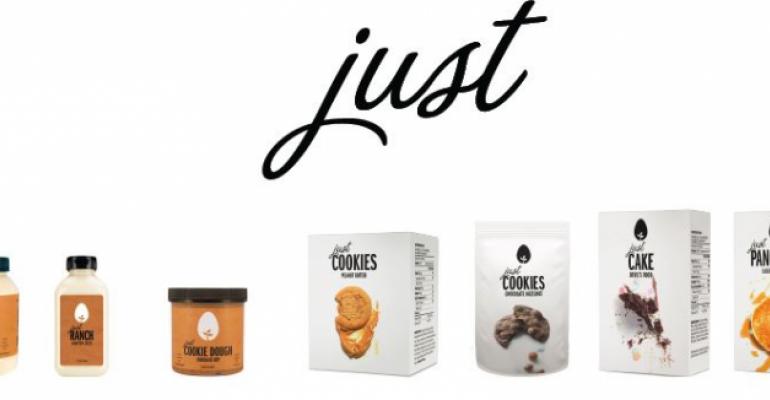 Hampton Creek, the much-cited model for a reported startup culture in food tech, announced an exponential expansion of its product base this week. Three new products are set to hit Walmart and Target this month, followed by dozens more.

The company included 43 new product launches in the announcement, with most set to hit shelves by June.

The announcement marks a dramatic move for a company that got a wave of media attention for its roster of high-profile tech investors and a stated mission to create a plant-based egg substitute at an affordable  price point. Before the announcement, Hampton Creek had only four finished products: its Just Mayo eggless mayonnaise and three cookie products.

Josh Tetrick said announcing 43 new products all at once was not a strategic move, but instead a simple fact of product development. “It was really just a matter of ‘We got it done,’” Tetrick said Friday from Hampton Creek’s San Francisco headquarters.

The products include new cookie dough flavors, a Just Mayo Light, a pancake mix and 12 salad dressings. All the products will feature Hampton Creek’s egg substitute.

Tetrick called the bigger retail footprint important to the mission of creating products that are healthy and affordable while addressing environmental concerns associated with the egg and poultry industry. Products will be seen in the refrigerated section, frozen food cases and the baking aisle, he noted. Via the company’s relationship with food-service giant Compass Group, Just Mayo is already in thousands of schools, universities, athletic stadiums and other venues.

“The Just products are everywhere,” Tetrick said, explaining that the ubiquity helps raise awareness of not only the products but the issues Hampton Creek hopes to address. “If we can have more of those touch points of making it easy to do the right thing, that’s an extension of everything we’re trying to do.”

Notably absent from the products to be launched is an eggless scramble. Hampton Creek has been working on creating a scramble since its inception, but Tetrick said the company has set high standards for the taste/texture experience that have not been met. He promised, however, that the scramble would be released in the fourth quarter of 2016.

Tetrick was reluctant to predict that bigger product selection’s effect on sales. With roughly half of its offerings in food service, Hampton Creek saw 350 percent growth in sales last year, he said, and expanded from roughly 50 employees to 120.

He was more eager to name his favorite product: the pancake mix. “I ate a lot of pancakes growing up in Alabama,” Tetrick said.