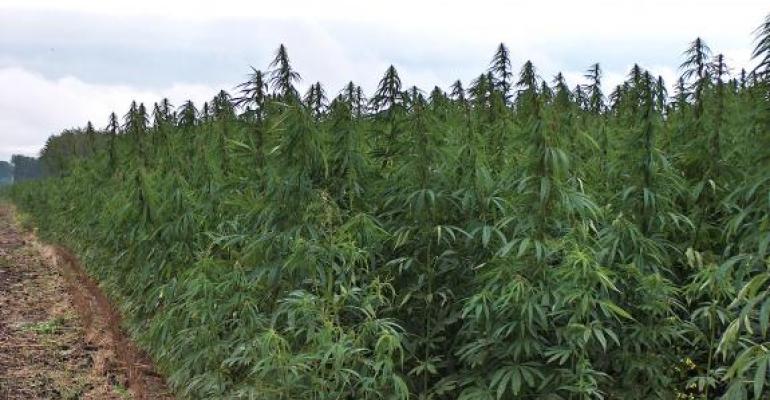 Despite the Jan. 4 announcement from U.S. Attorney General Jeff Sessions that it will broadly go after the budding marijuana industry, the Hemp Industries Association asserts that state-legalized hemp farming programs remain legal under the 2014 Farm Bill.

Sessions said the Department of Justice would immediately rescind five memoranda issued under the Obama administration that provided guidance on criminal prosecution of marijuana-related offenses under federal law. The five memoranda collectively addressed the medical use of marijuana, general enforcement of marijuana laws, marijuana-related financial crimes, and marijuana issues on tribal lands. The best known of the memoranda was issued by Deputy Attorney General James M. Cole on August 29, 2013. In it, the Department of Justice announced a general policy of non-enforcement of federal marijuana law in states that had instituted their own "strong and effective regulatory and enforcement systems," which served to protect public health and safety and did not implicate certain federal law enforcement priorities.

Because the definition of “marihuana” under the Controlled Substances Act does not distinguish between marijuana and industrial hemp, the rescinded guidance memoranda all implied inclusion of—and effectively gave some protection to—industrial hemp farming programs. The collection of federal memoranda had established a general policy of federal non-interference in otherwise state-legal enterprises engaged in cultivation, processing and sale of marijuana, as well as industrial hemp plants and products. The Jan. 4 announcement by Attorney General Sessions has given rise to questions about the continued sustainability of industrial hemp in states where such activities are legal.

“This decision is a step backward for U.S. cannabis policy," said Joy Beckerman, vice president of the board at the Hemp Industries Association, "and boldly ignores voters who overwhelmingly support marijuana legalization. If anything, the threat by the Department of Justice to crack down on state-legal marijuana could result in spurring Congress to once and for all act to fully and finally protect the growth and expansion of the new American hemp economy.”

The Hemp Industries Association (HIA), a trade association representing hundreds of hemp businesses, asserted that industrial hemp remains protected under exemptions to the Controlled Substances Act, per section 7606 of the Agricultural Act of 2014 (the “Farm Bill”), which permits the cultivation of industrial hemp by institutions of higher education and under state agricultural pilot programs, as defined for purposes of research. Additionally, the U.S. Consolidated Appropriations Acts of both 2016 and 2017 include a provision that disallows the use of federal funds “to prohibit the transportation, processing, sale, or use of industrial hemp that is grown or cultivated in accordance with the [Farm Bill] within or outside the State in which the industrial hemp was grown.” This further precludes the Department of Justice from pursuing legal action against Farm Bill compliant hemp farming, processing, manufacturing and commerce, asserts the HIA.

Hence, while the recent developments by the Department of Justice regarding marijuana are concerning, the HIA stands firm that industrial hemp business activities will continue to expand and flourish in the United States.

“As we extol our optimism regarding industrial hemp, we must also make it clear that the HIA does not support the recent rescission action by the Department of Justice,” said Colleen Keahey, executive director of the Hemp Industries Association. “This rescission stands to impact important business relationships that exist between industrial hemp brands and hemp product manufacturers, and the legal retail marijuana market. Marijuana retailers reach a focused pro-cannabis market where hemp clothing, food, paper, plastics and hemp-derived CBD product sales are known to perform well,” she continued.

The HIA acknowledges that the recent action by U.S. Attorney General Sessions is cause for concern; however, this change does not give way to concern for the hemp industries. The HIA will share calls-to-action regarding necessary amendments to the U.S. Industrial Hemp Farming Act (H.R. 3530), related hemp legislation, including Industrial Hemp Banking Act (H.R. 4711), as well as the association’s position on the next Farm Bill. The HIA will continue to be work with fellow hemp organizations in support of pro-hemp policies to ensure the Farm Bill offers more comprehensive language to improve and expand upon the reintroduction of industrial hemp as an agricultural commodity in the U.S.