High stakes week: Feds face off against hemp and CBD 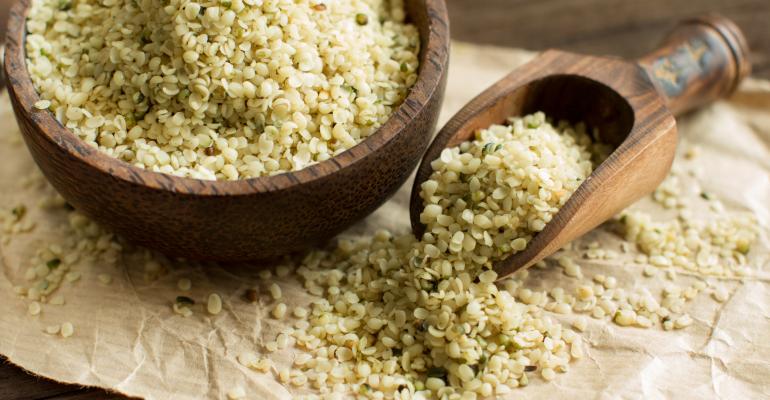 A court case and an official from the USDA reveal that the Trump administration is very much not in favor of hemp.

A pair of incidents over the past week could well determine the fate of the hemp industry for the next six years, and maybe longer.

On Feb. 15., in a replay of a landmark 2004 case between the Drug Enforcement Agency and the hemp industry that ended up liberating cannabis as a food, the two sides again faced off in front of the same 9th Circuit Court of Appeals in San Francisco to litigate the future of CBD.

Fourteen years ago, the hemp seed and hemp oil industry took off after judges ruled that hemp was not the same as get-high marijuana.

Last week, the argument was over the DEA’s December 2016 rule that the non-psychoactive CBD is a “marihuana extract” and thus is a Schedule 1 drug under the Controlled Substances Act.

The Hemp Industries Association, whose case was litigated by Denver attorney Bob Hoban of Hoban Law Group, asserted that the DEA is guilty of “executive administration over-reach” by attempting to create a new controlled substance out of CBD. Such an action is under the purview of Congress, not the drug agency, Hoban said.

“It’s perceived that the DEA did a scheduling action,” said Hoban. “The precedent was set in 2004, which flowed into the creation of the hemp products industry.”

Of the 9th circuit panel of three judges who heard the case, two were appointed by Bill Clinton, one by George W. Bush.

Judge Richard Tallman, a Clinton appointee, asked whether this was simply a case of the DEA implementing a new tracking code for hemp products in order to abide by international treaties.

“Why is the industry so concerned if they fill out forms for DEA using this code telling the DEA that they’re making various products which are otherwise I think very useful?” he asked. “What’s the industry afraid of?”

Hoban had a succinct two-part answer that both addressed how the DEA did not follow treaty protocol and explained why the rule is more insidious than a mere benign administrative action.

“The proper procedure pursuant to the UN treaty was not followed here,” said Hoban. “This rule schedules things that Congress had not previously scheduled. There are specific findings and findings that must be followed.”

Hoban referenced actions taken in states around the country, from North Dakota to Indiana and Tennessee, where authorities used the DEA rule as the basis for seizing product and closing stores. The DEA attorney presenting the government’s case said that the onus is on individual businesses to litigate their individual cases, rather than trying to throw out the entire rule, as Hoban suggested.

“It’s not practical to suggest the individuals who are subject on a weekly basis to the use of this rule should have to defend each and every single suit when the source and the stem of the problem is this final rule,” said Hoban. “Very clearly, cannabis is not a controlled substance. Very clearly, cannabinoids are not controlled substances but are subject to the source rule—the source of the cannabinoid dictates whether or not it’s a legal or illegal substance. Those are clear and precise statements.”

If this is merely an HIA versus DEA redux from 2004 all over again, as Hoban suggested, the hemp industry—and specifically purveyors of the booming hemp-derived CBD supplement market—should feel confident about their prospects. History is on its side.

It also helps that the three-judge panel has two judges appointed by a Democratic president.

It also helped that the court will avail itself of a 30-page amicus brief—a “friend of the court” statement by Congress itself—that backs the hemp industry’s position.

But while history is on hemp’s side, and the 9th Circuit court is known for being the most liberal one in the country, these are different judges hearing the appeal than the ones from 2004.

In addition, the court could rule very narrowly that the DEA was merely filing an administrative action in order to abide by international treaties.

Following the proceeding, Hendrix summarized that the DEA’s position is that businesses that get busted by the DEA should have the burden to overturn the DEA action in court.

“Bob’s point was that it’s easy for you to say that if you’re not in the business,” Hendrix said. “Bob said we should solve this first, that it’s better to prevent.”

The court is expected to decide the case before the end of the calendar year. Click here to watch the proceedings.

Up next: hemp farmers

While the Trump administration’s drug agencies go after companies selling products containing hemp-derived CBD, an official from the U.S. Department of Agriculture told the media that the agency is concerned about oversupply issues if hemp was allowed to flourish across the country.

“Opening the door wide open nationwide, with no restrictions, may not be in the best interests of the hemp industry,” said Greg Ibach, under secretary for the U.S. Department of Agriculture, speaking to the media at the Governor’s Forum on Colorado Agriculture in Denver. “One of the challenges we maybe have in the hemp industry is to make sure that demand and production coincide.”

Charming sentiment, but while hemp acreage has indeed taken off since the 2014 Farm Bill allowed states to grow it, the demand for hemp products—especially hemp-derived CBD—has actually not kept pace. Most hemp-derived CBD sourced for supplements is imported.

“It’s so ludicrous I can’t even believe it,” said Steve Hoffman, president of Compass Natural, which does public relations for natural products companies, including several in the hemp space. “They’re concerned about overproduction and price drops? We’re importing from Europe and China! To me it’s just an excuse.”

Ibach specified that the 2019 Farm Bill should not endeavor to change current law around hemp production—which is exactly what the hemp industry endeavors to do, especially if the Hemp Farming Production Act cannot get passed in Congress.

“We are 70 years behind,” said CV Science's Josh Hendrix. “The reality is that soybeans took 20 years to get off the ground. Right now hemp is mostly used for CBD. The future is food and fiber.”

The USDA spokesman also said that if hemp production laws were to be liberalized as part of the 2019 Farm Bill, the Trump administration would propose that growers be regulated by the Department of Justice, which includes the DEA, and not the Department of Agriculture as is the case with every other crop grown in America.

“That gives (U.S. Attorney General) Jeff Sessions the opportunity to make industrial hemp a felony,” said Hoffman. “It should be administered by the USDA, and the agency should also give certified organic status to hemp.”

In a perfect world, the 9th Circuit Court will, once again, rule for the hemp industry over the DEA. And then Congress will pass the Hemp Farming Production Act or, if not, the Farm Bill that would include many of the same provisions around hemp and CBD legalization. In the real world, though, Farm Bill provisions last only five years, while legislation is forever. Still, given how CBD took off after the 2014 Farm Bill, many in the hemp industry would take it.

CBD Summit covers cannabis from seed to shelf—and then some
Jan 30, 2018