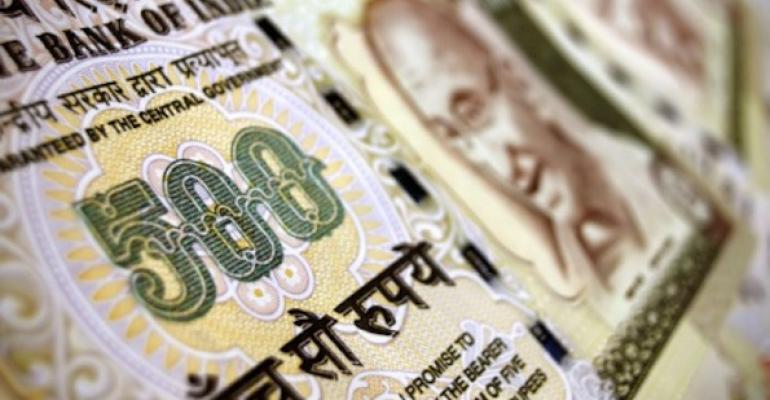 India&#39;s economy is booming and increasing safety concerns with products coming out of China could shift the tides in favor of India-based suppliers.

What country's economy is, according to Reuter's news agency, expected to rise more than 7.5 percent in 2013?

If you guessed India—Ding! Ding! Ding! Pass the mango lasse. You win. And if you are a gutsy, gritty entrepreneur in the natural products industry, you might just want to sit up and take notice.

China is closing out the year with a corpus of stories of contamination in its global supply chain. In the past year, inspectors in Cyprus found arsenic in frozen calamari; Italians discovered maggots in pasta; and glass chips were found in pumpkin seeds bound for Denmark. Spanish regulators blocked a shipment of frozen duck meat because of forged papers, The New York Times reported.

But these ills paled in comparison to the recent poisoning of 11,000 German school children from the norovirus linked to a shipment of frozen Chinese strawberries. The illness causes severe diarrhea and vomiting; 30 people were hospitalized.

According to the German newspaper Der Spiegel, Chinese food imports to Europe have doubled between 2005 and 2010. Americans have become equally dependent on, and susceptible to, Chinese food safety transgressions.

After two highly publicized cases of contamination in Chinese-made baby formula—once with mercury, and another time with a cancer-causing toxin called aflatoxin—the Chinese government finally responded. In August, Chinese authorities arrested more than 2,000 people and closed 5,000 businesses in what it called a crackdown on food safety problems.

But everyone knows, such a move is only the start in a long process of food safety reform needed in China.

"Like most ingredient importers in the United States, we have a large percentage of our products that come from China," explained Kathy Lund, director of business development and marketing for AIDP Inc. of California. For 15 years, AIDP has been a leading supplier of a wide range of vitamins, minerals, amino acids, specialty and proprietary products.

"In my discussions with other sellers, and with our customers, they recognize that the majority of American food products are from China, and that isn't going to change," Lund said. "And making a greater effort on quality control, once we receive it on our end, and also in helping the Chinese do greater policing on their end—that's going to be much more productive than saying 'Oh, we are never going to buy things from China anymore.' That just isn't realistic.

"We have employees on the ground [in China] who help us qualify products and do audits; that's one way we are unique as a supply house. When evaluating a new supplier, whether in China or elsewhere, we have a process we go through of how we qualify them. When we do audits of plants, we say 'Here is a punch list of things that need to be addressed before we can authorize you as a supplier,' and everyone has to go through that process."

Though most of the U.S. food and supplement supply chain is reliant on China, there is growing interest among importers in what Indian growers and distributors might have to offer. AIDP itself sources its curcumin from India, as well as has several manufacturing alliances in the country.

Like China, India has enormous acreage available for agriculture, and has one huge advantage over China: English is one of the country's official languages.

"Emerging markets like India are more a viable source of tropical resources and less a source of low-cost labor," said Kantha Shelke, principle consultant at Corvus Blue. "Indian suppliers, in addition to having access to fertile forest resources of tropical plants (including fungi) and their products, also come with knowledge based on the experience of its population that largely cultivated and fed on these products for food and medicine, until very recently. Many of these materials have been studied and used in Ayurveda—the traditional native and alternative medicine system—for their nutritional and anti-nutritional properties."

"Presently, only a fraction of total potential is being tapped by the food processing at large," Shelke said. "But the emerging trend of wariness of pharmaceuticals and highly-processed foods will profoundly reshape ingredient supply chains over the coming decades. This reshaping will also be influenced by complex economic and geopolitical challenges and the growing demand for all things Indian, but not necessarily Bollywood."

Bill Sardi, a health-industry journalist and longtime entrepreneur in the resveratrol industry, has been to India twice in the past two years on scouting expeditions. He sees India as an alternate supply source for China, but cautions that its infrastructure and bureaucracy is still in its infancy, compared to China.

"India's raw material suppliers are to be seen in context of an emerging country," Sardi says. "It is best to do business with Indian suppliers with go-betweens. For example, Lalilab is a credible supplier of raw materials that will ensure products live up to their declarations. GMP means checking on raw materials before and after processing and final product manufacturing.

"Recognize that India is a country largely without medicines and relies more on spices in its food as medicine. Aspirin in India is holy basil, found in virtually every home. Because India is English-speaking (this second language unites them), and they are affable and eager to do business, India will be a growing source of raw materials for the natural products industry," Sardi says.

Curcumin, ashwagandha and beyond

One place to start might be in the import of raw materials that have long been strengths within India's own country.

Hands down, turmeric/curcumin is the hottest Indian export to North America. It appears that established European and Japanese companies are starting to dominate that ingredient, according to Don Brown, with Natural Product Research Consultants.

Another top Indian export is ashwagandha (Withania somnifera), which is being manufactured in a variety of ways for different end products. Indian-based company Ixoreal BioMed is best known for its flagship ashwagandha ingredient, KSM-66.

But there are some other flagship Indian ingredients that have not been so well capitalized. These include astragalus, boswelia, psyllium and amla.

Yet another Indian supply strength is hyaluronic acid (hyaluronan). HCA is an important part of the body's cartilage and skin, where it is involved in tissue repair. The compound is also believed to play an important role in brain development. It is a favorite new ingredient in skin-care products, and according to the Wall Street Journal's Market Watch, products containing HCA are experiencing "stunning" growth trends.

Emerging markets such as Brazil, mainland China and India are becoming major suppliers for HCA.

Industry gears up for Functional Food and Beverages India
Jul 08, 2012