HomeNewsIt came from New York: A look back at the biggest supplement story of 2015
Recent
Latest
Innovation at Milkadamia is a weekly exercise
May 27, 2022
Sponsored Content
Are there potential carcinogens swimming in your biobased laundry detergent? – article
Rowdy Mermaid disrupts functional beverages with science-based innovation
May 26, 2022
Monitor: Environmental claims confuse consumers—even natural shoppers
May 26, 2022
Trending
Getting ready for 2023: Trends for brands to consider
May 17, 2022
Sponsored Content
Exploring the CBD gummy revolution – article
Sponsored Content
Natural beauty market trends
Jun 16, 2021
Sponsored Content
The Planting Hope Company aims to prove gender equity leads to success
May 23, 2022
NBJ
brought to you by

It came from New York: A look back at the biggest supplement story of 2015 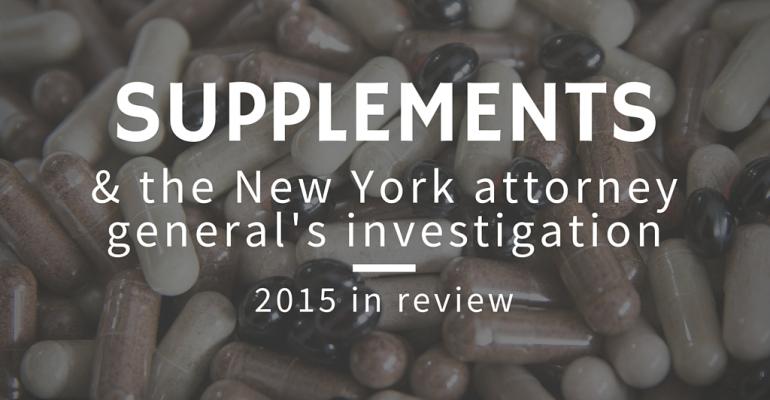 Ten months of coverage by the Nutrition Business Journal and newhope360 reveals an industry at a crossroads.

In any given year, the supplement industry can look like the mainstream media’s favorite punching bag. In 2015, they hung that punching bag over a bonfire, painted a target on it and loaded up the big guns.

Many of those guns were aimed and fired from New York and the office of the attorney general.  While it wasn’t the only story that looked bad for supplements—don’t forget HBO’s “Real Sports” segment on supplements in the military and the extended Dr. Oz implosion of the spring—looking back over more than 10 months of NBJ and newhope360 coverage of the ongoing story reveals an industry perhaps better prepared than ever to face challenges that predate the attorney general’s actions by decades.

The New York Attorney General’s investigation into herbal supplements sold at major retailers including Target and Walmart was announced the first week of February, and the industry was quick to respond.

Within weeks, insiders were beginning to look beyond the initial story at how the industry could make changes to strengthen the supply chain and boost consumer confidence.

Nearly two months after news of the NYAG investigation broke, one of the most important retailers in the prosecutor’s sites was ready to make a deal.

From the beginning, industry leaders were quick to question the NYAG’s use of DNA barcode testing. Three months later, they were forced to contemplate how that test could change the business and what consumers needed to know about what the industry was doing right.

At the Nutrition Business Journal Summit, the implications of the New York investigation were central to every discussion, especially when the New York Times reporter who broke the story (and whose work inspired the investigation) took the stage.

Halfway into 2015, NBJ was beginning to see the effect on supplement sales. 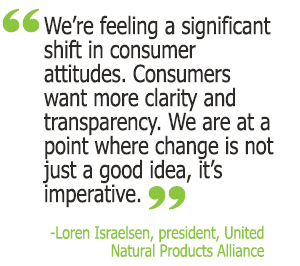 Six months after the investigation was announced, a quiet coalition of industry figures were ready to propose very specific steps that could include a new approach to supplement regulation.

The New York attorney general’s office swung the spotlight back to supplements in September with a case against products containing devil’s claw. Though arguably more about picking very arcane straws than protecting the consumer, the action made it clear that the prosecutors were upping the sophistication of their game.

In the fall, the industry was ready to take a closer look at DNA barcode testing becoming effectively the law of the land, but a case in Oregon revealed troubling new relationships between FDA regulators and state prosecutors

In November, signs of new cooperation between state and federal regulators suggested troubling times for the supplement industry.