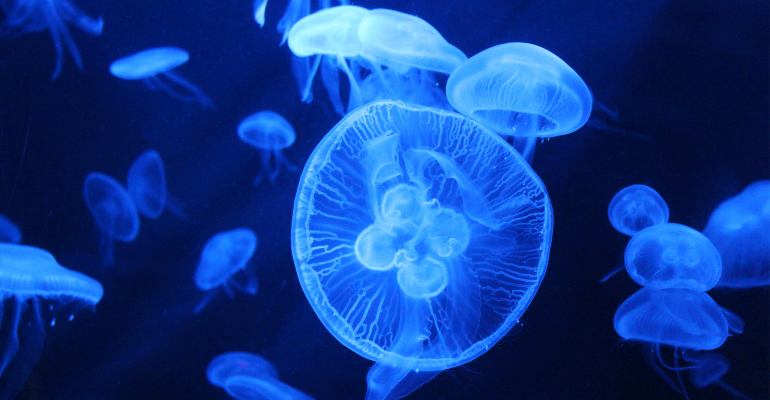 Heavily promoted in TV ads, Prevagen's makers claimed a jellyfish protein could improve memory, but the FTC and many in the industry questioned the science.

A federal judge has dismissed a lawsuit filed in New York by state and federal regulators against Quincy Bioscience, the marketer of a dietary supplement to improve memory in older adults.

In a 31-page complaint brought in January against Quincy Bioscience and its co-founders, the FTC and New York Attorney General Eric Schneiderman alleged violations of federal and state deceptive advertising laws.

But on Sept. 28, U.S. District Judge Louis L. Stanton dismissed all the claims in the lawsuit, dealing a victory to Quincy Bioscience’s Prevagen—a dietary supplement that yielded U.S. sales of $165 million between 2007 and mid-2015.

The case is distinguishable from many other lawsuits filed against companies in the dietary supplement industry by the federal agency responsible for cracking down on deceptive advertisements: the FTC (Federal Trade Commission).

Regulators were not concerned with the adequacy of the overall study upon which Quincy Bioscience relied to tout its advertising statements. In fact, to assess the impact of Prevagen on older adults, Quincy Bioscience conducted a randomized, double-blind, placebo-controlled study, what the company’s lawyers described in court documents as the “gold standard" to corroborate the advertising statements.

In one subgroup, for example, participants showed statistically significant improvements over individuals who received the placebo in three of nine tasks: measuring memory; psychomotor function; and visual learning.

In their complaint, state and federal regulators noted “researchers conducted more than 30 post hoc analyses of the results looking at data broken down by several variations of smaller subgroups for each of the nine computerized cognitive tasks"; such analysis, the complaint asserted, “greatly increases the probability that the statistically significant improvements shown are by chance alone."

But in granting the defendants’ motion to dismiss the federal claims, the judge found the lawsuit neglected “to do more than point to possible sources of error but cannot allege that any actual errors occurred."

“They [plaintiffs] say that findings based on post hoc exploratory analyses have an increased risk of false positives, and increased probability of results altered by chance alone, but neither explain the nature of such risks nor show that they affected the subgroups’ performance in any way or registered any false positives," Stanton wrote in his 13-page order dismissing the lawsuit. “Nor do they give any reason to suspect that these risks are so large in the abstract that they prevent any use of the subgroup concept, which is widely used in the interpretation of data in the dietary supplement field."

The complaint, the judge concluded, failed to demonstrate “reliance upon the subgroup data ‘is likely to mislead consumers acting reasonably under the circumstances,’ as is necessary to state its claim."

FTC spokesman Mitchell Katz said the agency was reviewing the court’s ruling and had no further comment.

Quincy Bioscience of Madison, Wisconsin said it was “pleased with the decision."

In an emailed statement, the company expressed its continuing belief that “it has presented substantial scientific support for the claims made in advertising for Prevagen."

Stanton, a judge in the U.S. District Court for the Southern District of New York, also ruled there was no adequate basis for him to exercise “supplemental jurisdiction over the state law claims," which he dismissed without prejudice.

“The New York State courts may find merit in the remaining claims under New York statutes, which are best left to them," the judge observed.

The office of Schneiderman—the New York attorney general who previously characterized Prevagen’s marketing as a “clear-cut fraud"—said in an emailed statement it was “reviewing the decision and will determine next steps."

The lawsuit against Quincy Bioscience reflects, in part, FTC’s efforts to crack down on allegedly deceptive advertisements targeting vulnerable populations like the elderly. It also represents at least the second major victory for the dietary supplement industry in recent years in prominent court battles versus FTC.

In 2015, a federal judge in New Jersey ruled in favor of Bayer Corp. in a years-long dispute with the federal government over advertising statements related to a probiotic supplement known as Phillips’ Colon Health. The case reflected fundamental disagreements between the broader dietary supplement industry and FTC over the evidence required to adequately support—or “substantiate"—an advertising claim.