HomeNewsJury rules for Coke against POM Wonderful
Recent
Latest
Sponsored Content
Balanced Health Botanicals Newsletter – May
Getting ready for 2023: Trends for brands to consider
May 17, 2022
EXPO VIDEO: How did a young sparkling water brand get licensing deals with Marvel and Disney?
May 16, 2022
Beyond Meat's product launches lower Q1 profits
May 16, 2022
Trending
Debra Stark’s light shines bright on natural products industry
May 10, 2022
Unboxed: 7 plant-forward ice creams to stock this summer
May 10, 2022
Hemp CBD industry struggles so far in 2022
May 10, 2022
Monitor: Consumer research on collagen shows how much education is needed
May 12, 2022 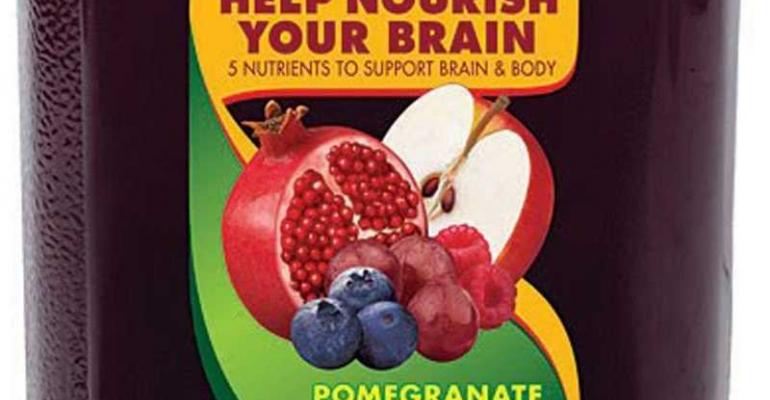 A Los Angeles jury paved the way for duplicitous marketers by concluding against a unanimous U.S. Supreme Court and industry players alike in the Pom Wonderful v. Coca-Cola suit on Tuesday.

The jury ruled in favor of Coke, reported Courthouse News.

In 2014, the Supreme Court ruled 8-0 that POM could sue Coke over its Minute Maid Enhanced Pomegranate Blueberry drink, because the 59-ounce container contained all of 2 teaspoons of pomegranate and blueberry juice. That is, just 0.3 percent pomegranate juice and only 0.2 percent blueberry juice. Fully 99.4 percent of the drink was apple and grape juice (raspberry juice constituted the remaining 0.1 percent in a classic case of “why bother,” except in order to put some images of red ripe raspberries on the front-of-pack labels.)

The dispute has been going on since 2008. The core legal issue is whether two federal statutes, which have peacefully co-existed for 70 years, can continue to do so, or whether the FDA-regulated Food, Drug and Cosmetic Act (FDCA), which regulates technical labeling, trumps the false-advertising Lanham Act.

Coke argued that its product name was accurate, and the ingredients are listed in order of appearance on the Nutrition Facts panel, per the FDCA. POM noted that the name of the drink was really Pomegranate Blueberry because those two words were far larger than everything else on the label, and the product contained just traces of pomegranate and blueberry juice.

In oral arguments before the Supreme Court in 2014, Justice Kennedy –- who ended up writing the court opinion –- was clearly peeved when the Coke attorney said only “unintelligent consumers” might be be duped. “Don’t make me feel bad because I thought that this was pomegranate juice!” Kennedy said from the bench.

And the linchpin of the case was that, not only did the Supreme Court say the two federal statutes at play were able to co-exist, but that the Lanham Act was “a floor, not a ceiling,” according to Daniel Silverman, a former in-house counsel at POM Wonderful and partner at Venable LLP in Los Angeles. “Just because you meet technical labeling requirements, you can’t dupe consumers. Yes, you have to meet requirements, but that’s not all. You can’t deceive. In the case of Coke, it was frankly a clear smoking gun they were out to deceive. The product, in large letters, says Pomegranate Blueberry, and the consumer think it’s mostly that, but there’s only 2 teaspoons of pomegranate and blueberry juice in a bottle.”

Of note, as part of its defense, Coke said that POM had “unclean hands” because of the trouble POM’s gotten into with the Federal Trade Commission over health claims.

The unanimous Supreme Court ruling looked like it would send shock waves through the dietary supplements industry as well, because of the issue of so-called borrowed science. That is, companies use the science of a competitor to make claims of their generic product. The thinking was, this deceptive-marketing case could open the door for similar competitive lawsuits, so long as a company could demonstrate an economic loss from said borrowed science. But that idea has lost its lustre because of this jury decision.