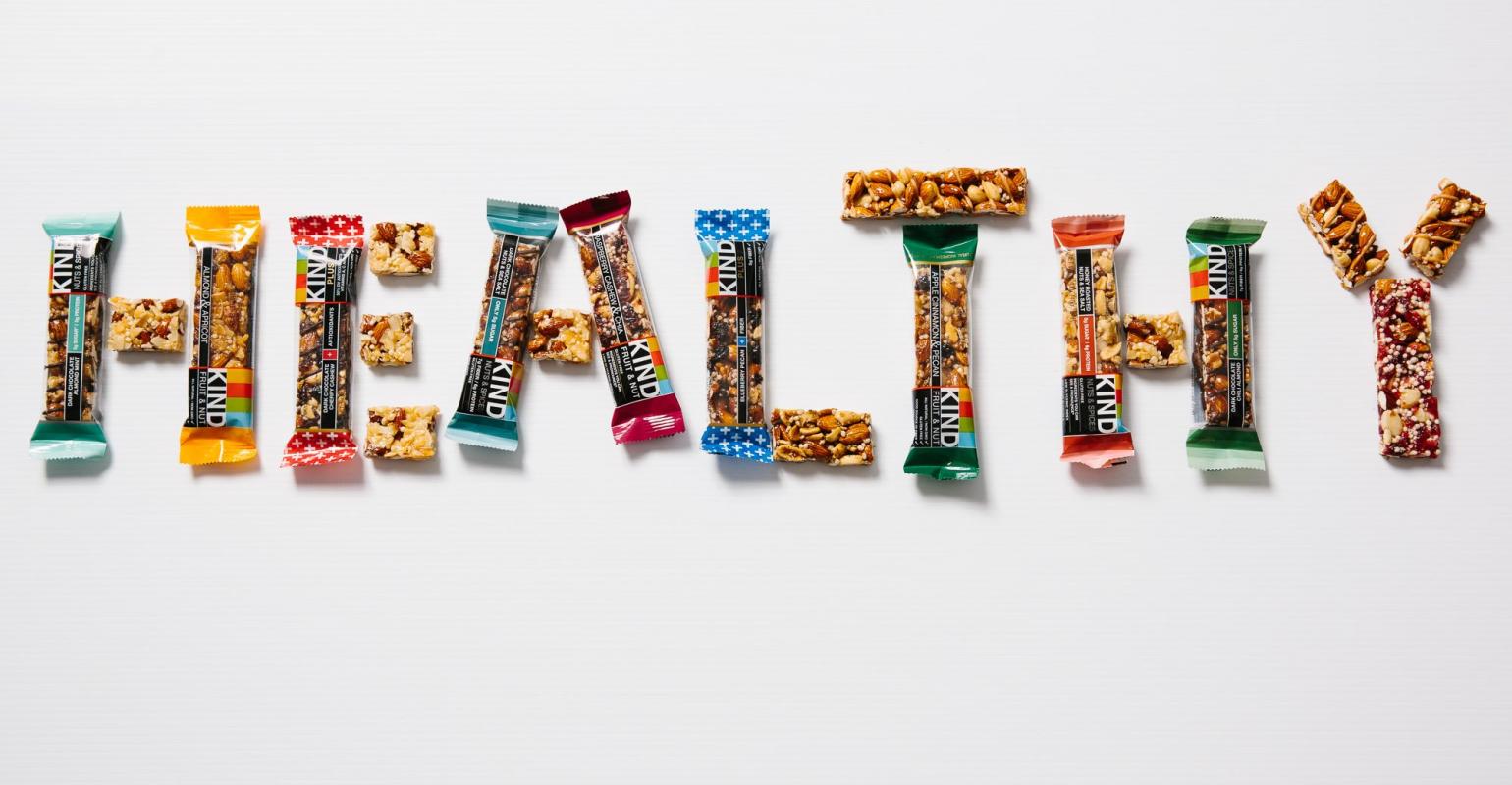 KIND submits comments to the FDA to update the definition of "healthy." Here are the brand's four main solutions.

These are the words that prompted the Food & Drug Administration to send KIND, makers of nut-and-fruit-based nutrition bars, a warning letter citing discrepancies in its package’s labeling back in 2015. While "tasty" is subjective, the term "healthy" is regulated by the FDA—and some of KIND’s SKUs didn’t make the cut.

"You may use the term 'healthy' as an implied nutrient content claim on the label or in the labeling of a food provided that the food, among other things, is ‘low saturated fat’ as defined in 21 CFR 101.62(c)(2) [i.e., the food has a saturated fat content of 1 gram or less per Reference Amount Customarily Consumed and no more than 15 percent of the calories are from saturated fat]," FDA’s letter stated.

Where is all of this saturated fat coming from? It’s not from trans fats—hydrogenated oils highly connected to heart disease. The fat is derived from heart-protective ingredients such as almonds, cashews, coconut and, in some instances, palm oil found in the dark chocolate. Back in 2015, KIND's SVP of Communications Joe Cohen said in a statement: "There is an overwhelming body of scientific evidence supporting that nuts are wholesome and nutritious. This is similar to other foods that do not meet the standard for use of the term healthy, but are generally considered to be good for you like avocados, salmon and eggs."

KIND updated its packaging and kept its same recipes. But the brand wasn’t satisfied.

Under current FDA regulation, fat-free chocolate pudding can be considered healthy, but products that contain ample whole-food ingredients like nuts and avocados cannot. KIND felt that based on modern scientific evidence, the FDA’s definition of "healthy" was flawed. Last December, KIND filed a petition that urged the regulating agency to "update its requirements related to the term healthy so that they’re better aligned with modern science and federal guidelines," according to a blog on KIND’s website. The petition worked. The FDA is currently collecting comments to better the definition of healthy.

Fittingly, KIND was quick to submit its input in a letter. Here are KIND’s pragmatic suggestions, which the brand calls "guiding principles," to improve the definition of "healthy," as outlined in the brand's official comments to the FDA.

KIND calls for regulators to exclude the total fat and saturated fat content of foods that the 2015-2020 Dietary Guidelines say we should be eating more of, such as seafood, legumes, nuts, seeds, fruits, grains and eggs. KIND argues that labeling these whole foods as healthy will help consumers include more of them in their diet.

“Healthy” should not require thresholds for “good” nutrients

The 2015-2020 Dietary Guidelines say, “people do not eat food groups and nutrients in isolation but rather in combination, and the totality of the diet forms an overall eating pattern.” Focusing on thresholds for specific nutrients like vitamin A, vitamin C, vitamin D, calcium and more muddles the healthy eating message by suggesting individual nutrients are more important than eating whole foods. A threshold mentality is what contributed to the rise of meal-replacement shakes that contain enough vitamins and minerals to be considered “healthy” but that are loaded with sugar and artificial ingredients.

“Healthy” should include limits on sugar, saturated fat, trans fat and sodium if it is added

KIND agrees with the recent FDA decision to require food companies to include an “added sugar” declaration on food labels if something like cane sugar is added. For example, “if a food product contains whole grains, nuts, palm kernel oil, honey and fruit, the honey and the palm kernel oil would be counted towards the established added sugar and saturated fat thresholds, respectively,” explains KIND in its comment letter. “However, the sugar, sodium and saturated fat contributed by the whole grains, nuts and fruit would not be included in determining compliance with this threshold.” This distinction educates consumers that whole foods are healthiest—even if they contain naturally occurring sugar.

Citing the American Heart Association and the American Diabetes Association, KIND argues that the health effects of low- or no-calorie sweeteners are still inexact. Additionally, KIND recommends that products with synthetic colors be bared from using the term “healthy” on their packaging and marketing materials, as their health impact on children is still unclear.