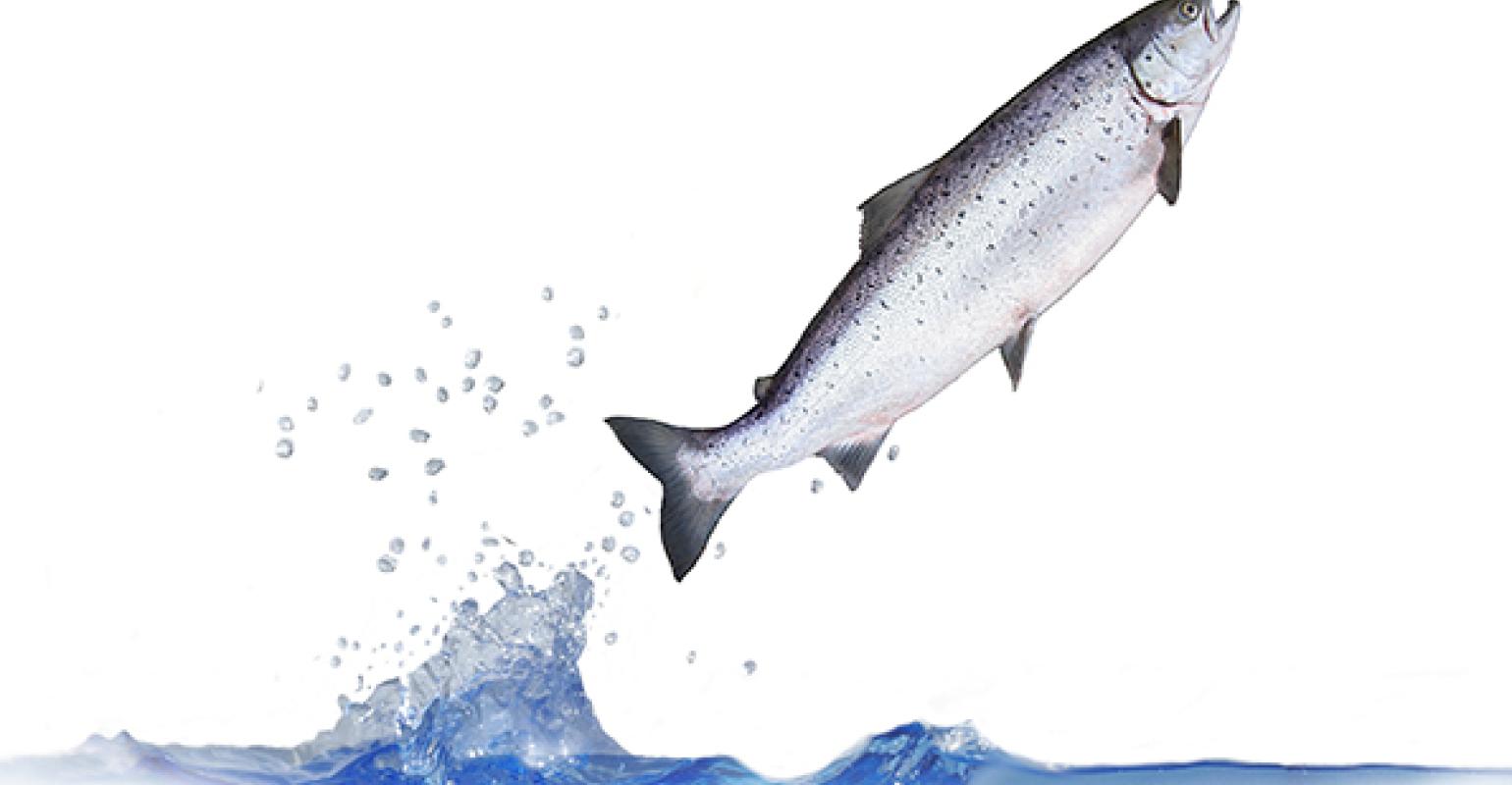 A broad coalition of environmental, consumer, and commercial and recreational fishing organizations today sued the U.S. Food and Drug Administration for approving the first-ever genetically engineered—GE—food animal, an Atlantic salmon engineered to grow quickly. The man-made salmon was created by AquaBounty Technologies, Inc. with DNA from three fish: Atlantic salmon, Pacific king salmon, and Arctic ocean eelpout. This marks the first time any government in the world has approved a GE animal for commercial sale and consumption.

In approving the GE salmon, FDA determined it would not require labeling of the GE fish to let consumers know what they are buying, which led Congress to call for labeling in the 2016 omnibus spending bill. FDA’s approval also ignored comments from nearly 2 million people opposed to the approval because the agency failed to analyze and prevent the risks to wild salmon and the environment, as well as fishing communities, including the risk that GE salmon could escape and threaten endangered wild salmon stocks.

AquaBounty’s GE salmon will undertake a 5,000-mile journey to reach U.S. supermarkets. The company plans to produce the GE salmon eggs on Prince Edward Island, Canada. The GE salmon will then be grown to market-size in a facility in Panama, processed into fillets, and shipped to the U.S. for sale. That complicated scheme is only for the initial approval, however. AquaBounty has publicly announced plans to ultimately grow its GE fish in the U.S. rather than Panama, and sell it around the world. Despite this, FDA’s approval only considered the current plans for the far-flung facilities in Canada and Panama, leaving the risk of escape and contamination of U.S. salmon runs unstudied.

The lawsuit challenges FDA’s claim that it has authority to approve and regulate GE animals as “animal drugs” under the 1938 Federal Food, Drug, and Cosmetic Act. Those provisions were meant to ensure the safety of veterinary drugs administered to treat disease in livestock and were not intended to address entirely new GE animals that can pass along their altered genes to the next generation. The approval of the GE salmon opens the door to other genetically engineered fish and shellfish, as well as chickens, cows, sheep, goats, rabbits and pigs that are reportedly in development.

The lawsuit also highlights FDA’s failure to protect the environment and consult wildlife agencies in its review process, as required by federal law. U.S. Atlantic salmon, and many populations of Pacific salmon, are protected by the Endangered Species Act and in danger of extinction. Salmon is a keystone species and unique runs have been treasured by residents for thousands of years. Diverse salmon runs today sustain thousands of American fishing families, and are highly valued in domestic markets as a healthy, domestic, “green” food.

When GE salmon escape or are accidentally released into the environment, the new species could threaten wild populations by mating with endangered salmon species, outcompeting them for scarce resources and habitat, and/or introducing new diseases. Studies have shown that there is a high risk for GE organisms to escape into the natural environment, and that GE salmon can crossbreed with native fish. Transgenic contamination has become common in the GE plant context, where contamination episodes have cost U.S. farmers billions of dollars over the past decade.  In wild organisms like fish, it could be even more damaging.

The world’s preeminent experts on GE fish and risk assessment, as well as biologists at U.S. wildlife agencies charged with protecting fish and wildlife heavily criticized the FDA decision for failing to evaluate these impacts. FDA ignored their concerns in the final approval.

Statements from counsel and plaintiff coalition:

“FDA’s decision is as unlawful as it is irresponsible,” said George Kimbrell, senior attorney for Center for Food Safety and co-counsel for the plaintiffs. “This case is about protecting our fisheries and ocean ecosystems from the foreseeable harms of the first-ever GE fish, harms FDA refused to even consider, let alone prevent. But it’s also about the future of our food: FDA should not, and cannot, responsibly regulate this GE animal, nor any future GE animals, by treating them as drugs under a 1938 law.”

“FDA has not answered crucial questions about the environmental risks posed by these fish or what can happen when these fish escape,” said Earthjustice attorney Brettny Hardy and co-counsel for plaintiffs. “We need these answers now and the FDA must be held to a higher standard. We are talking about the mass production of a highly migratory GE fish that could threaten some of the last remaining wild salmon on the planet. This isn’t the time to skimp on analysis and simply hope for the best.”

“Atlantic salmon populations including our endangered Gulf of Maine fish are hanging on by a thread– they can’t afford additional threats posed by GE salmon,” said Ed Friedman from Friends of Merrymeeting Bay, one of the parties who successfully petitioned to classify most Maine Atlantic salmon as endangered. “The law requires agencies like FDA, who aren’t fisheries biologists, to get review and approval from scientists with that expertise. FDA’s refusal to do this before allowing commercialization of GE salmon is not only irresponsible, it violates the law.”

“On Prince Edward Island and across Atlantic Canada, indigenous peoples, anglers and community groups are working hard to protect and restore endangered salmon populations and rivers. Genetic contamination threatens all this work and in return there is little or no economic benefit to the region,” said Mark Butler, policy director at Ecology Action Centre in Nova Scotia.

There’s never been a farmed salmon that hasn’t eventually escaped into the natural environment. Why should we believe that long term, these frankenfish won’t be the same?” asked Golden Gate Salmon Association executive director John McManus.

“Once they escape, you can’t put these transgenic fish back in the bag. They’re manufactured to outgrow wild salmon, and if they cross-breed, it could have irreversible impacts on the natural world,” said Dune Lankard, a salmon fisherman and the Center for Biological Diversity’s Alaska representative. “This kind of dangerous tinkering could easily morph into a disaster for wild salmon that will be impossible to undo.”

“FDA’s action threatens and disrespects the wild salmon ecosystems, cultures and industries that are treasured here in the Pacific Northwest and Alaska,” said Gabriel Scott, Alaska legal director for Cascadia Wildlands. “These folks think a salmon is just a packet of protein, but we in Salmon Nation know better. From Alaska to California, Americans are intimately related with diverse runs of salmon and we’ve learned their unique attributes and incredible value. We’ve worked very hard to be good stewards of our natural heritage, and refuse to allow that to be undone by one company’s irresponsible experiment.”

“The FDA has failed to adequately examine the risks associated with transgenic salmon,” said Wenonah Hauter, executive director of Food & Water Watch. “The long term effects of people eating genetically modified foods have never been adequately addressed—and this GE salmon is no exception. This fish is unnecessary, so why take the risk?”

“It’s clear that the market has rejected GE salmon despite FDA’s reckless approval,” said Dana Perls, food and technology campaigner for Friends of the Earth. “Major retailers including Costco, Safeway and Kroger won’t sell it and polls show the vast majority of people don’t want to eat it. Yet under this approval it won’t be labeled, violating our fundamental right to know what we are feeding our families.”