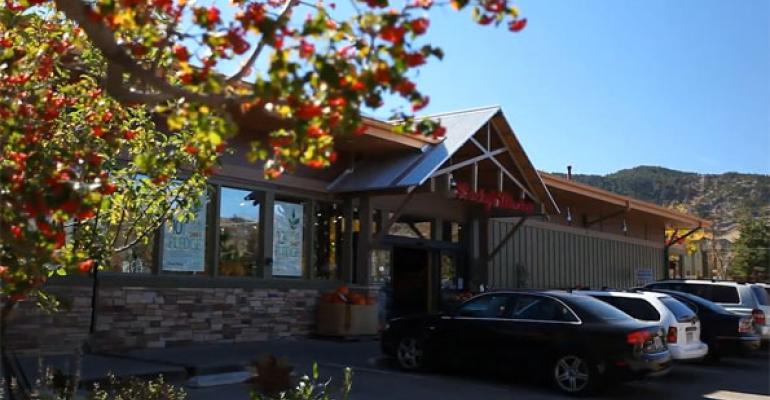 Over the next 30 months, the independent grocer plans to open six stores in &lsquo;America&rsquo;s heartland&rsquo; based on the successful pricing and local foods model it has used to compete within Boulder, Colo.&rsquo;s competitive natural retail market.

CORRECTION: An earlier version of this story incorrectly stated that UNFI has invested in Lucky’s Farmers Market. UNFI is a distributor of Lucky’sFarmers Market but has never invested in the retailer. We regret the error.

Yet another natural retailer is planning its expansion into the Midwestern region of the United States. Lucky’s Farmers Market, based in Boulder, Colo., announced via its website its intention to open six stores in Montana, Idaho, Nebraska, Iowa, Missouri and other cities within “America’s heartland” over the next 30 months.

As outlined in the video below, the build out of the Lucky’s chain is being orchestrated by the store’s founder, Bo Sharon, and a team of industry veterans, including former executives of Wild Oats and Sunflower Farmers Market. Together, the Lucky’s Farmers Market team—which includes Pat Gilliland, co-founder of Sunflower Farmers Market; Tim Overlie, a natural products retail veteran from Wild Oats Market; and Jason Brown, founder of Organic To Go—has more than 100 years of experience in natural products retail, Sharon says.

For its initial expansion, Lucky’s is concentrating “on the heartland of America because it is an underserved market with high education numbers and good family values,” says Sharon, who's also president of Lucky’s Farmers Market. The first cities that will become home to Lucky’s Farmers Market were selected because they are university towns like Boulder, where the original Lucky’s Market has successfully competed in a very crowded natural retail market over the last 10 years.

The retailer plans to use its Boulder model of offering lots of “mainstream, natural, organic and locally grown foods” at competitive prices as strategy for success in its expansion markets, says Gilliland, CEO of the new retail chain. Lucky’s Farmers Market’s new locations will be twice the size of the current Boulder store, which Sharon says has been profitable since it was founded in 2002.

Lucky’s will feature a state-of-the-art inventory system that enables just-in-time fulfillment, says natural products veteran, Jason Brown, senior vice president of business development for Lucky’s Farmers Market. “We will make sure our customers have what they need, when they need it.”

The new venture’s strong, long-time vendor and distributor relationships will enable it to offer the high-quality food at lower prices, adds Gilliland. “Another advantage we have over our competitors is the ability to negotiate favorable terms with our vendors,” he says. “Even though we are relatively small, our vendors have faith in our concept and capability to grow the brand.”

Lucky’s Farmers Market is not the only natural retailer eyeing the Midwest for expansion opportunities. Whole Foods Markets and Natural Grocers by Vitamin Cottage have both opened Midwest stores over the last year, including in Nebraska, Montana, Idaho and Michigan.