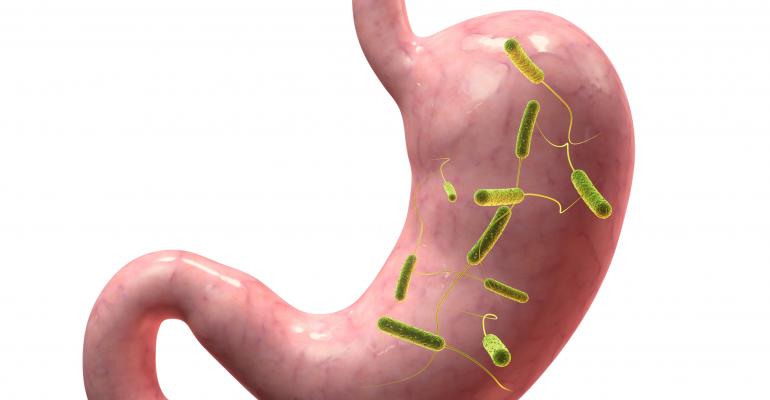 Experts say the development of nutrition product formulas that target bacteria in our stomachs is a promising concept though it&#39;s final realization could still be decades away.

When the invite list ranges into the trillions and the festivities have been rocking for millions of years, it’s hard to imagine being early to the party, and yet, according to industry thought leaders, companies eyeing entry into micriobiome focused nutrition products are decades early.

The party in this case is happening in the human gut where the dance floor is crowded with trillions of bacteria in an unknown number of strains performing an uber-intricate dance impacting every organ and system in the human body. The right pre/pro/syn/cobiotic formula could have tremendous market potential for any number of diseases and conditions from obesity to autism, but scientists in the field call ideas about monetizing the microbiome hopelessly premature.

“A lot of this is just stabbing in the dark,” says gut researcher Jeff Leach speaking by Skype from his tent on a Tanzanian mountaintop. The problem, says Leach, is that scientists have gotten only a glimpse of the bacterial guest list. The American Gut project plans to sample the microbe makeup of 20,000 people round the world but even that will not come close to revealing a path to market. That global gut census might tell us who’s there but how they interact—the dance steps—is unlikely to come clear for decades. Leach contends that “a greater diversity of bacteria is a good thing,” but nobody knows where they are going, much less how to get there. “There are a billion companies that are going to figure out real quick that ecosystem restoration through nutrition is very complicated.”

Rob Knight, the University of Colorado scientist leading much of the research, is very direct. “Yes, it's too early,” Knight writes by email. “Much of the basic knowledge we need about which microbial changes will lead to improved health—as opposed to resulting from improved health—has not yet been done.”

The team at Colorado-based Microbiome Therapeutics doesn’t claim to have cracked any large chunk of the code but they are focusing on specific conditions and disease. Their first product, NM504, is in clinical development as a treatment for diabetic and pre-diabetic patients. The target is narrowly defined, says CEO Steve Orndorff . “This is all specific to certain clinical conditions,” Orndorff says. “We are not developing functional foods. We are not developing dietary supplements.” Orndorff isn’t even sure which regulatory path will take NM504 to market. FDA is beginning to revisit its definition of medical foods and it’s unclear in what category the formulation will fall. “We’re either going to have a prescription drug or, depending on the position of the FDA, maybe a medical food.”

While Microbiome Therapeutics has other products “in the pipeline,” Orndorff ’s not making any bold predictions and barriers to entry for legitimate products are high. “This isn’t for the faint of heart,” he says. “It’s costly to do this kind of research and a lot of the tools are still being developed. That won’t, however, stop other players who may not have the scientific validity from tackling the problem from a marketing position,” he says. “It’s only a matter of time before we see some of these fringe companies throwing the word microbiome on the products.”

Leach says the most plausible claim nutrition companies might be able to make at the moment is “microbiome friendly” and he worries about the media and the nutrition industry leapfrogging the research. “People want it to happen now, but it’s going to take decades.” Others are more alarmist. Natasha Trenev, founder of Natren, has been in the probiotics business for decades. Her family made yogurt for the Yugoslavian royal family. She is an evangelist on the benefits of probiotics for digestive health but the idea of nutrition companies wading into the microbiome scares her. “We are like infants playing with nitroglycerin,” Trenev says. “I am glad there is a lot of focus on this but what happens is marketing people come in.” Consumers whose immune systems are already compromised may be taking risks by ingesting microbe concoctions with multiple strains and concentrations. “Nobody is looking at this holistically,” she says.

At UAS Laboratories, CSO Greg Leyer is looking at this cautiously, very cautiously. UAS is probiotic-focused but the microbiome is not ready for the market. It’s not even ready for the UAS research budget. “We are keeping a very close eye on the research to see what products are coming down the pike but there are ramifications yet to be addressed,” Leyer says. Nobody should be adding ingredients to a recipe they can’t read. “From a safety perspective, the question is going to be ‘what’s the impact of consistent consumption of that ingredient long term?’ The answer is, ‘We don’t know.’”

For Leach, the first challenge is simply finding out what a healthy microbiome looks like. In Africa, he is examining the feces of Hadza hunter gatherers, looking for a model as close as he can get to the microbiome that evolved alongside ancient humans. Their guts reveal a microbiome far more diverse than what he’d find in the hyper-sanitized, antibiotic-barrage of modern civilization.

The only microbiome restoration now known and practiced is the fecal transplant, not exactly a marketable idea in the mainstream, though trials in Australia have produced noteworthy benefit and a DIY movement is burgeoning there. Even FDA is starting to pay attention. But playing devil’s advocate, where would that optimal transplant come from? Not Walgreens. “Would you rather take a fecal transplant from a modern American human or from a chimpanzee?” Leach asks. “I would take it from the chimpanzee.”