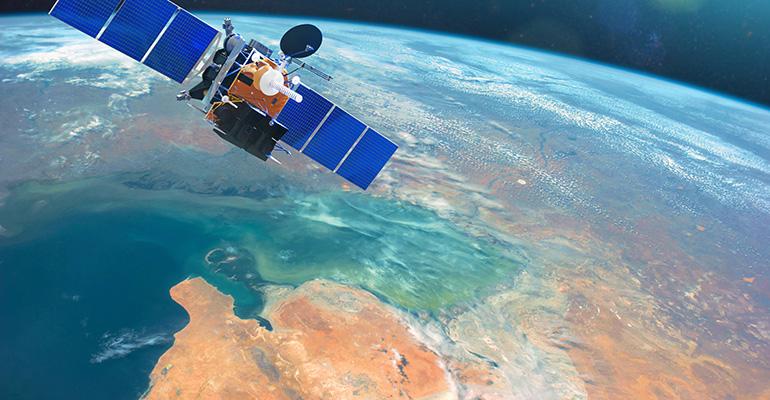 What do these statements have in common?

As The Washington Post reported Sunday, we don't have reliable data about greenhouse gas emissions. Apparently, we've been relying on emissions reports that countries are supposed to submit annually to the United Nations. The Washington Post's story pulls back the curtain on that information, exposing it as flawed for several reasons. First, developed countries are supposed to follow different reporting rules than developing countries follow.

Second, the governments write and submit the reports—if they want to. In 2019, only 45 of the 196 countries turned in their homework. China generally submits a report every five years. Their last one was in 2014, according to The Washington Post. But China's not alone. Iran's last report was submitted in 2010; Qatar's in 2007; and Algeria's, 2000.

Related: Natural products industry has a responsibility to do more

But even the reports that are turned in aren't all that valid. The Washington Post, with the help of independent laboratories, calculated that actual greenhouse gas emissions are 8.5 billion tons to 13 billion tons higher than the U.N. reports posit. On the low end, that's about what the United States' annual carbon emissions total; on the high end, it's closer to China's, the newspaper says.

Lastly, U.N. rules for emissions reports aren't audited or even based on actual evidence such as atmospheric sensors or satellite measurements. I can't explain it better than the Post's reporters did:

"Rather, the guidelines ask scientific bookkeepers in each country to quantify levels of a particular activity. This includes the number of cows, whose burps makes up 4 percent of total greenhouse gases, the amount of fertilizer used or how much peatland was converted to cropland in a given year. Then, countries multiply those units by an 'emissions factor'"—an estimate of how much gas each activity produces—to determine a total for everything from belching cows to tailpipe emissions.

"But those counts easily can be wrong, and so can the emissions factors. When that happens, emissions reporting becomes little more than guesswork, a case of 'garbage in, garbage out.'"

It's this flawed information that the Paris Agreement was based on. Clearly, that's a problem. Ray Weiss, an atmospheric scientist at the Scripps Institution of Oceanography in San Diego, told The Washington Post, "The commitments of the Paris agreement without measurements of actual atmospheric emissions are like the parties going on diets without ever having to weigh themselves."

So how and when will we learn just how much carbon emissions are hanging over our heads?

Beginning Nov. 4, world leaders, scientists, activists and media have gathered in Glasgow, Scotland, for COP26, the United Nations Climate Change Conference UK 2021. What's known as the Paris Agreement, the legally binding international treaty on climate change, was reached at COP21 in December 2015, and went into effect in November 2016.

Also in Glasgow, The New York Times is hosting ClimateHub, a series of discussions and debates on the many issues surrounding climate change.

Known for raising awareness of climate change during the 1990s, former Vice President Al Gore discusses in a ClimateHub session what data is needed to reduce greenhouse gas emissions. The Nov. 3 session took place before The Washington Post's story was published.

Information we've had on greenhouse gas emissions has been coming from polluters and countries, Gore notes. But he is part of a collaboration of artificial intelligence companies, technology firms, nongovernmental and nonprofit agencies, and researchers that already gathers and analyzes emissions. Climate Trace uses satellites; ground-based, water-based and air-based sensors; and data streams to collect and analyze emissions. Among the surprising findings in the Nov. 1 report, Bringing Radical Transparency to Global Emissions, Gore says, are that emissions from oil and gas production and refining are twice as high as had been reported. Emissions from rice production in India is three times higher than what was reported, as well.

"The goal of Climate Trace is to provide extremely detailed emissions data for every major emitting source, down to the individual power plant, ship, oil rig, and manufacturing facility," the website states. Gore says the goal is to supply monthly and weekly data from every source of emissions in the next year. The information available now is from 2020, but its data will be released on a rolling basis to the public via its website.

With real-time data, companies and governments can be held accountable if they breach emissions agreements or pledges, he says. The public and investors can know what's happening, not just what the executives tell them, and demand changes when they are needed.

Although Gore did not specifically discuss the emissions reports that the U.N. receives, he pointed out that attendees of future COP events will have accurate information instead of the estimates highlighted by The Washington Post.

Where does agriculture fit in?

Climate Trace calculates 303.96 billion tons of carbon dioxide-equivalent emissions were created worldwide from 2015 through 2020—not including forest and land use emissions. During the time studied, emissions increased 1.5%, the organization reports.

Worldwide, agriculture accounts for 38.27 billion tons of carbon dioxide-equivalent emissions for the years 2015 through 2020, or about 12.6% of all emissions in that time period.