HomeNewsMore promos, price investments key to Whole Foods' 2016 strategy
Recent
Latest
Innovation at Milkadamia is a weekly exercise
May 27, 2022
Sponsored Content
Are there potential carcinogens swimming in your biobased laundry detergent? – article
Rowdy Mermaid disrupts functional beverages with science-based innovation
May 26, 2022
Monitor: Environmental claims confuse consumers—even natural shoppers
May 26, 2022
Trending
Getting ready for 2023: Trends for brands to consider
May 17, 2022
Natural beauty market trends
Jun 16, 2021
Podcast: What brands need to get on shelf at Fresh Thyme Market
May 24, 2022
The Planting Hope Company aims to prove gender equity leads to success
May 23, 2022
Natural Foods Merchandiser
brought to you by 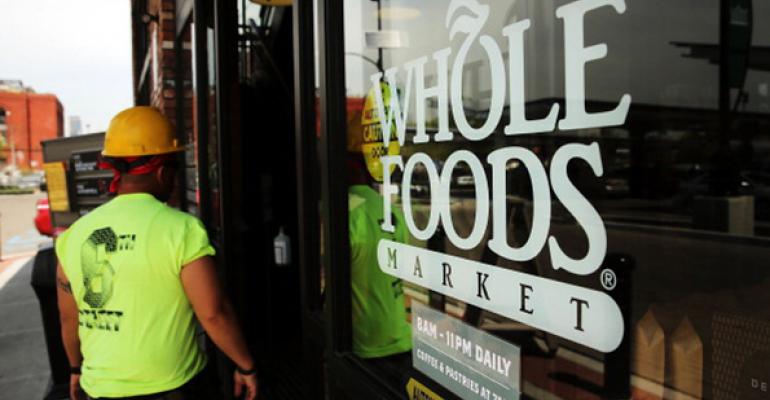 As Whole Foods Market prepares to launch a new store format in May, leadership highlights moves to improve the retailer&#39;s price perception and its operating costs.

Whole Foods Market’s first-quarter earnings took a more upbeat tone than recent quarters as the retailer posted record sales of $4.83 billion, an increase of 3 percent from the previous year, and earnings per share of 46 cents. However, in the 16 weeks ending Jan. 17, Whole Foods saw comparable store sales decline 1.8 percent, which Co-CEO Walter Robb attributed to a highly competitive environment and cannibalization.

But the executive team emphasized that the company is making progress on its nine-step plan to differentiate and improve the store’s price perception. “We stepped up our value offerings to customers, primarily through more and deeper promotions,” Robb said. “Over the remainder of the year, we plan to continue our promotional strategy, including more personal offerings, and increase and broaden our price investments as well.”

A.C. Gallo, chief operating officer, noted that the focus for promotions has been and will continue to be in perimeter departments. Meanwhile, though, Whole Foods is developing a more thorough category management strategy that will allow it to look carefully at categories in center store to identify the best places for price investments and promotions.

Another part of the price and promo focus is expanding Whole Foods’ affinity program to another test market in the third quarter of this year and adding digital coupons to its app.

Expense savings were another big part of the retailer’s first-quarter results story. Last year, leadership unveiled a plan to reduce the company’s expenses by $300 million by the end of 2017—a target Robb said it is on track to meet. In the fall, Whole Foods cut 1,500 jobs and implemented a labor scheduling program. Ken Meyer, executive vice president of operations, said this program has been extremely impactful in matching up employee schedules with customer flow in stores and creating more efficient workflows.

Leases have been signed for 13 365 by Whole Foods Market stores, with the first in Silver Lake, California, set to open in late May; followed by Lake Oswego, Oregon, in July; and Bellevue, Washington, in August.