HomeNewsNatural product company news of the week
Recent
Latest
4 tips to get ahead of chemical concerns in packaging
May 20, 2022
7 CBD favorites in the increasingly popular gummies format
May 20, 2022
Mission MightyMe helps parents introduce allergens to babies
May 20, 2022
UNFI's Eric Dorne to step down as chief operating officer
May 20, 2022
Trending
Whole Foods' honors 30 companies with 10th annual Supplier Awards
May 18, 2022
Getting ready for 2023: Trends for brands to consider
May 17, 2022
Sponsored Content
The rise of sustainable business – eGuide
Sponsored Content
Natural beauty market trends
Jun 16, 2021 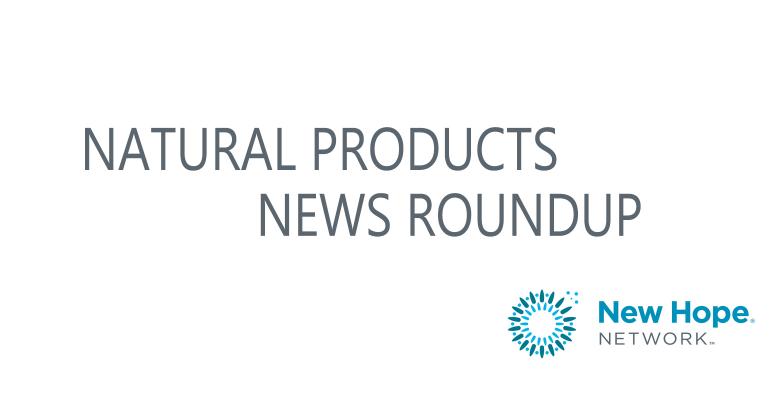 A roundup of announcements from natural product companies this week, including a new paleo muffin brand and two new brain health supplements from Suncoast Health Brands.

Vital Essentials' new line of freeze-dried snacks for dogs, VE RAW BAR, is made up of 11 flavors including Duck Feet, Turkey Tails and Rolled Salmon Skins.

More organic and vegan offerings are on the way from Just Desserts, which is debuting a line of organic cupcakes and a single-serve chocolate mini bundt cake at IDDBA in Houston.

Arla Foods Ingredients is promoting the possibilities presented by acid whey as part of a new campaign called Maximum Yield. Acid whey is a by-product of a number of popular dairy goods—most famously Greek yoghurt, but also a number of cheeses including cottage and cream cheeses. Traditionally companies have treated acid whey as waste. But when further processed, in combination with whey proteins, it offers enormous potential as the base for a range of dairy products.

Maker of instant ready paleo muffins, MuffinElse, announced its official debut at the Paleo f(x) expo in Austin, Texas. The single-serving packets are soy-, dairy- and grain-free, and each has 6 grams of protein.