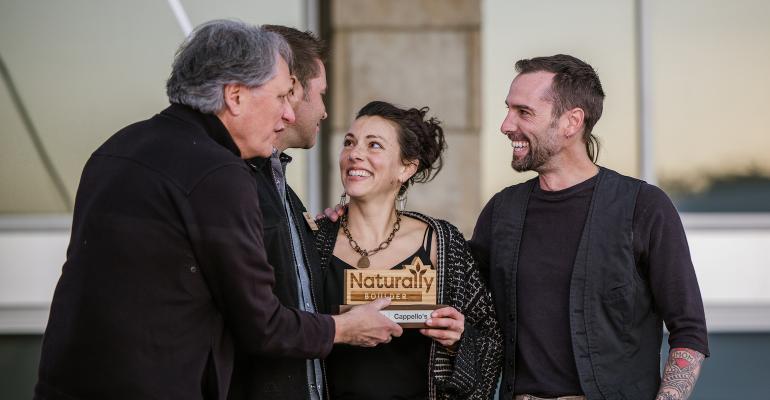 Naturally Boulder, the state’s leading organization committed to promoting organic and natural products businesses, has announced changes to its annual Pitch Slam & Annual Awards. The 18th Annual Awards ceremony is scheduled for 6 p.m. Wednesday, Nov. 16, at the historic Boulder Theater. Naturally Boulder will debut three new categories and reinstate a previously discontinued award to honor and support even more individuals and businesses in the industry.

Longtime sustainability advocate and Applied Ecological Institute Director Tina Owens will conduct a fireside chat with Naturally Boulder Executive Director Bill Capsalis on “How to nurture a global citizenship mindset.” New Hope Network Editor Todd Runestad will serve as master of ceremonies. The organization will host its usual competitive Shark Tank-style Pitch Slam on Feb. 23, rather than alongside the awards event.

Naturally Boulder will recognize this year's Conscious Business Catalyst(previously called Climate Catalyst Award)and present the Lance Gentry Gentry, who died in 2012, was instrumental in scaling Justin's Nut Butter from a popular farmers market treat to a national brand. The award highlights a Colorado organization that has made significant innovation through a new product, packaging, service or process.

"Some rare people come into your life and shift the trajectory of your business or change you personally. Lance Gentry was one of those special individuals. He significantly altered the arc of several local companies, including IZZE and JUSTIN'S. In his short but amazing life, we were lucky to have him as part of our community. We're pleased to honor his legacy with this award in his name,” Capsalis said.

“From brand new companies that are finishing their first round of funding to brands with 40+ years under their belt, the breadth of the natural products companies who call Colorado home is staggering—and encouraging,” Capsalis said. “Our goal is to hold an event that really highlights the hard work of these people and their companies.”

Listed below are the finalists for the other awards that Naturally Boulder will present: